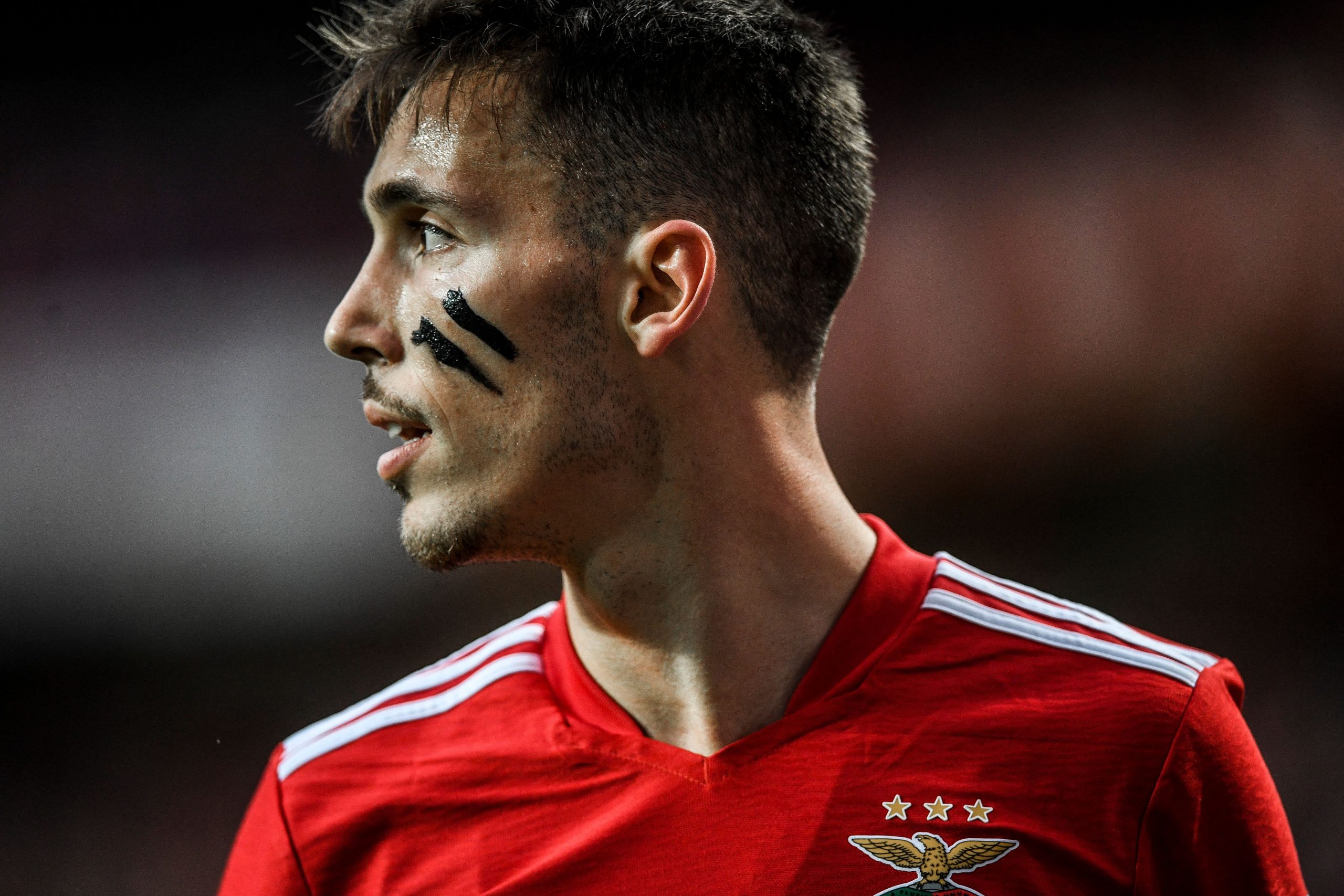 With the summer transfer window not very far away, Barcelona are stepping up efforts to strengthen their squad for the new season.

The Catalans reportedly have already closed deals for Andreas Christensen and Franck Kessie. Talks are underway to sign a new striker, with Robert Lewandowski at the top of the club’s wishlist for the summer.

Another new centre-back could be set to sign imminently, while the Blaugrana are now planning to ramp up their efforts in search of a new left-back.

Having seen Jordi Alba battle through the campaign by himself in the position, Xavi Hernandez is keen on signing a cover for the veteran Spanish international. Several names have been linked with a move, as a result, including a familiar one in Alejandro Grimaldo.

The 26-year-old spent close to eight years in Barça’s La Masia academy between 2008 and 2016, before signing for Benfica in January that year. Having made close to 100 appearances for the Catalans’ B team, Grimaldo never got a first-team breakthrough, forcing him to try his luck elsewhere.

Things have worked out great for the left-back in Portugal, as he has established himself as one of Benfica’s most consistent performers year after year. However, Grimaldo’s contract with the club expires in 2023.

And as things stand, the defender is not keen on signing a renewal. In fact, Mundo Deportivo is claiming that Grimaldo is prioritising a summer return to Barcelona. It has left Benfica in a difficult place as they could lose him for free next year if they do not sell him in the upcoming window.

Barcelona, for their part, are interested in the possibility of re-signing Grimaldo. The 26-year-old is one of the most popular choices to succeed Alba as the next left-back due to his know-how of the club’s style of play and philosophy.

Barça have also been impressed with his attacking capabilities, while his contract situation also makes him a financially viable option for the Catalans. To that end, they have now scheduled a meeting with Grimaldo’s agent to explore the possibility of a transfer.

Benfica, for their part, could demand a fee of €20 million for their star defender. It remains to be seen if Barcelona are willing to meet those demands or move for a cheaper alternative like Celta Vigo’s Javi Galan.