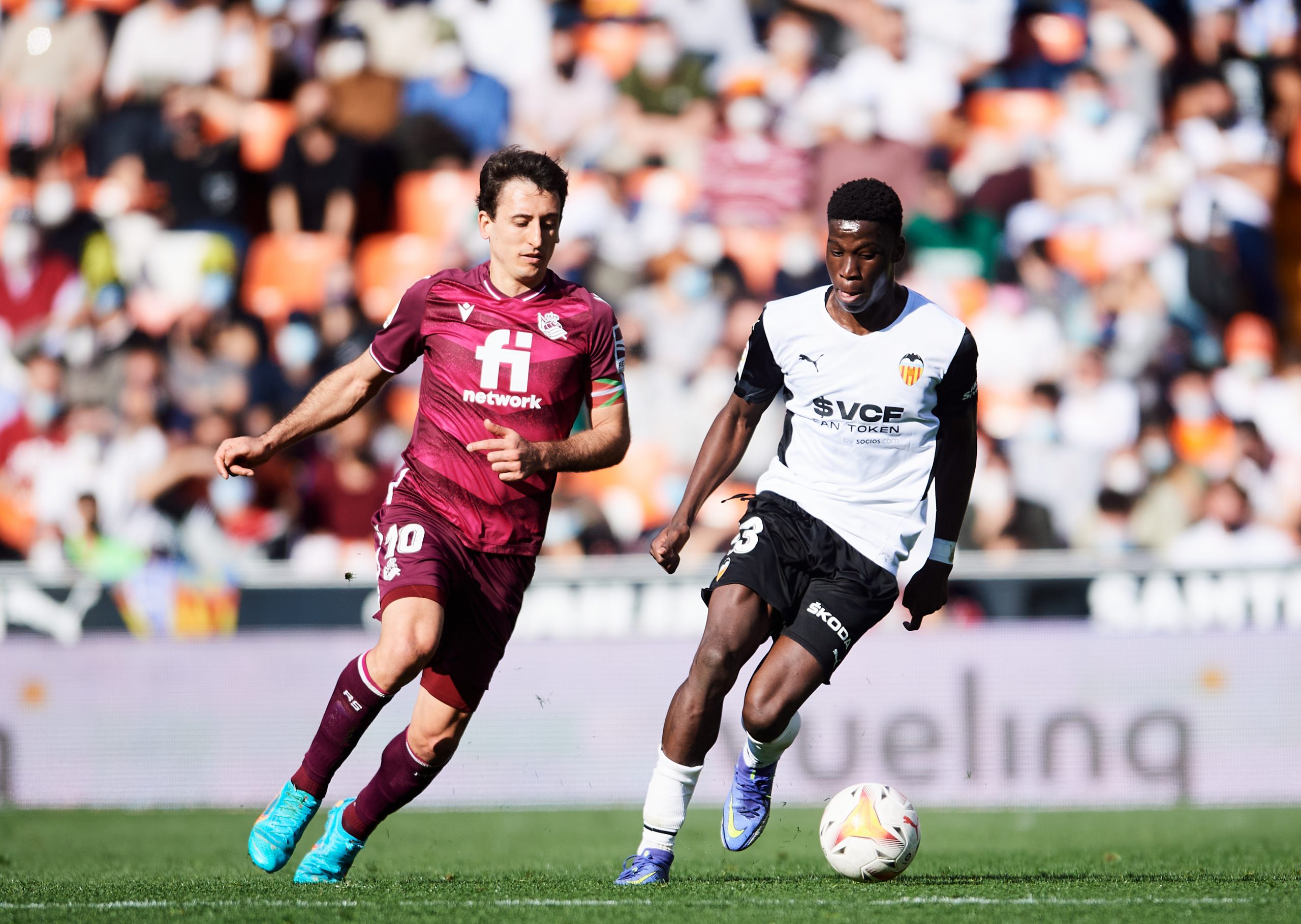 When Ilaix Moriba burst onto the scenes at Barcelona last year under Ronald Koeman, there was a lot of excitement among the fans.

The La Masia graduate quickly embedded himself into the first-team setup and featured quite regularly in the second half of the 2020/21 season, even getting more game-time than accomplished midfielders like Miralem Pjanic.

However, the teenager’s time at Barça came to a disappointing end as he was sold by the club last summer due to his unwillingness to lower his wage demands. With his contract expiring in 2022, the Catalans decided to cash in on him rather than lose him for free a year later.

German giants RB Leipzig ended up signing Moriba in a deal worth €16 million. But, as per Mundo Deportivo, the Bundesliga outfit are already pondering over the prospect of selling the midfield prospect in the upcoming summer window.

Moriba hardly got a look-in at Leipzig early on under former manager Jesse Marsch. And things did not improve under his successor, Domenico Tedesco, with the youngster’s attitude and application being questioned, which eventually led to a loan exit to Valencia in January.

Back in La Liga, the 19-year-old has had some positive displays, and Leipzig are now keen on capitalising on it by selling him off on a permanent basis. Should that happen, Barcelona will stand to gain financially.

Indeed, the Blaugrana had inserted a 10% sell-on clause in their agreement with the German outfit at the time of Moriba’s sale and could now reap the benefits of it as the Saxony-based team are seriously considering offloading the teenager.

Moriba has a contract with Leipzig until 2026. And his wages could prove to be a stumbling block in the club’s attempt to get him off the books come summer. But, should they be successful in doing so, Barcelona will gain a few million from the operation.