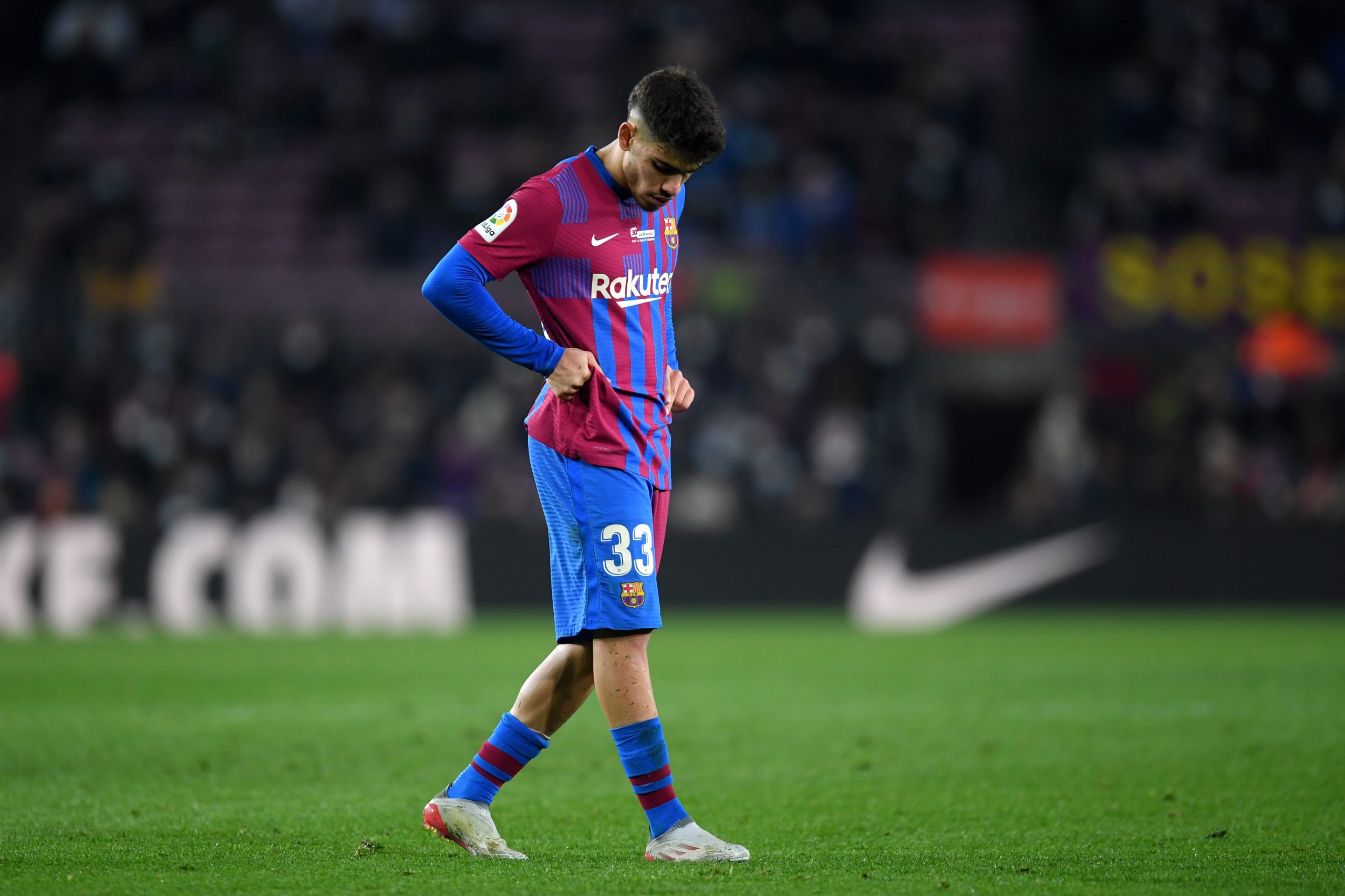 In a fresh development, it appears Barcelona are set to hand Ez Abde a contract extension, reports SPORT.

The young winger has made quite an impression since joining from Hercules CF last summer, for a fee of just €2 million. Although he was roped in to strengthen Barcelona B, the senior team’s lack of attacking depth and injuries saw him appear in quite a few matches during the first half of the campaign.

Abde did not disappoint either, raising many eyebrows with his dynamism and trickery out wide. Unfortunately for him, the January additions of Pierre-Emerick Aubameyang, Ferran Torres and Adama Traore forced him back to the Barcelona B squad.

Abde’s current contract at Camp Nou expires in 2024. And as per the report, the Catalans are looking to reward him with a contract extension until 2026.

However, the renewal will not guarantee the youngster’s stay at the club. Barcelona, in fact, are hoping the contract extension could further drive up the price tag of the youngster, who is courted by a series of clubs across Europe.

Abde himself might be keen on sealing a move away from Camp Nou, knowing he has no place in the first team after the addition of Raphinha, coupled with the renewal of Ousmane Dembele.

Although the Moroccan international is currently in the United States training with the Barcelona side, he may soon be set for a move away from the club, on loan or permanently.

Sevilla have been mooted as the likely destination for the young winger, with Barcelona hoping to use him as one of the makeweights in the deal to sign top target Jules Kounde this summer.