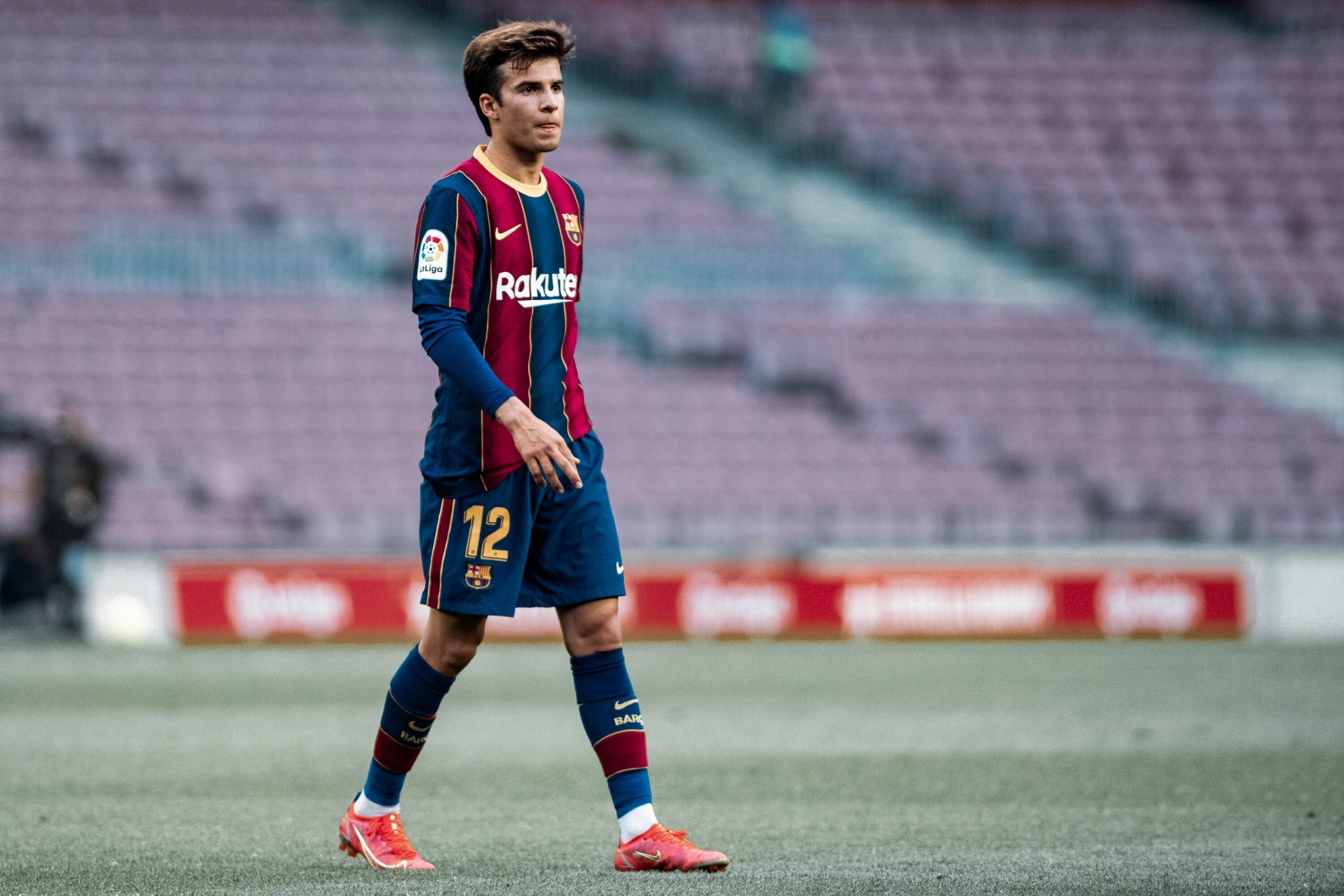 Having played a pivotal role for Quique Setien’s side towards the end of his tenure, many expected the 2020-21 season to be Riqui Puig’s breakout campaign. This could not have been farther from the truth. Touted as the seemingly undisputed heir to Xavi Hernandez’s throne, Barcelona’s crowned prince seems farther from it than he ever could have fathomed himself being.

In this article, Barça Universal explores Riqui Puig’s profile, the calamitous season he all-so-helplessly endured, culminating in a rating of his season.

A look at Ricard ‘Riqui’ Puig

As a club, Barcelona are one of the most strict in modern-day football with their specifics in terms of player profiles. Such an unbending approach to style or philosophy is born out of historical precedence and the timelessness of the brand of football. Had La Masia, the Catalans’ world-renowned talent factory, been tasked with engineering just one player to embody their values, then that footballer would most certainly be Riqui Puig.

From his playing style, all the way down to the stereotypically minuscule body frame, the 22-year old is the physical manifestation of the Barça way, honed by Garcia Pimienta.

Given his position as a creative midfielder, it is of utmost importance that he be a master in the art of passing; and a master he is. With his cunning, agility on the ball, and seemingly innate ability to distribute it and evade opposition press, Riqui is the football romantic’s dream. Much like Xavi Hernandez back in the day, the Barcelona number 12 is never one to seek out a pass without first weighing his options. Unlike many in the modern game, this analysis is done long before he even receives the ball.

With his hawk eye, he surveys the pitch, scanning the best possible areas in which to situate himself. Thanks to his pristine understanding of space-time, and his burning desire never to waste a second on the pitch, movement of the ball — which itself seems to be an extension of his body — is aesthetically fluid. Why wouldn’t it be? He is well aware of not only where he is, but everyone else, too.

Without the ball, Riqui still stands out for his ever-proactive approach to matches. Averaging 25 pressures per game, the La Masia graduate is nothing short of a pressing monster. His explosiveness and exuberant attitude towards this phase of play make him a force well worth reckoning, despite his physical stature.

In terms of game reading ability, the academy graduate is at a level of his own. With his speed of thought, intricate passing and exceptional positioning, he makes the most out of the bleakest of situations. Circumstances where others would struggle are briskly turned into opportunities to flourish. Barcelona’s possession-oriented brand of football requires space interpreters capable of lacerating opposition defences to create numerical and positional superiorities on the ball. Riqui is and always has been a risk-taker, but a calculated one nonetheless.

Given his profile, it is easy to understand precisely why so many are distraught at the prospect of him not being at the club much longer. He is a diamond just barely in the rough, needing that one person to believe in him to make that next step. One such person seems to be the president Joan Laporta, who believes that the midfielder is a key part of the club’s future and needs to play more often.

A season well worth forgetting

With every month that passed since the start of the campaign, speculation around Riqui Puig’s future grew all the more dull. Culés, frustrated with their crown jewel’s crude and unjust treatment, acted within their power and made their protests heard all over social media. Despite the endless outrage, the complaints fell on indifferent, deaf ears. Many theorised that the ostracism he befell came from Ronald Koeman’s not-so-hidden agenda against the youngster.

After all, he had a similar falling out in his Everton days with Oumar Niasse from day one, and the idea was that Koeman had a similar agenda against him. These claims should, however, be taken with a pinch of salt.

At face value, there indeed appears to be an agenda against the youngster. However, these claims have no real basis to support them. First, it has nothing to do with physicality, given Pedri Gonzalez, an almost identical player — more so in his build than in his style of play — has featured in 52 matches, and this too at 18 years of age.

It wouldn’t be age either, as Pedri, Sergiño Dest, and Ansu Fati (when available) are all younger and have featured for much longer in the side.

The academy factor can equally be taken out of the equation, as Koeman has — to the unfortunate frustration of the fanbase — used Ilaix Moriba instead of him in midfield. Oscar Mingueza, while brought in by default rather than by design, became an integral figure in the Dutchman’s unit.

Last season, a handful of matches were such where his particular skill set would have been of use, but he only got to see the light of day with just moments left to play when nothing was salvageable. This has pushed even the president to take action, as he reportedly told Koeman to use him more in the coming season.

It begs the question: is the blame on Koeman, or is it the player? The manager sees him in every training session, where reports state his output is unsatisfactory. Koeman knows all his strengths and weaknesses yet decides not to play him. Not only him, but the two who preceded him at the Catalan capital didn’t take a liking towards him either, only playing him when alternatives ran out or when there was nothing to lose. Something to ponder on.

Given the expectations, last season ended in vain for Riqui Puig. Not out of his own deficiencies, as he stepped onto the pitch on every occasion, he was remarkable in his play, but out of those of his manager. With several figures set to depart from the team in the upcoming transfer window, next season offers a chance for vindication. He has to grab every opportunity by the horns and prove his manager wrong.

The average rating isn’t out of his performances meriting it but simply out of the fact that the sample sizes from which to judge him this season were far too small. While he has shown his class, this has been a below-average season for him.