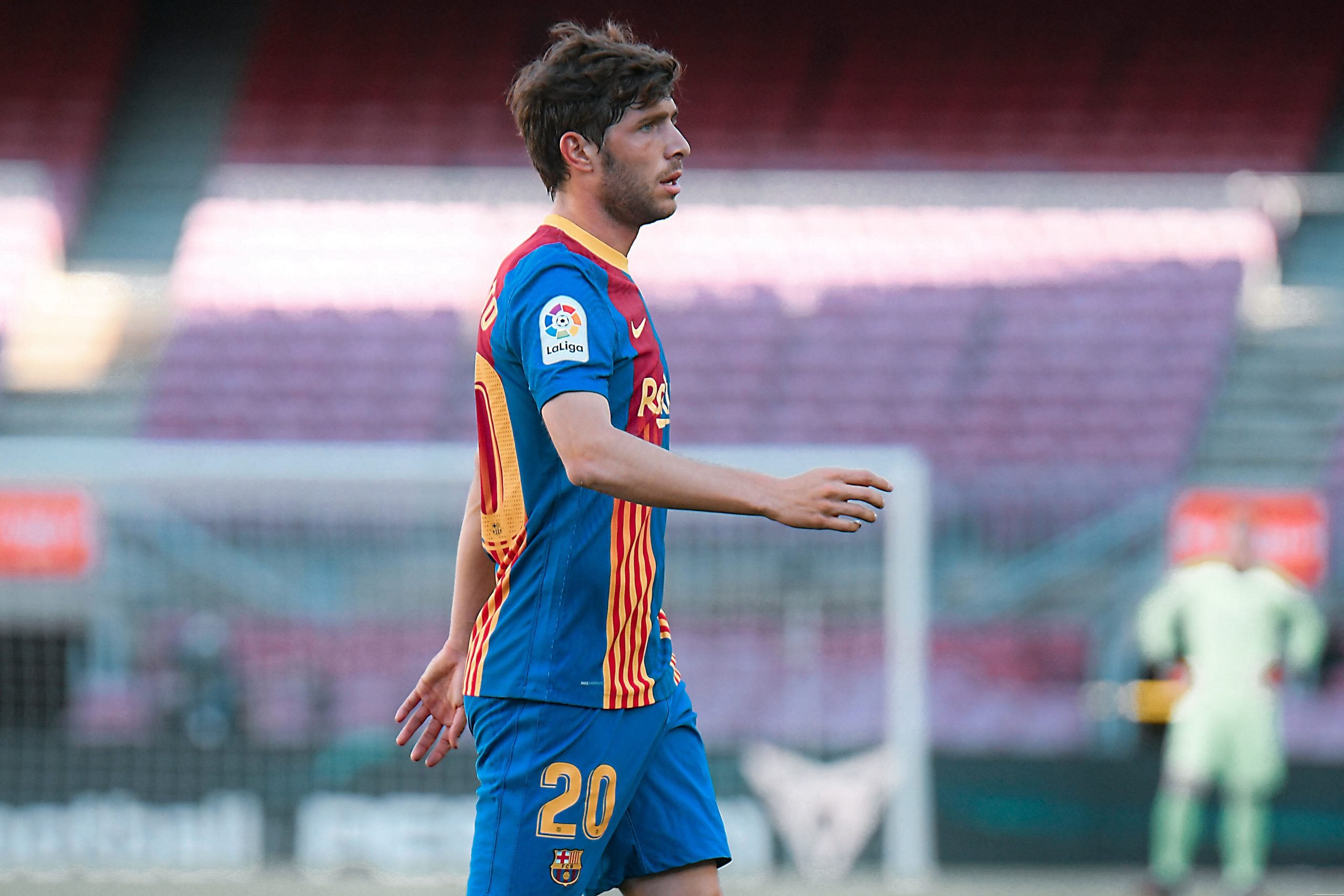 Just as every manager hopes for a prolific goalscorer or dependable shot-stopper, versatility is equally as important. These are players capable of filling in multiple positions and tactical roles, and their value can not be understated. In addition to tactical flexibility, they provide an offset to squad injuries, poor form, and the ability to shake things up in-game.

Versatile players often have the reputation of being merely squad options or rotation pieces, although that isn’t always the case. In fact, some of world football’s biggest names can be classified as “versatile pieces”, such as Bayern Munich’s Joshua Kimmich or Atlético Madrid’s Marcos Llorente.

For Barcelona, Sergi Roberto has filled that void for the last few seasons, capable of filling in in the midfield or full-back positions. Still, there comes a point when being a “jack of all trades and master of none,” has its limits, as proven time and time again throughout the 2020/21 campaign.

Roberto’s season was one to forget – full of injuries (including a bout with COVID-19) and sub-par performances. And after over a decade at the club, it could also be his last. With his contract expiring next summer, being 29-years old and reportedly not being given a long-term deal, not to mention the presence of Sergiño Dest, Oscar Mingueza, and Emerson Royal, who has been brought in this transfer window, he may be deemed surplus to requirements.

With that in mind, let’s analyse and examine Roberto’s past season.

Heading into the 2020/21 season, the expectations surrounding Sergi Roberto were the same as they’ve always been. Namely, solid, dependable (and arguably understated) performances that were nothing too other-worldly nor disastrous.

Still, although expectations remained the same, the competition for the right-back spot didn’t. For the previous three seasons, Roberto competed with Nelson Semedo. But in October 2020, Barça replaced Semedo with Sergiño Dest from Ajax.

In many ways, Dest was one for the future – only 19-years old at the time – thus, Roberto’s starting position was safe. However, the American had particular traits such as a natural inclination to burst forward and take opponents on that Barça lacked from the right-back spot ever since Dani Alves left in 2016.

Dest was (and is) far from a final product, but he would provide healthy competition for Roberto, eventually overtaking him in the starting eleven.

In the first five matches of the season, Roberto earned the starting position at right-back, scoring a goal in Barça’s 3-0 away win at Celta Vigo. His competition, Dest, played a few games at left-back due to injuries to Jordi Alba.

Nevertheless, after a subpar outing against Getafe, Roberto was put on the bench for the illustrious El Clasico in late October but regained the position for the following three matches. By late November, the Spaniard featured in ten out of eleven possible fixtures, tallying one goal and two assists.

Unfortunately, his season would practically come to an end on November 21 against league-leaders Atlético Madrid. At the Wanda Metropolitano, Roberto suffered a thigh injury that kept him on the sidelines until early April. To make matters worse, he tested positive for COVID-19 in early December.

With his injury spell, Dest and the newly-promoted Oscar Mingueza were given extended runs at right-back. Consequently, the youngsters made the position their own. Dest’s threat in the final third was more dynamic than Roberto’s, and Mingueza offered more defensively. Admittedly, both lacked Roberto’s quality in possession, composure, and experience.

In early April, Roberto returned to a new-look Barcelona. Specifically, Ronald Koeman was utilizing a 3-5-2 or 3-4-3 formation, emphasizing width and verticality on the wing-backs Dest and Alba. Playing higher up the pitch and with less defensive responsibility, Dest and Alba operated as wingers, and both excelled. On the other hand, Roberto’s strong suits were never pace, taking defenders on, or making runs behind the lines.

More adept at close control and slower buildup, not to mention clear fitness issues, the Spaniard struggled immensely in his return to the squad. He was clearly out of place as a wing-back, and Koeman’s preferred midfield trio of Sergio Busquets, Frenkie De Jong, and Pedri could not be broken up.

Against Granada on April 29, one of the team’s biggest matches of the season where a win would see them placed first in the table, Roberto was played at wing-back yet again, despite signs arguing otherwise. The Catalans ended up losing 2-1 at home, and the 29-year old put up a forgetful performance, not showcasing the vertical directness needed of a wing-back nor defensive cover.

Admittedly, it was a curious decision from Koeman, who chose to rotate the squad at the most inopportune of times.

Roberto would end the season playing 70 total minutes in the following three matches and missing the last two due to a hamstring injury. Due to injury, poor form, and a lack of position in the squad, he was no longer “Mr. Dependable”.

Roberto’s injury-plagued season (20 total appearances) was more or less an outlier, having appeared in an average of 45 matches over the previous five seasons. But, certain shortcomings remained ever-present, such as a lack of directness in the final third and exploitable defensive cover. In terms of a rating, a 4/10 is justifiable given his injury spell, the arguments of a lack of fitness in the closing end of the season and being played as a wing-back.

Despite his versatility, Roberto was somewhat always a square peg in a round hole at right-back, and that was exacerbated with the introduction of a wing-back role. Now with natural right-back options such as Dest, Mingueza, and Emerson, who is yet to play for the Blaugrana, and more reliable midfield options, Roberto could reinvent himself in another team. In fact, he is reportedly being eyed by world-beaters like Manchester City.

Roberto’s story with Barcelona could be at an unceremonious end, but his name will forever be etched in history for that role he played in the Remontada.