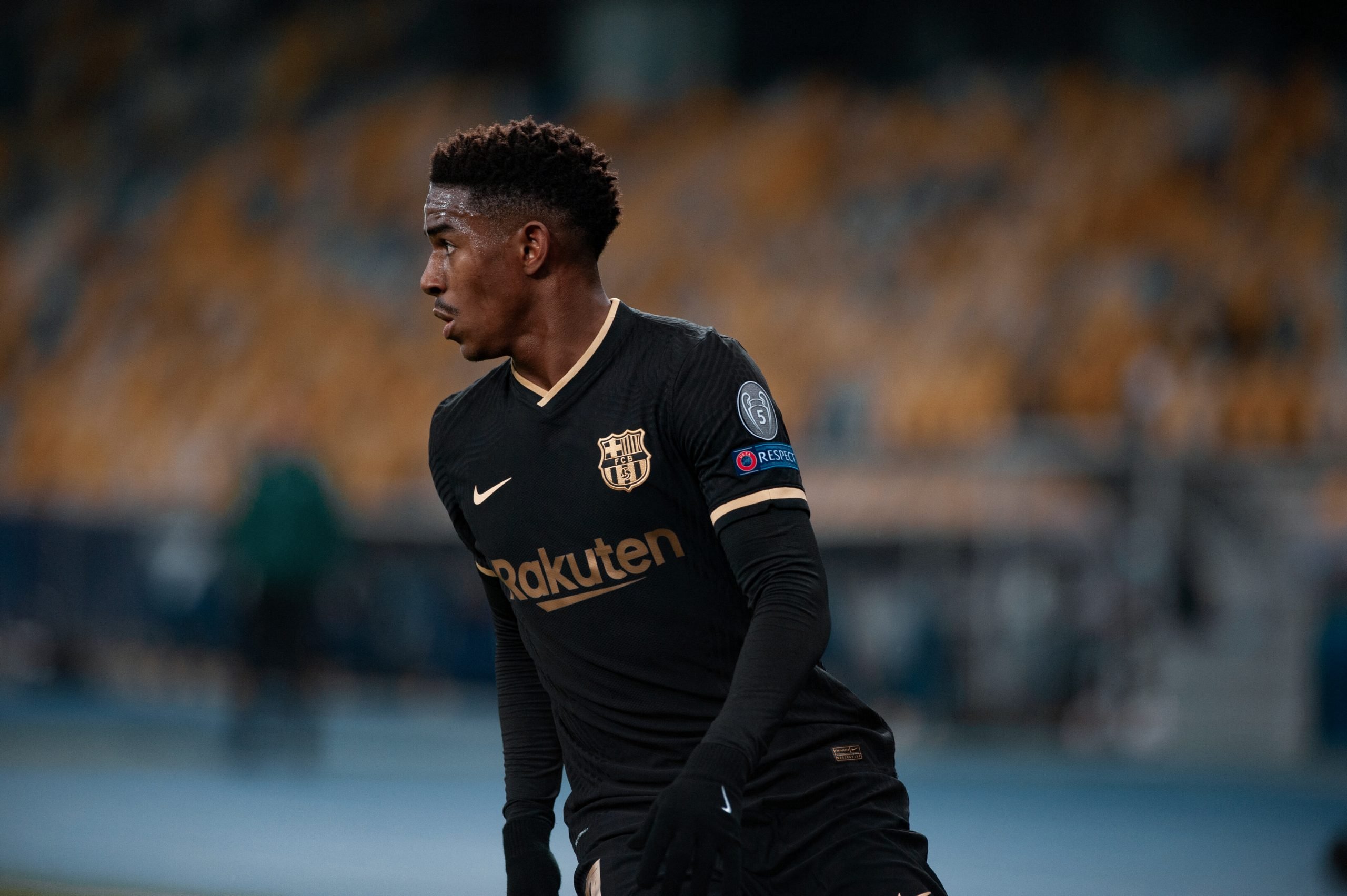 The case of Junior Firpo at Barcelona has been a rather straightforward one. His stint in the revered claret and blue colours has been far from impressive, but out of compulsion more than anything else, the club have been unable to move on from the Spanish-Dominican.

In August of 2019, he arrived from Real Betis as an exciting prospect, one that would finally rectify Barcelona’s dearth of options at left-back. Under Quique Setien, he was brimming with confidence and came from a system that wholeheartedly believed in positional play and implemented it in every single game. Under Setien’s tutelage, Firpo became a key part of the Los Verdiblancos squad.

However, as with Setien’s stint at Barcelona, Firpo’s time has largely been a failure, albeit with fewer disastrous consequences than his former coach. The 2020-21 season can be considered just as forgettable as the last from Firpo’s perspective. In this article, Barça Universal looks at the fullback’s limited involvement in the team this season.

Ronald Koeman’s new-look Barcelona side set out to banish their demons from the 2019-20 campaign amid a plethora of change in the staff. One thing that remained more or less constant, however, was Firpo’s role in the first team.

Thanks to Jordi Alba cementing his place as the starting left-back, the 24-year old never really made a substantial push to knock the veteran off his perch. Firpo only ever showed glimpses of his quality but was also not given enough continual minutes to make much of an impact. In fact, he only made 18 appearances for the Blaugrana across all competitions last season, and the majority chunk of those came when Alba was briefly sidelined due to injury.

In October, Firpo made his first appearance of the season in Barcelona’s Champions League group stage opener against Ferencvaros. Like most of his term appearances, the 24-year old came off the bench and played for 28 minutes in an unremarkable cameo. Eight days later, he would play for a solitary minute against Juventus.

Firpo then had to wait for a month before stepping onto the pitch, when he made his first start of the season, after which only six more would follow. He started in the Champions League against Dynamo Kyiv and played the full 90, turning in a solid performance in the 4-0 win where fellow fullback Sergino Dest stole the show.

He then reverted to the bench once more, making brief cameos over the next few weeks before starting against Eibar in the final game of 2020. It was a poor result as the visitors held Barcelona to a stalemate at the Camp Nou. However, Firpo was one of the bright sparks from that matchup, exchanging slick passes before drilling in a cross to assist Ousmane Dembele’s equalizer to salvage a point for the Catalans.

Unfortunately, this performance did not do much in the way of changing his fortunes, as he wouldn’t be sidelined for yet another month before playing against Rayo Vallecano, only racking up 15 minutes of game time between the end of December and the end of January. The next start against Sevilla in the Copa del Rey semifinal did not help matters. He was on the brunt end of a dreadful Barcelona defence that conceded two goals against the Andalusians, leaving many believing that the cup dream was over.

But he returned to the XI against Alaves and redeemed himself with a blinder. The Spanish-Dominican was a constant attacking threat in Barcelona’s 5-1 rout, and he even got on the scoresheet for their final goal of the night. Puzzlingly, his great return somehow was rewarded by him not being played for even a single minute for the rest of the month.

The only notable game he played for the remainder of the season was the return leg against Paris Saint-Germain. He had not started, but with the early yellow card to Oscar Mingueza, Firpo came on in the 35th minute and was tasked with keeping the dangerous Kylian Mbappe at bay, which he did rather well for the most part.

After the Azulgranas failed to reverse their deficit against the Parisiens and exited the Champions League, Firpo would have to wait for almost two months before playing again. A start against Eibar once again, this time in the final matchday of the season. The highlight of his outing? A yellow card. A cruel but fitting end to a disappointing season.

The end of the road?

It is apparent that the only thing keeping Firpo at the club right now is a lack of alternatives in the left-back position. Given the nature of his stint at Barcelona, with constant managerial changes and instability, it is difficult to blame him for failing at Barcelona completely.

But the 20/21 season surely indicates that there is no scope for him in the Garnet and Blue colours anymore. It would be best for him to search for greener pastures where his talent could be better utilised.

Perhaps under different circumstances, he could have enjoyed a better spell in Catalonia, but he has not always done himself many favours. Hence, the constant speculation over the past few months that all points towards the exit for Junior Firpo. It is improbable that he continues at the club for much longer. And in the grand scheme of things, that is perhaps ideal for both parties.