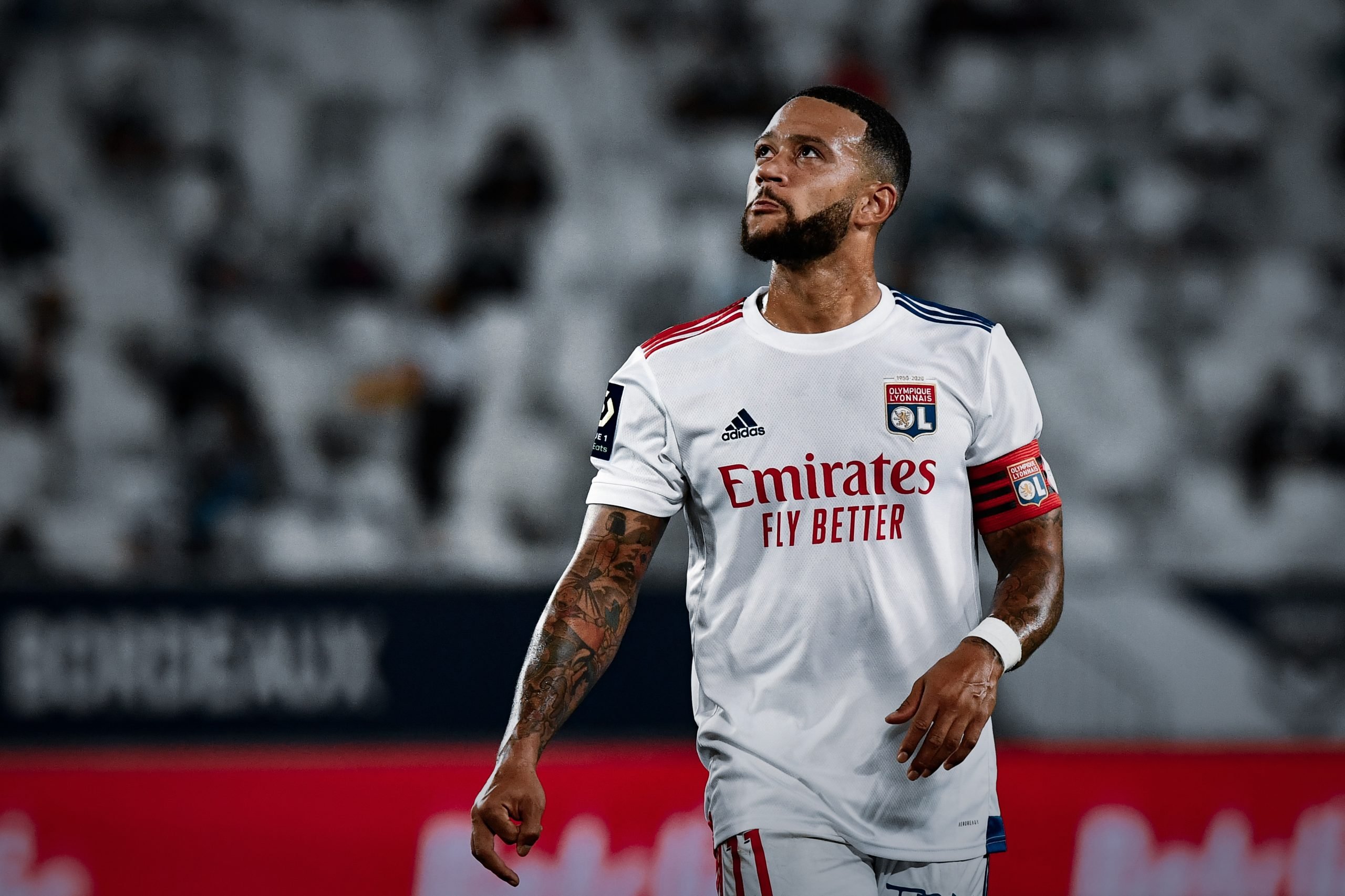 According to Marça Llorente, Barcelona have ruled out the signing of Memphis Depay in January owing to financial trouble.

The Dutchman was rumoured to join the club in the summer transfer window, but a move could not go through after the two parties involved did not reach a consensus about the transfer cost. Depay’s current contract, which runs no longer than June 2021, coupled with Barcelona’s frail financial situation, allowed the prospective buyers to offer no more than €10 million, while Olympique Lyonnais’ demanded a sum upwards of €15 million.

Depay was one of the two players who was heavily linked to the club apart from Eric Garcia, and his arrival, even on the last day looked possible. The rumours had taken the form of official interest as well, and Ronald Koeman spoke how important the signing would have been.

To his dismay, however, it looks like a move for him in January has been ruled out. Barcelona will prioritise signing a defender after a long-term injury to Gerard Pique which has left the club with just one fit first-team defender in the form of Clement Lenglet. There are gaping holes in the attack as well, but nothing that the club cannot fix in the summer.

Ther will special emphasis on the signing of Garcia from Manchester City, who becomes a free agent the summer. If a move for the teenager is unable to pull through, the Blaugrana will look to loan in a defender.