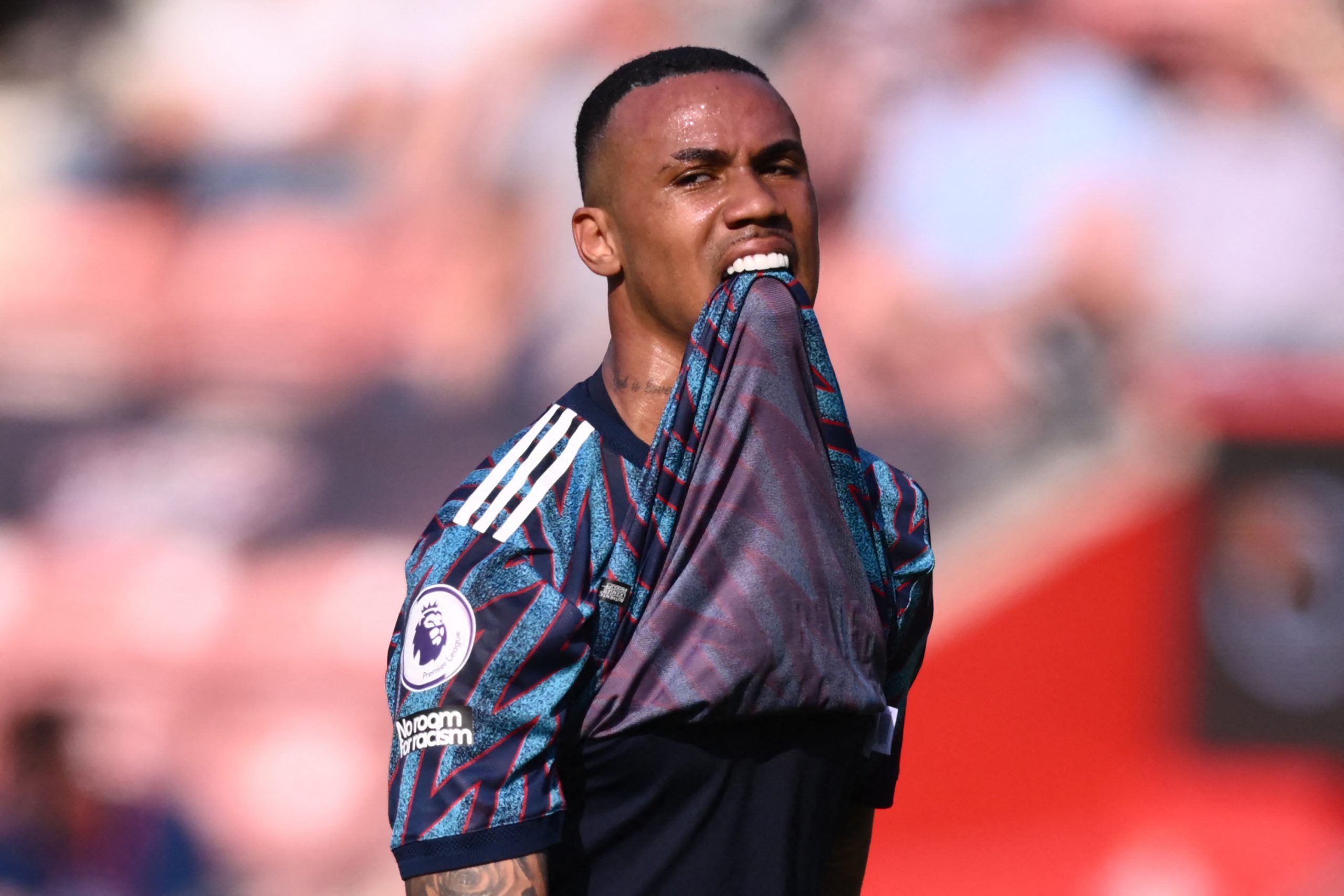 In the previous fortnight, one of the many Barcelona transfer news that made headlines was their interest in Arsenal centre-back Gabriel Magalhaes. Xavi seems to be interesting in signing a left-footed centre-back with ball-playing prowess – both criteria the Brazilian meets.

This is is because Barcelona are looking to offload Clement Lenglet and Samuel Umtiti in the summer. The French duo do not have a place in Xavi’s plans, and their signing of Andreas Christensen further pushes them back in the squad.

Since then, though, there have been no updates on the situation until now.

While Pierre-Emerick Aubameyang pushed for the move citing his friendship, it has now been deemed not enough as Mundo Deportivo claim that Barcelona have, in fact, ruled out his signing due to two primary reasons.

Despite fitting into the initial bracket of what Xavi wants from his centre-backs, it seems like Barcelona have since declared him to be unfit for the club due to his profile.

While the report does not dwell further into the specific reasons, Gabriel has proven to be quite error-prone.

The 24-year-old has, statistically speaking, made an error leading to a goal, while making three more that have led to shots. There have been several more instances as well, but not quantifiable.

For all his faults, Gabriel is just 24, and continues to start week-in, week-out for Arsenal. He is unquestionably an important piece in Mikel Arteta’s puzzle, and will not be sold at a discounted price, even if Barcelona decide to pursue him.

He has a contract until 2025, and Barcelona will have to shell out a minimum of €40 million for his services. And even that amount might end up not enough, at least until Arsenal sign a defender this summer.