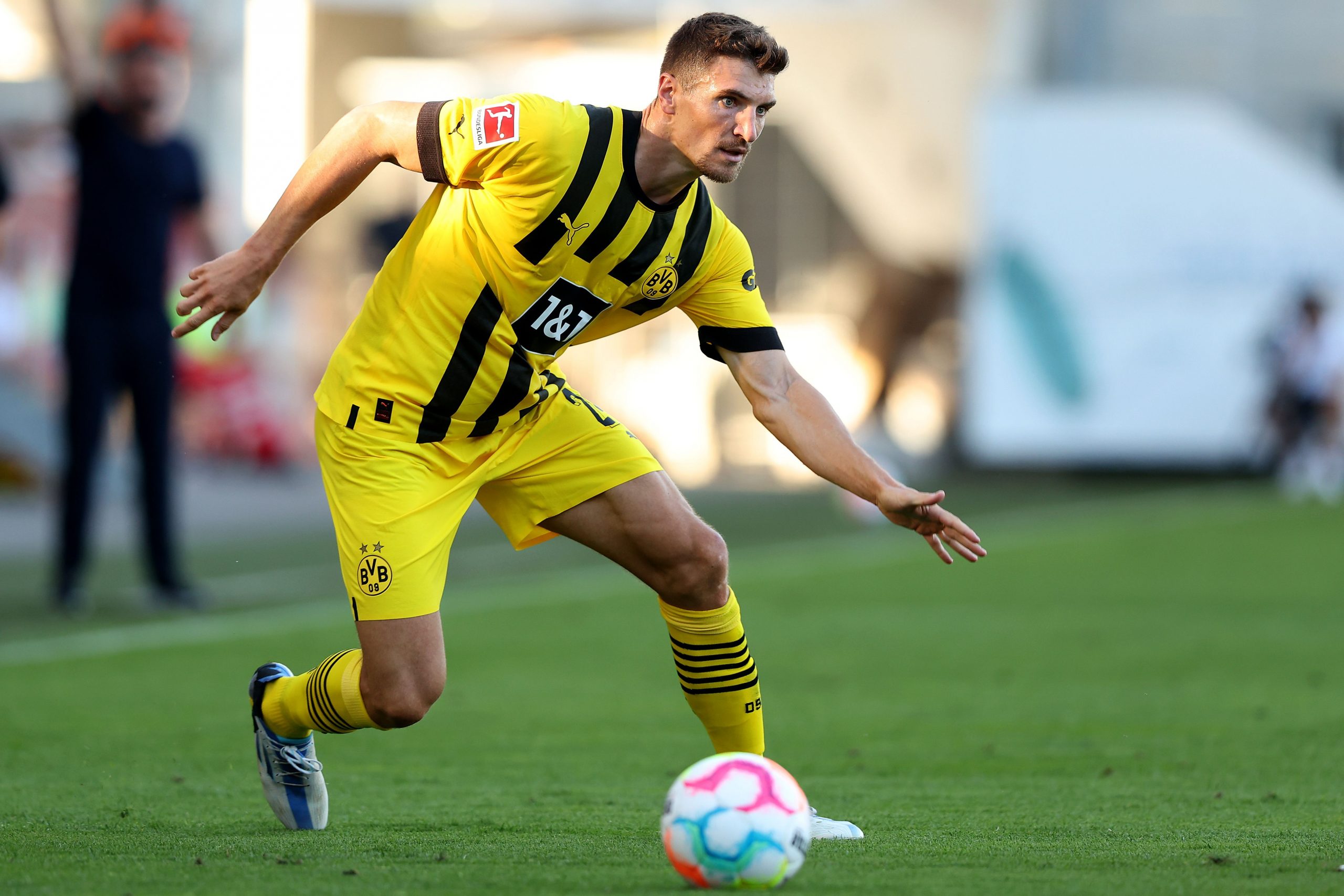 Barcelona have been dealt with a major blow in their pursuit of Borussia Dortmund defender Thomas Meunier, with journalist Patrick Berger confirming that the operation to bring the right-back at Camp Nou is not feasible for the Catalans at the moment.

Meunier, 30, was thought to be Barcelona’s priority target after the Blaugrana decided not to pursue a certain Juan Foyth due to Villarreal’s economical demands and the Argentine’s injury record.

As reported before, Barcelona established new contacts with the player’s representatives recently, with a renewed hope to finally acquire a right-back before the transfer market ends.

But with only a handful of days in the market, Dortmund understandably seemed reluctant to do any business as signing a quick replacement would certainly be an enormous task.

Now, Barcelona did try to add Sergino Dest as part of the package, but the German team has no interest in signing the Dutch-born American right-back.

Furthermore, the key element to signing Meunier and getting him registered within the rank is believed to be the departures of Pierre-Emerick Aubameyang and Memphis Depay. But with the operations now seeming unlikely, Barcelona will struggle with the finances in their attempt to sign Meunier.

Which explains why Barcelona have been forced to withdraw from the negotiation for the second time in consecutive transfer markets. Interestingly enough, the Belgium professional was one of Barcelona’s top priorities during the January transfer window as well.

As things stand, Thomas Meunier to Barcelona has collapsed on financial grounds. Although the team showed great interest and held constant negotiations, the ‘overall package (transfer fee and salary) is currently not manageable’ for them.

Meanwhile, Barcelona are currently in talks with Manchester United in order to offload their 21-year-old right-back Sergino Dest. But for the move to materialize, the Premier League side will first try to get rid of Aaron Wan-Bissaka before making an official offer.