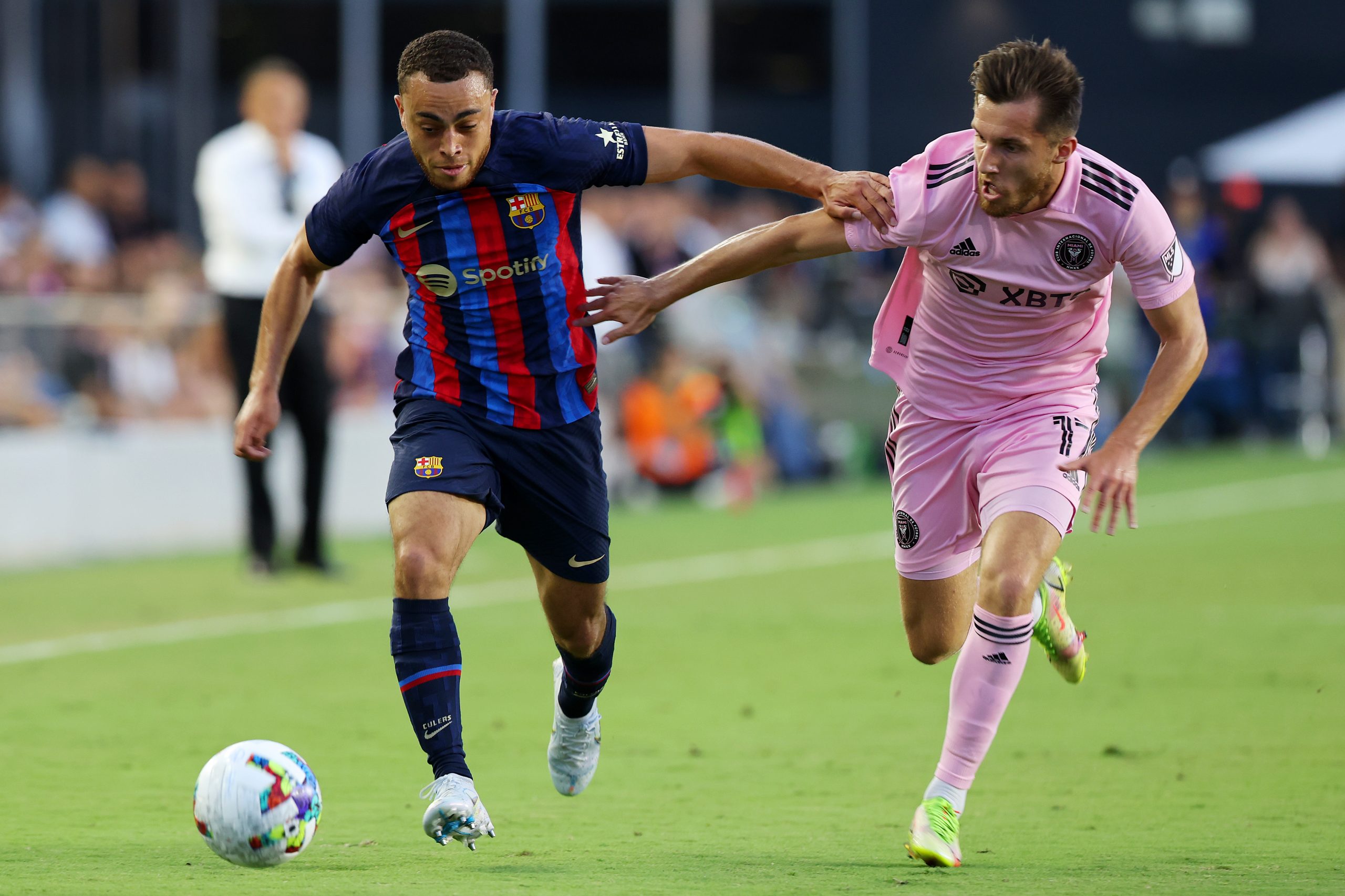 With Barcelona looking to make cuts to their roster before the transfer window closes, Sergino Dest’s name has been discussed as a player who could be sold this summer.

The USMNT international had been linked with an exit especially as Barça were pushing to sign Cesar Azpilicueta from Chelsea. However, he has continuously maintained that he does not wish to leave the club and wants to succeed at Camp Nou.

That stance has not changed, according to journalist Achraf Ben Ayad. Despite the club asking him to leave, Dest has remained firm on his decision to stay put at Barcelona.

Having joined the club from AFC Ajax in the summer of 2020, the right-back has not had an easy time at the club. The 21-year-old featured regularly in the side in his debut season but did not impress a great deal.

The last season saw his game-time curtailed, especially after the arrival of Xavi Hernandez as manager, who preferred Dani Alves more often than not. But, the USMNT ace showed improvement towards the back end of the season, before an injury curtailed his progress.

The former Ajax ace would have found himself in a more difficult position had Barcelona signed Azpilicueta this summer. However, that has not been the case as the Catalan giants failed to land the Spaniard, who opted to sign a new contract with Chelsea.

Following the collapse of the move, Barcelona have not gotten in touch with Dest or his camp to push for an exit, which could bode well for the 21-year-old, who wishes to stay at the club and come good.