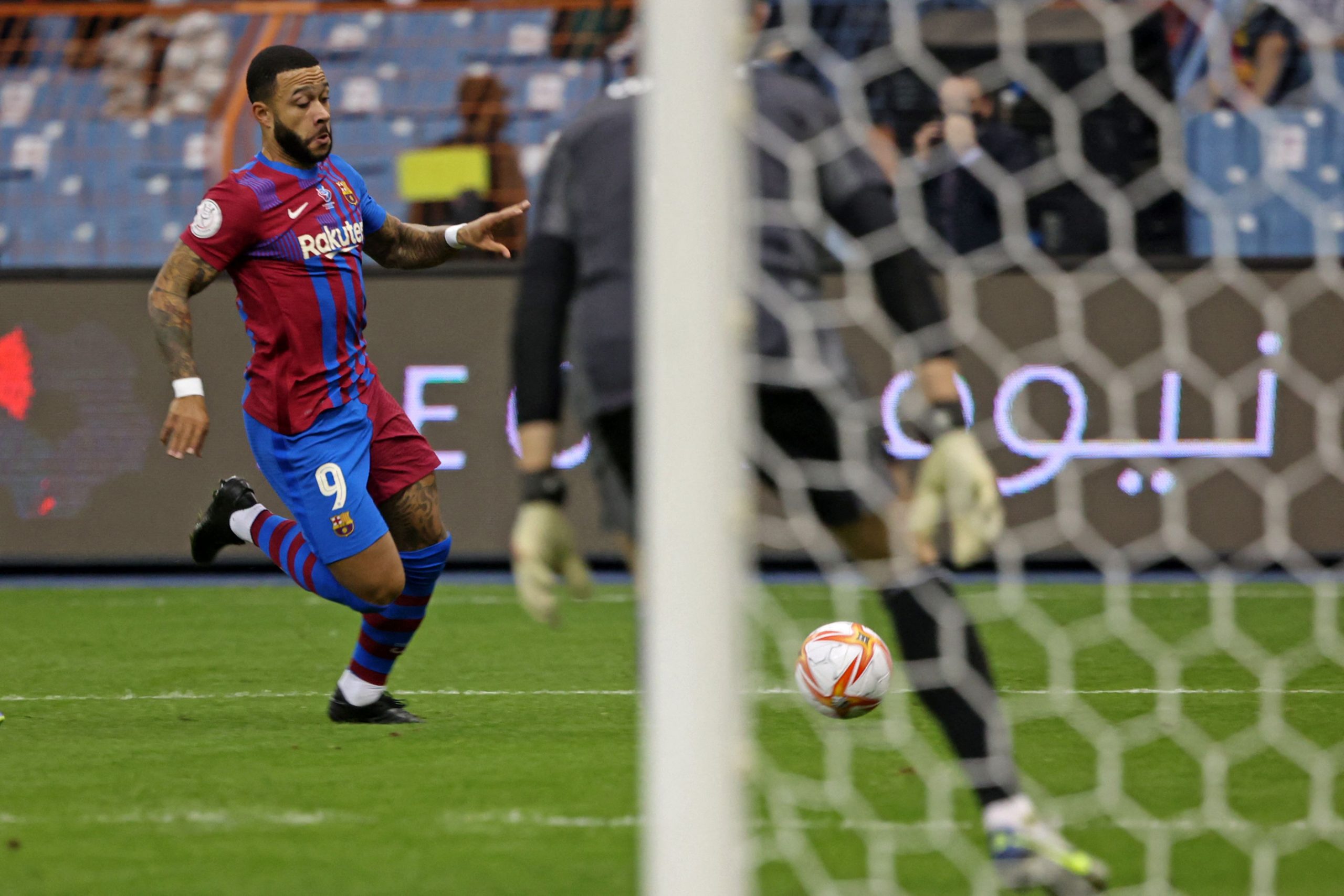 Xavi Hernandez’s arrival at Barcelona brought with it fortunes of good luck for several Barcelona stars. The rise in stocks for Ferran Jutgla, Ousmane Dembele, Luuk de Jong, Gavi and Nico Gonzalez can largely be accredited to the Spanish tactician.

However, one player whose position at the club has been adversely affected by the managerial change is Memphis Depay.

The Dutch forward had a solid working relationship with Ronald Koeman who knew how to extract the best out of him in a reliable position. Moreover, the former manager’s system suited Memphis’ growth as a striker, for it did not rely on wide wingers.

The recent form of Luuk, however, has now led to a situation wherein the former Lyon captain is sidelined. Memphis started off the bench vs Real Madrid as well despite being fit.

According to reports from MARCA, Barcelona have renewed their faith in Memphis Depay, and have no intention of offloading him, especially in this transfer window. The administration sees him as a player who can step up in the upcoming games and rise in prominence once again.

This could directly be linked with the rumours stating that Dembele could be sent to the stands for the remainder of his contract, meaning the Blaugranas will have one less attacker in their ranks.

Memphis arrived from Ligue 1 on a free transfer in the summer window last year. In his tenure at Barcelona, the Dutch forward has started 15 games and scored eight goals, and is the top-scorer of the team. In addition, he has assisted twice.

The 27-year-old has not struggled to fit into the team’s style of play. However, it is his low conversion rate in front of the goal that garnered critics. He has missed nine big chances this season, with many being decisive goals that could have given Barcelona a win.

As it stands, Depay is linked with a move to either Inter Milan, Juventus or AC Milan in the summer. However, a resurgence in the coming weeks could drastically change his future at Camp Nou.