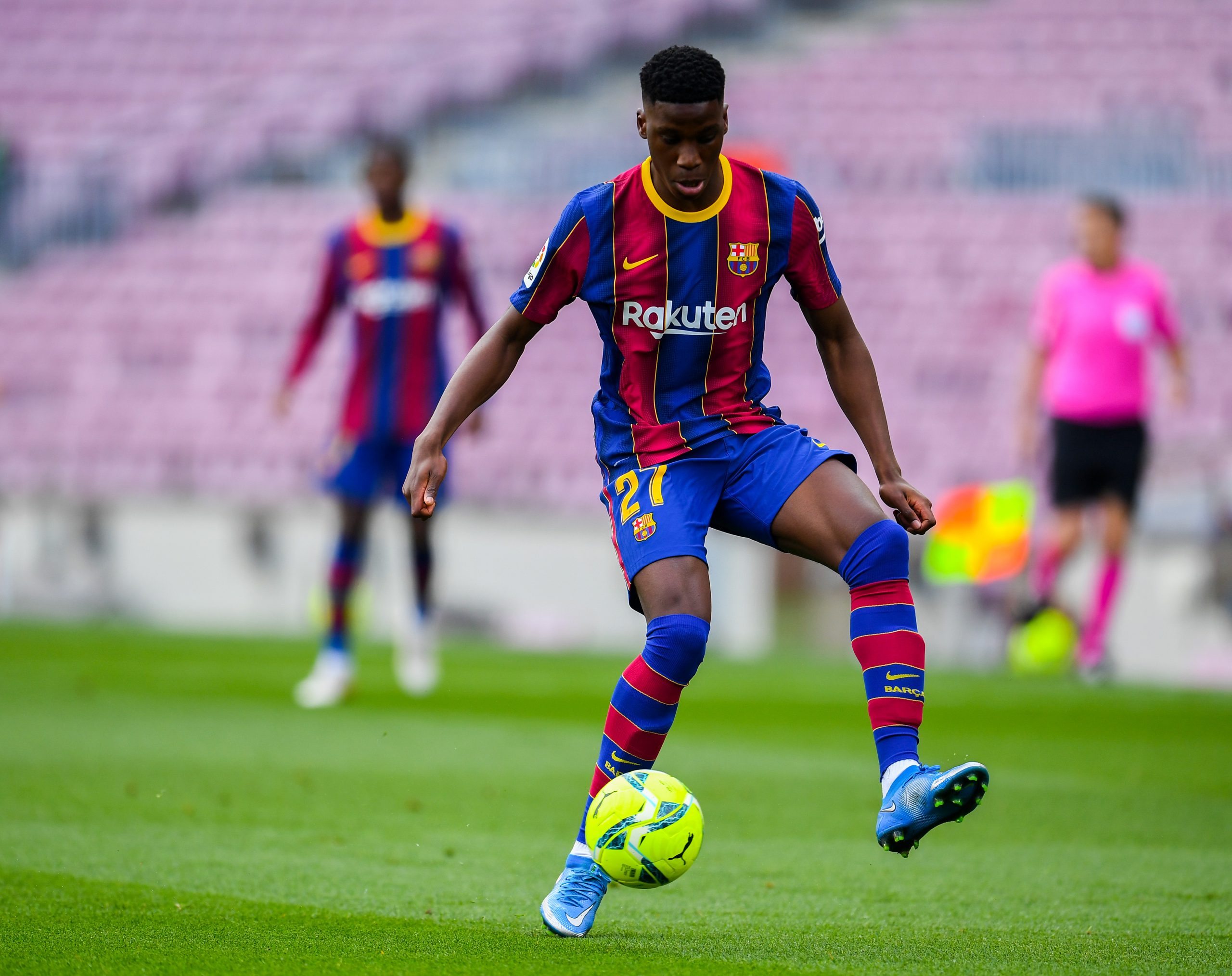 This past summer, Barcelona experienced one of their worst economic situations of all time. The Catalans struggled to make even free signings possible, and as such they could not keep Lionel Messi in. One player, Ilaix Moriba, asked for a salary increase in these trying times, and duly left the club.

According to recent reports by El Nacional, he wants a way back into the club, but Joan Laporta has rejected him. The report went on to add that Ilaix is seen as a ‘traitor’ by the president.

Ilaix Moriba is 18 years old, and was seen as one of the next big things from Barcelona’s academy. He had a number of chances to play in the first team, especially in the second half of the season. Ronald Koeman admired his physical attributes and gave him starts over Riqui Puig, and even scored his first goal against Osasuna not too long after he gained importance.

The Hispano-Guinean had the chance of a lifetime with Barcelona this season. Pedri Gonzalez was out on holiday, Riqui is still out of favour, and Miralem Pjanic was always on his way out.

Despite how green the grass was in Catalunya, Ilaix wanted an increase in salary in a situation Barcelona could simply not afford to give him one. As such, he left the club for RB Leipzig.

Why does he want to return? Well, in the German club the language barrier is proving to be quite the obstacle for him. Furthermore, unlike at Barcelona, he has struggled to truly establish himself.

He played just around 100 minutes for the Bundesliga club, and mostly as a substitute. Given Ilaix has seen himself not succeeding there, he sees it best to return to the Camp Nou, and Leipzig will let him.

He has long been replaced in Barcelona. Nico Gonzalez and starlet Pablo Gaez Gavira have played sensationally this season, erasing all possible need Barcelona would have for him. What’s more, is that Pedri Gonzales is soon going to make his return to the team, and all have favour with the coach. Joan Laporta was hurt by his behaviour in the summer, and wants absolutely nothing to do with him regardless.