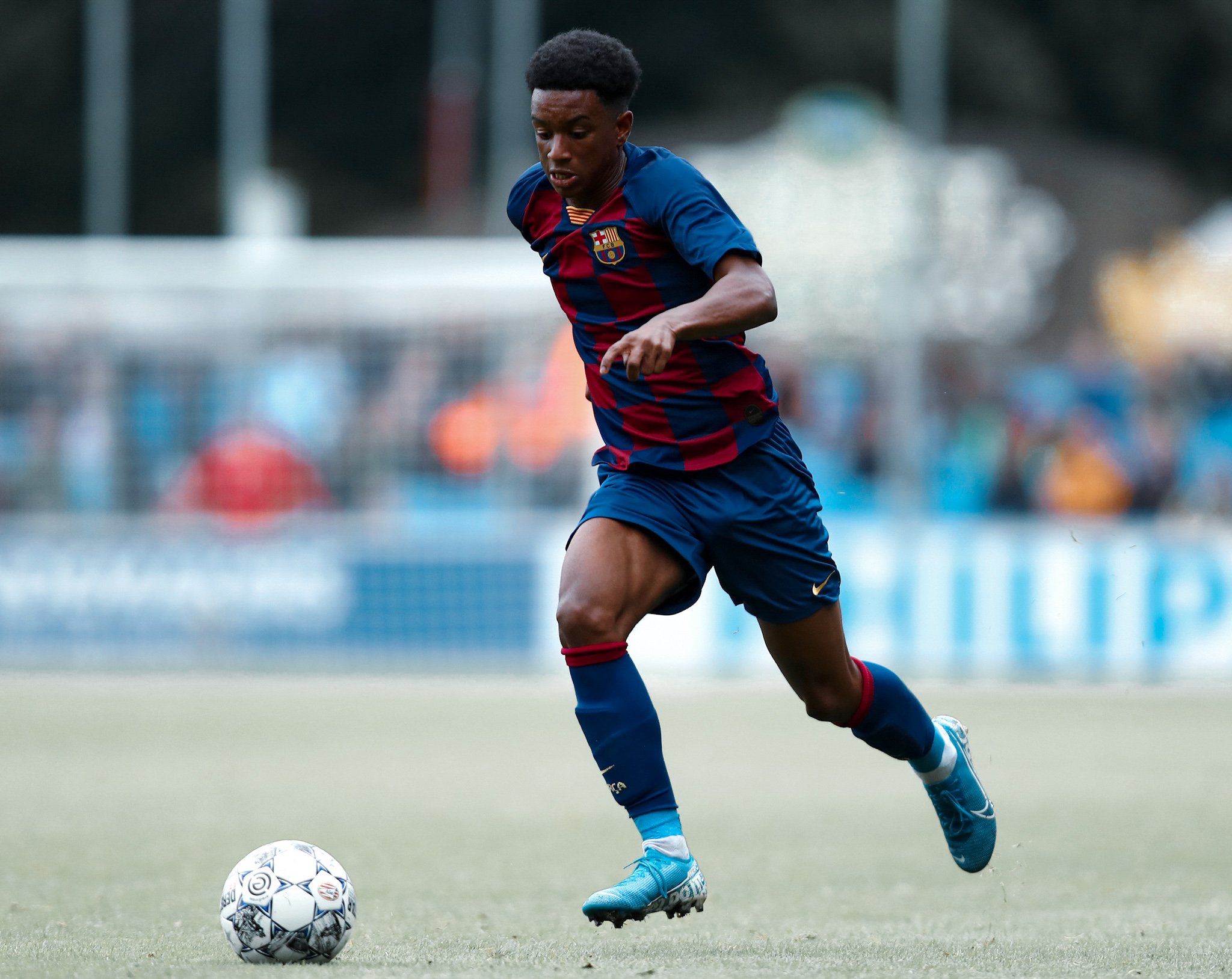 It is not breaking news at this point, but Barcelona are interested in selling Junior Firpo in the winter transfer window to raise money for the arrival of Memphis Depay from Olympique Lyonnais and Eric Garcia from Manchester City.

However, that will create a gaping hole in the left-back spot, leaving only Jordi Alba as the only first-team name in that role. Barcelona went through a similar intricacy back in the 2018/19 season after Lucas Digne was sold to Everton. Then-manager Ernesto Valverde coped with Juan Miranda, Nelson Semedo, or even Jean-Claire Todibo in that capacity.

This year, though, if the Firpo transfer goes through, Barcelona might have a tailor-made solution for that role in the form of Alejandro Balde. According to a report published by SPORT, and relayed by Daily Mail, Alejandro Balde may be in line for a promotion in January if Inter Milan come calling for Firpo.

Balde joined La Masia in 2011, as a nine-year-old, joining from none other than RCD Espanyol’s youth side. He is one of the brightest gems among a glorious group of youngsters coming through the Blaugrana academy including Arnau Tenas, Ilaix Moriba, Konrad de la Fuente, and more.

Balde is a technically gifted player, who excels when given space courtesy to his blistering pace, and ability to read space while on the move. He has received shouts for being the next Alphonso Davies, and despite playing as a defender, the new ‘Ansu Fati’ because he is considered good enough for the first team already.

What separates the youngster from a lot of quick-footed fullbacks is the ability to know when and how to use it. One moment you are up against him hugging the touchline, knowing full well he has no room to space, but find yourself at his heels moments later after he paves the path to cross the ball.

Speaking of crossing, he does not do it too often, much like compatriot Alba or Sergi Roberto. Instead, he prefers to find a runner moving near the edge of the box unmarked before playing a sharp pass in his path.

Balde registered four assists for Juvenil A in 1,033 minutes of football last season, averaging an assist every 258 minutes on the pitch. This guaranteed him a direct contribution every other game, and even though the sample size is small and it is for the third tier of a Barcelona team, it is more than impressive.

It may all sound too romanticised, but it would be fair to say he does not have a lot of weaknesses, barring the one thing that has let him down time and again. An inability to find his footing against wingers who prefer to play quick passes, or use tricks over pace to beat their man. It is almost as if he gathers all his intelligence while on the ball, and nearly forgets it all off it.

On the contrary, he has an incredible work ethic and motors up and down the flank with intent. He can be useful for Barça given how easy it is to carve open the team on the counter, especially when the fullbacks go on an adventure – which is quite often.

While quick, Balde needs to work on his ability to stand his ground in 1v1 situations with tricky wingers.(Photo by Dean Mouhtaropoulos/Getty Images)

That stems from his past as a centre-forward, and then a left-winger. In fact, Balde can still play on the wing if Ronald Koeman needs him to – and he might, given Fati’s out for at least four months from an internal injury to the internal meniscus. The promotion could not come at a better time for Alejandro Balde.

At the moment, however, the Spaniard is injured and has not participated with the B team yet. Still recovering from an ankle injury, we can hope to see him back by the end of the month, hopefully. Although, if the club plans to move him up to the senior ranks, the best idea would be to not rush the teenager.

He might not improve the team immediately, but at 17, Alejandro Balde has a long way to go and has shown that the sky is the limit for him, and without question deserves this promotion. Come what may, it is encouraging to see that the club is prepared to trust the youngsters again, albeit out of necessity.