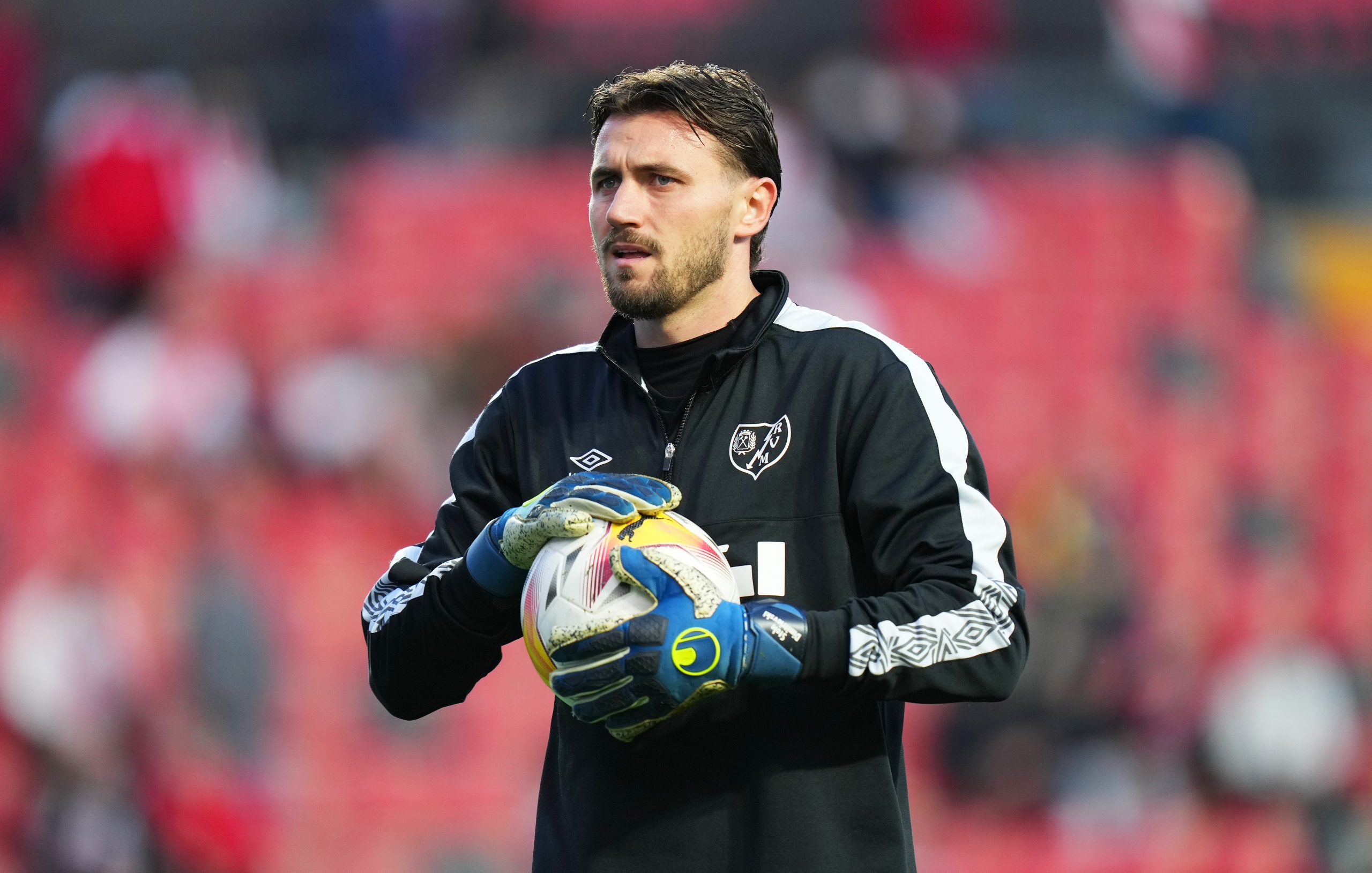 Of all of the positions at Barcelona, the most recently jeopardised department is the goalkeepers. The department that was once considered the most solid in the Catalan setup is now shakier than ever.

Marc-Andre ter Stegen’s decline in form has placed his position in danger. Additionally, Neto’s inability to compete with the German for a starting spot and the resultant exclusion from action has brought up rumours of his exit in January.

While the two big pillars of Barcelona’s goal have seen sudden changes in their situation, the same can be said about Inaki Pena. Though the teenager was set to move on loan in January, Neto’s possible departure has made him place his move on hold.

However, Epika reports a piece of news that brings more into the picture. According to the media outlet, Barcelona are close to completing the signing of Stole Dimitrievski from Rayo Vallecano and have already reached an agreement.

The Macedonian shot-stopper has been a revelation for Vallecano and has been regarded as the best shot-stopper in the league this season.

Over 17 starts in the league, he has averaged close to three saves per game. Moreover, he tops the league charts in terms of total saves this season. Dimitrievski has maintained six clean sheets in this period, with only one error leading to a shot.

Moreover, he tops the chart for PSxG+/- (post-shot expected goals minus goals allowed) – the most advanced statistic to measure shot-stopping – with +6.1. Meanwhile, ter Stegen sits 32nd in the league at -2.1.

The signing would not be made to place him on the bench akin to that of Neto’s situation. His arrival would place ter Stegen under heavy pressure to perform, for Dimitrievski is more than capable of replacing the German.

The 28-year-old’s arrival would imply a certain departure for Neto and Inaki Pena, both of whom are in search of more game-time. Nevertheless, it would be a transfer that could shape up Barcelona’s season.