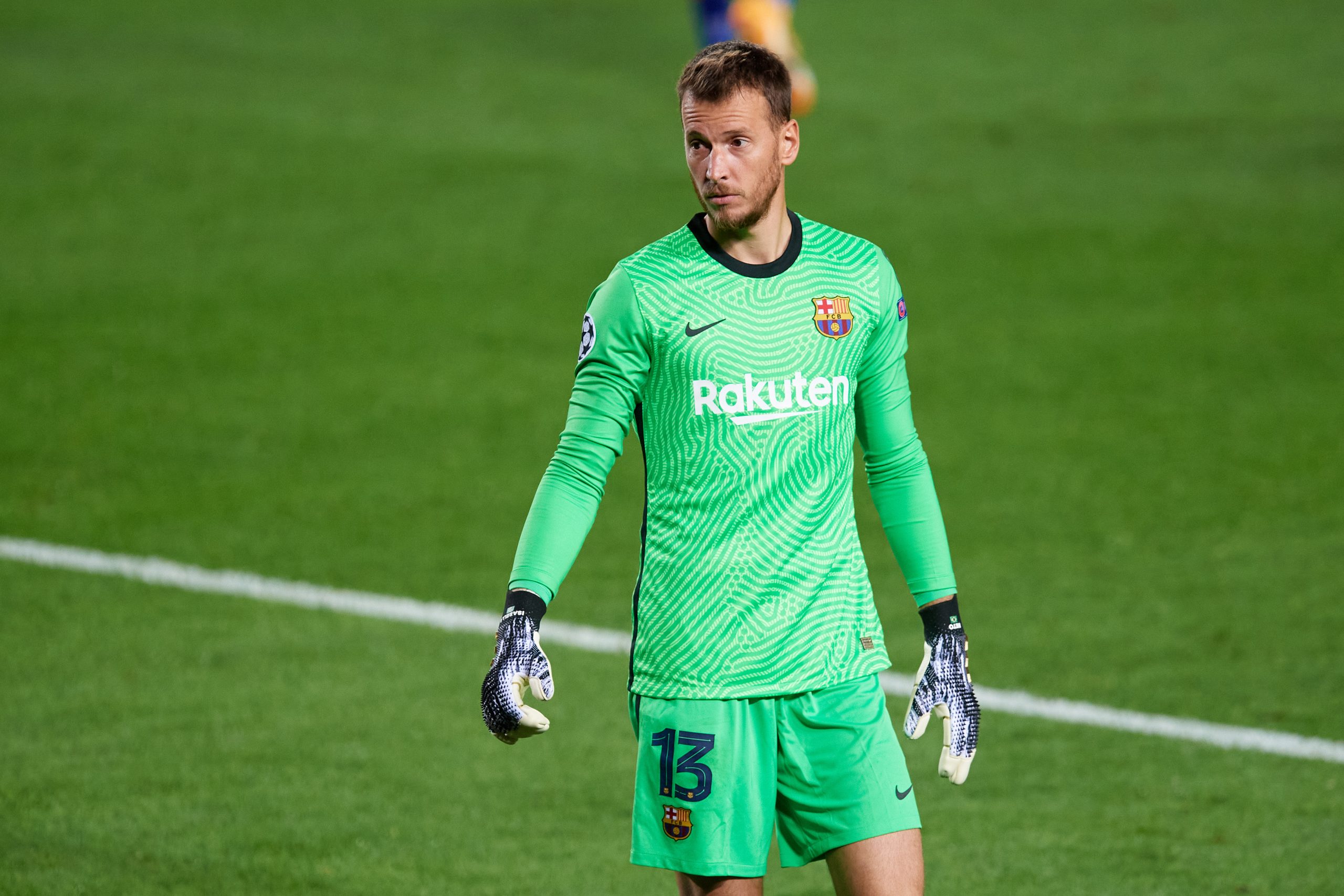 Barcelona want to overhaul their squad in the 2022/23 season. The Catalans are in the search for a number of players to take up the striking option. They are also firmly in the quest for Franck Kessie, who, according to several sources is effectively a Barcelona player.

There are a number of exits that the Blaugrana want to ensure happen in the summer, though, that will ensure that players can keep coming in.

According to a report relayed by Mundo Deportivo, one of those players is goalkeeper Neto Murara.

The Brazilian is open to a departure, as he is not receiving the game-time he believes he merits. There is a problem with regards to any possibilities of an exit. Neto has and is demanding a high salary, and this is keeping him from leaving the Camp Nou.

Since arriving at Barcelona, Neto has played 20 matches, conceding 19 goals between the sticks for the Blaugrana. He has kept just seven clean sheets in those games.

Barcelona want to part ways with him because they believe that it would be better to invest their time in Inaki Pena. The Spaniard made an excellent case for himself against Barça, keeping a clean sheet and making several saves.

Where Neto falls short of Pena is in the fact that he is not very comfortable on the ball. The Galatasaray loanee has periodically been a very good passer of the ball, which is a facet indispensable in a goalkeeper representing Barcelona.

Neto’s contract is set to end in the summer of 2023, and as such he does not have much time left. He could wait out his contract, but that would mean only being a bench player. Only time will tell whether or not he will leave Barça at the end of the season