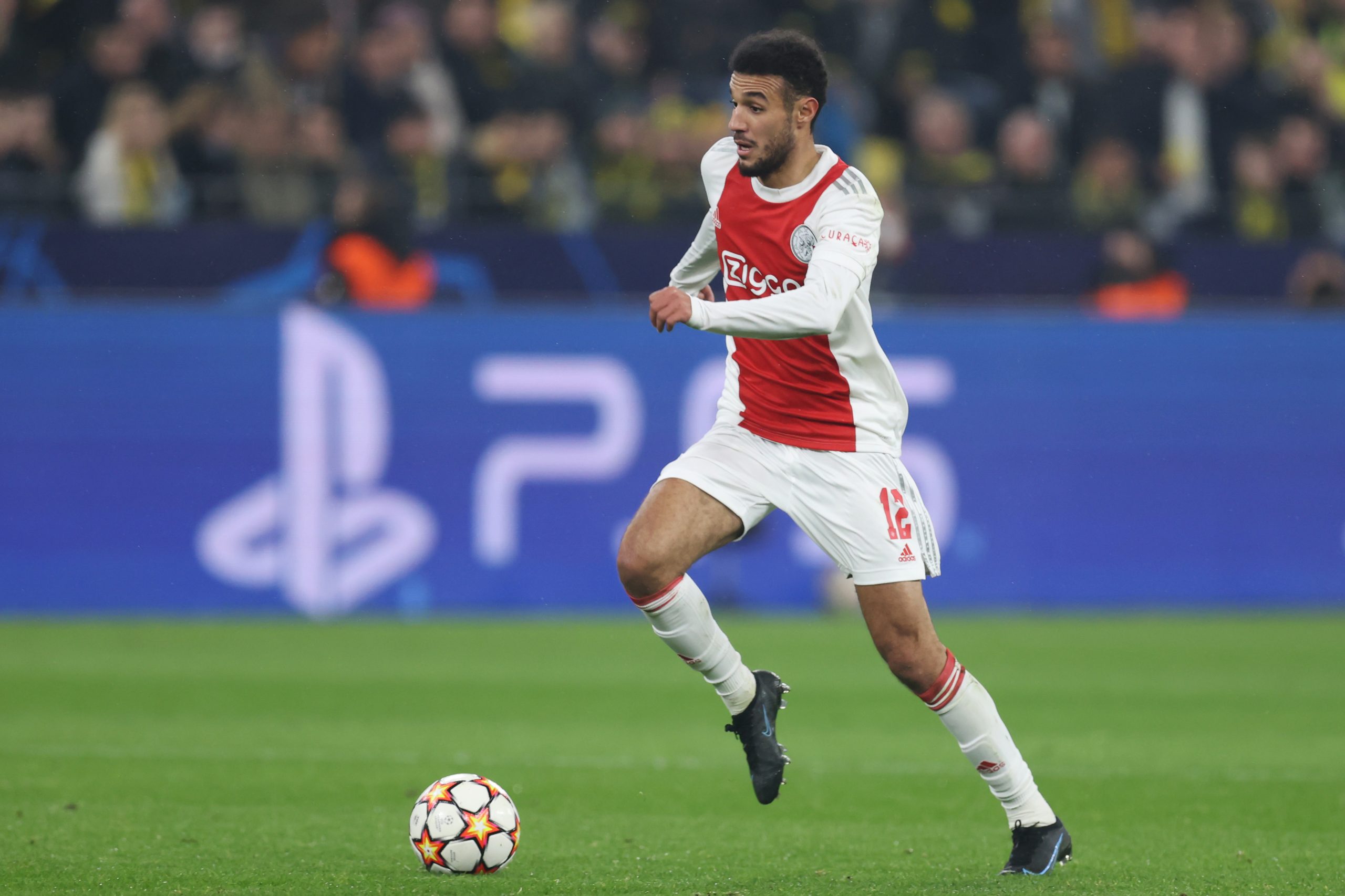 With the January transfer window on the horizon, things are starting to pick up pace at Barcelona. The Catalans are already on the verge of completing the signing of Ferran Torres from Manchester City in a deal worth €55 million.

And, the club might be laying down the groundwork for another incoming in the winter, if a report from Diario AS is to be believed. The report claims that Barça are working on a proposal to sign AFC Ajax right-back Noussair Mazraoui in January in a deal that would see Sergino Dest move the other way

Dest arrived at Camp Nou from Ajax last year but has failed to deliver at the level expected. The 21-year-old has not been a regular in the side and is believed to be out of Xavi Hernandez’s plans, especially after his disastrous display in the defeat to Bayern Munich earlier this month.

Indeed, reports have claimed that the USMNT international will be sold by the Catalans amidst interest from Bayern Munich. Now, though, a return to former club, Ajax, could be on the cards for Dest.

On the other hand, Mazraoui has found himself getting linked with a move to Camp Nou quite heavily in recent weeks, especially after the secret meeting between Barcelona president Joan Laporta and super-agent Mino Raiola, who represents the Moroccan right-back.

Set to be out of contract at the end of the season with the Dutch giants, it was believed that the 24-year-old would potentially arrive in Catalonia on a free transfer in the summer. However, the Blaugrana are now considering accelerating their pursuit of Mazraoui due to Dest’s unconvincing displays.

The club want the Ajax ace to join the club next month and compete with Dani Alves at right-back, and they would allow Dest to move the other way as part of the deal. The logistics of such an arrangement could become tricky, however.

Mazraoui will be in the final six months of his deal, meaning his value is likely to be lesser than the €18 million he is rated at. Meanwhile, Dest still has over three years left on his contract and Barcelona would ideally want to recoup most of what they invested in him last year.

Nonetheless, the report states that an agreement could be reached, owing to the good relationship between the clubs. The presence of Marc Overmars and Jordi Cruyff on either side of the negotiating table could also help talks go smoothly.