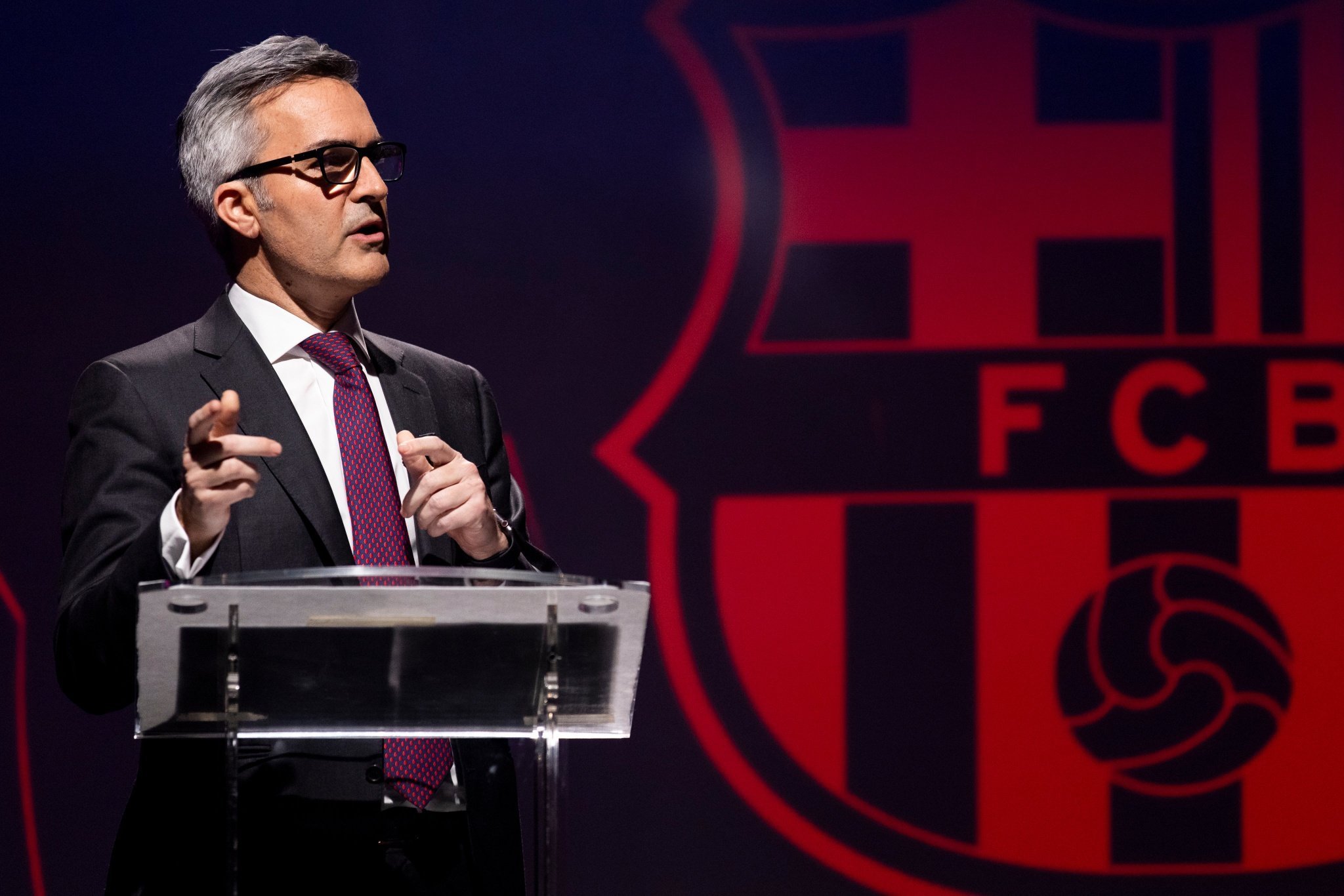 Barcelona has always been home to some of the biggest talents in world football. Several of these players have come through the prestigious La Masia academy — Lionel Messi, Andres Iniesta, Xavi, Carles Puyol, Gerard Pique, among others.

Recently, however, the club seems to have turned the page in the hope to recruit mega-talent from elsewhere, spending several hundreds of millions, which has eventually forced the club into crippling debt.

Recently, the likes of Erling Haaland and Kylian Mbappe have taken the world by storm, and in the process, find themselves linked to Barcelona. Joan Laporta has already spoken highly about the Norwegian, hinting at bringing him to the club “by playing some cards.”

Laporta’s counterpart and rival for the presidential elections, Victor Font, though, has some strong opinions about it. He talked about it in a press conference, saying: “Here at Barça, we can’t find a million and a half to sign Eric Garcia, to talk about major name acquisitions is just ‘hot air’ and we need to treat our club members as adults.”

Font continued his straightforward line of response, saying: “We simply won’t be able to make any big-money signings this summer as the club has approximately between €150-200 of new debt.”

He started to address the Haaland rumours directly, as well, holding him in high regard: “Personally, I think Haaland is a wonderful talent, and I speak as a fan.”

“I can see things at Barcelona becoming slightly ‘Florentinizando’ as bolstering any team with the likes of Haaland or Mbappe is easy.

“It’s a trickier task to bring through young and unknown talents such as Pedri and Kounde. That would be our task ahead, creating the future stars at Barcelona,” Font added, taking a sly dig at Real Madrid and President Florentino Perez.