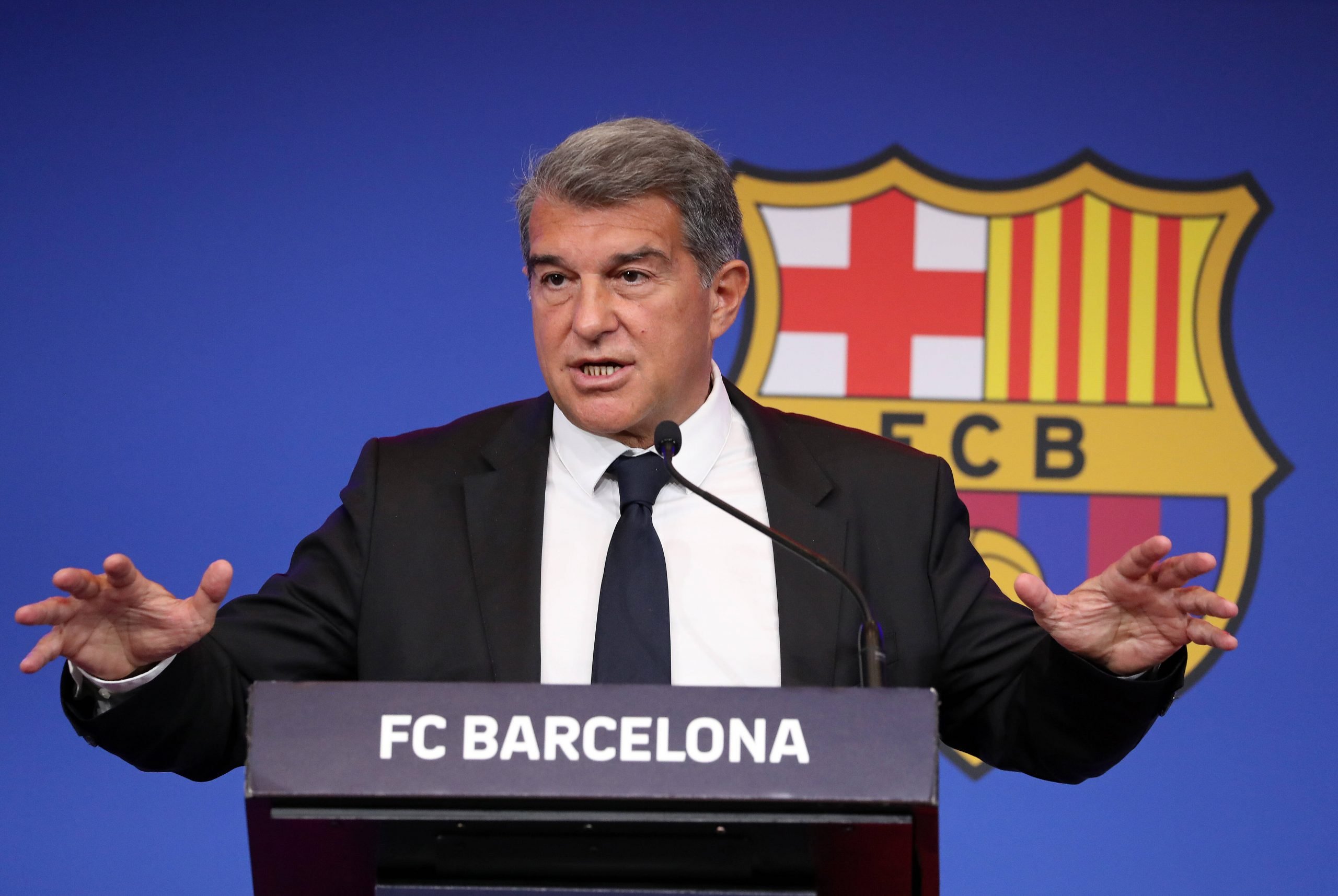 Following the presentation of Memphis Depay in the Camp Nou, Barcelona president Joan Laporta said the club are ‘open to proposals’ for star forward Antoine Griezmann.

It is an open secret that Barcelona have been in contact with other clubs, with interest coming both from Atletico de Madrid and Manchester City. Negotiations between Barca and Los Rojiblancos seem to have hit a dead-end, as neither club could truly agree on the value of their players.

Laporta was adamant on the fact that despite the rumours, the Barca number 7 still is an important player: “Griezmann is a Barca player, he has a contract with the club until 2024 and unless circumstances change, we are counting on him,” he said during Memphis Depay’s presentation.

There has been interest from Manchester City in regards to a potential swap deal involving one of Bernardo Silva, Aymeric Laporte, or Raheem Sterling, and despite not mentioning the Sky Blues, Laporta did hint at a possible swap deal.

“It’s a special market and you have to use your imagination, perhaps thinking in swap deals, but we value Antoine a lot. The club made a big investment in him and we are happy with him.”

The Barca president was equally recognised of the fact that Barcelona find themselves in a tight spot financially, and that the possible sale of Griezmann could be a massive help financially:

“If things start moving, we’re open to all proposals because we’re in a delicate moment financially and we have to balance the books to comply with the league’s financial fair play rules.”

Thus far Laporta is confident that things are going well overall financially, as well as in regards to the re-signing of Lionel Messi which is what the Barcelona president considers to be of utmost importance.