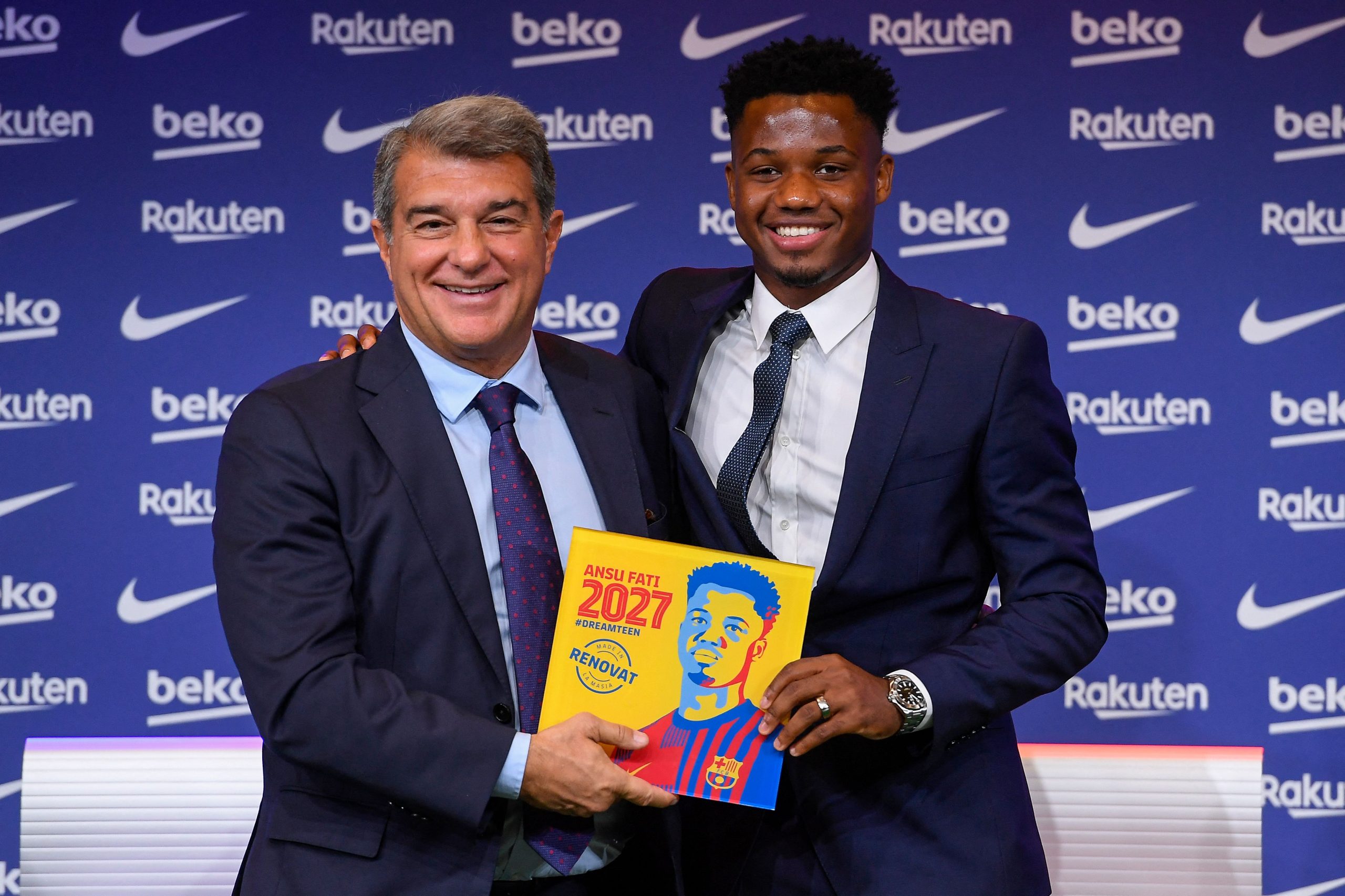 Heading into the summer transfer window, the talk has been all about Barcelona wanting to sign a superstar to fill the void left by Lionel Messi’s departure last summer and lead the rebuild project under Xavi Hernandez.

Borussia Dortmund goalscorer Erling Haaland has been heavily linked for months now. But the 21-year-old could be headed to Manchester City or even Real Madrid. Bayern Munich’s legendary striker Robert Lewandowski is also very much on the agenda at Camp Nou.

While the rumour mill continues to churn out new names one after the other, Barça president Joan Laporta believes that the club might not need a new superstar signing as they already have one in their midst, in the form of Ansu Fati.

The 19-year-old is a product of Barcelona’s La Masia youth academy and made his first-team breakthrough in 2019. He went on to enjoy a stellar debut season with the senior side.

Even though he has had a torrid last 20 months or so due to injuries, the teenager continues to be held in the highest of regard, not just within the club ranks, but all across Europe.

Fati was even given the No. 10 jersey at Barcelona last summer following the departure of Messi, indicating the faith that the club have placed on the teenage prodigy.

And, Laporta insists that the Blaugrana do not need any superstar signings with the Spaniard still at the club. As quoted by Alex Pintanel of GOL, the Barça president said: “We already have the best, Ansu Fati. We hope to see him play soon.”

Ansu Fati has played just ten times this season, scoring five goals in the process. The Spanish international has returned to training recently, but the management does not intend to rush him back into action.

So, in all likelihood, he will be unavailable for the UEFA Europa League quarter-final second leg tie against Eintracht Frankfurt on Thursday night.