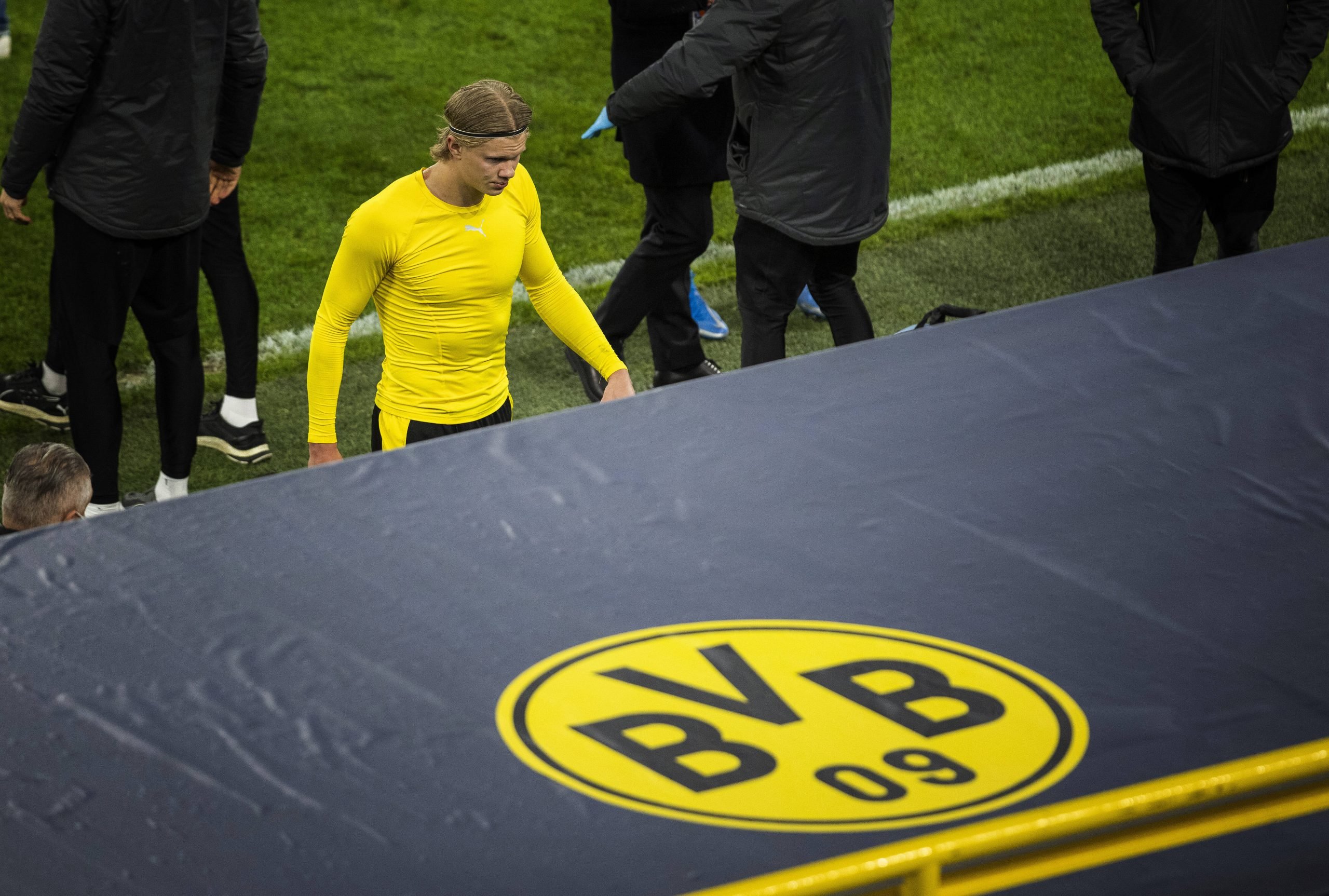 Barcelona president Joan Laporta stopped over at the airport to give some time to the press and journalists waiting for him. Ahead of the trip to Seville, where Barcelona will play the Copa del Rey final, Laporta was thronged by the media, as summarised by COPE, with questions about prospective transfers and renewals.

The president cut a rather optimistic figure and was quick to reassure the journalists that all was going according to plan. The biggest questions of course, pertained to Lionel Messi’s renewal with the club, as well as the major names Barcelona are linked with for the summer.

When asked about Messi’s renewal with Barcelona, Laporta said that things were “progressing adequately” and that there is a lot of work to be done. The next question was about Borussia Dortmund striker Erling Haaland, who has been linked to the Catalans for weeks.

Being one of football’s biggest rising stars, Haaland is already on the radar for multiple other massive clubs, including eternal rivals Real Madrid. However, Barcelona’s cash crunch and the massive details of the Haaland operation may prove to be a major roadblock in bringing the Norwegian to Camp Nou.

When asked about all the dealings regarding Haaland’s potential transfer to Barcelona, Laporta replied: “We will do what we have to do and ensure that it’s done well.”

The president was then quick to evade further questions as he stated that first and foremost, the focus should be on winning the upcoming Copa del Rey final on Saturday against Athletic Club Bilbao.

“It is the first final of this new stage, and it also coincides with a traditional final between Barça and Athletic Bilbao. I hope it will be a great final, and we will win it,” the president concluded.