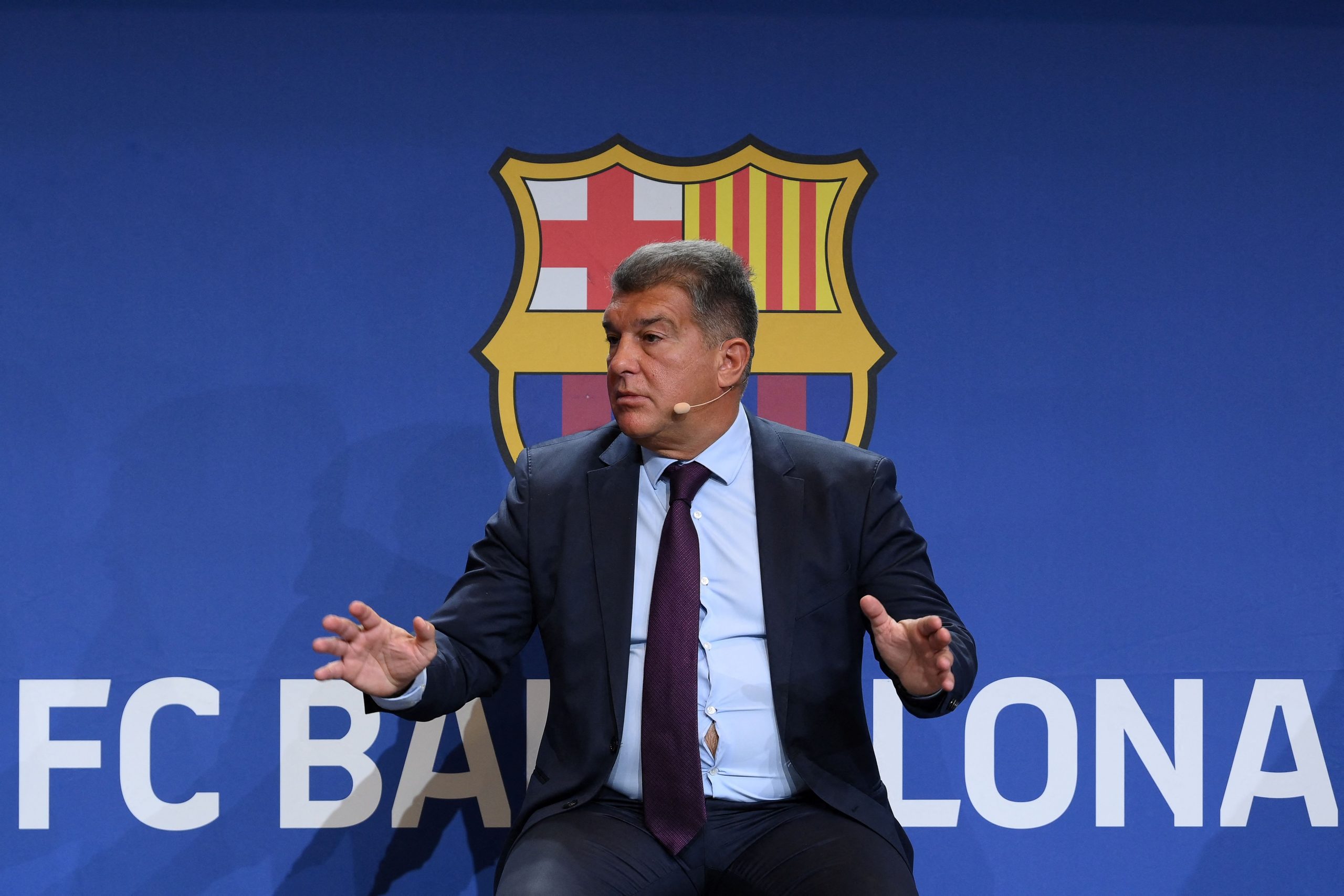 Barcelona president Joan Laporta has announced that the team is working on creating what they call a Barça metaverse apart from also developing the club’s own cryptocurrency.

Speaking on the first day of the Mobile World Congress 2022, as relayed by El Chiringuito, Laporta pressed on how the team is working on coping with the digital innovation and also that they will create their first own Non-Fungible Token (NFT).

Interestingly, back in November 2021, Barcelona planned to enter the NFT marketplace in association with Ownix but terminated their marketing deal a mere five days after announcing the news.

It’s important to mention that the NFT market is already captured by a few football teams across the globe, including AC Milan, Bayern Munich, and Paris Saint-Germain, to name a few.

“We are developing our ‘metaverse’ and have refused to be associated with a cryptocurrency company,” explained Laporta.

“We want to create our own cryptocurrency, and we understand that we have to do it for ourselves, there is enough talent for that. With the blockchain, great opportunities and business opportunities appear.

“The players know that we are in this, that we are a modern club that uses social networks, in the contracts, there are clauses to control this new world of the NFT, the metaverse. We are already working on it,“ he pointed out.

It’s only ideal to remember that Barcelona had previously rejected €70 million worth of sponsorship deals received from various cryptocurrency exchanges before settling with Spotify.

The Catalan team is, in fact, in partnership with Socios.com and Chiliz.net, but dealing in the main sponsorship deal is a different ball game, and a part of their rejection was the uncertainty of the crypto world.

However, while speaking at Mobile World Congress 2022, the club president said that going along with the current innovation is the way to go, and the team does not want to miss out on that.

“Barça has always been innovative in the use and adaptation of new technologies, and we want it to continue to be so; we know that blockchain will be important in the coming years, and the club does not want to miss these opportunities,” he said.