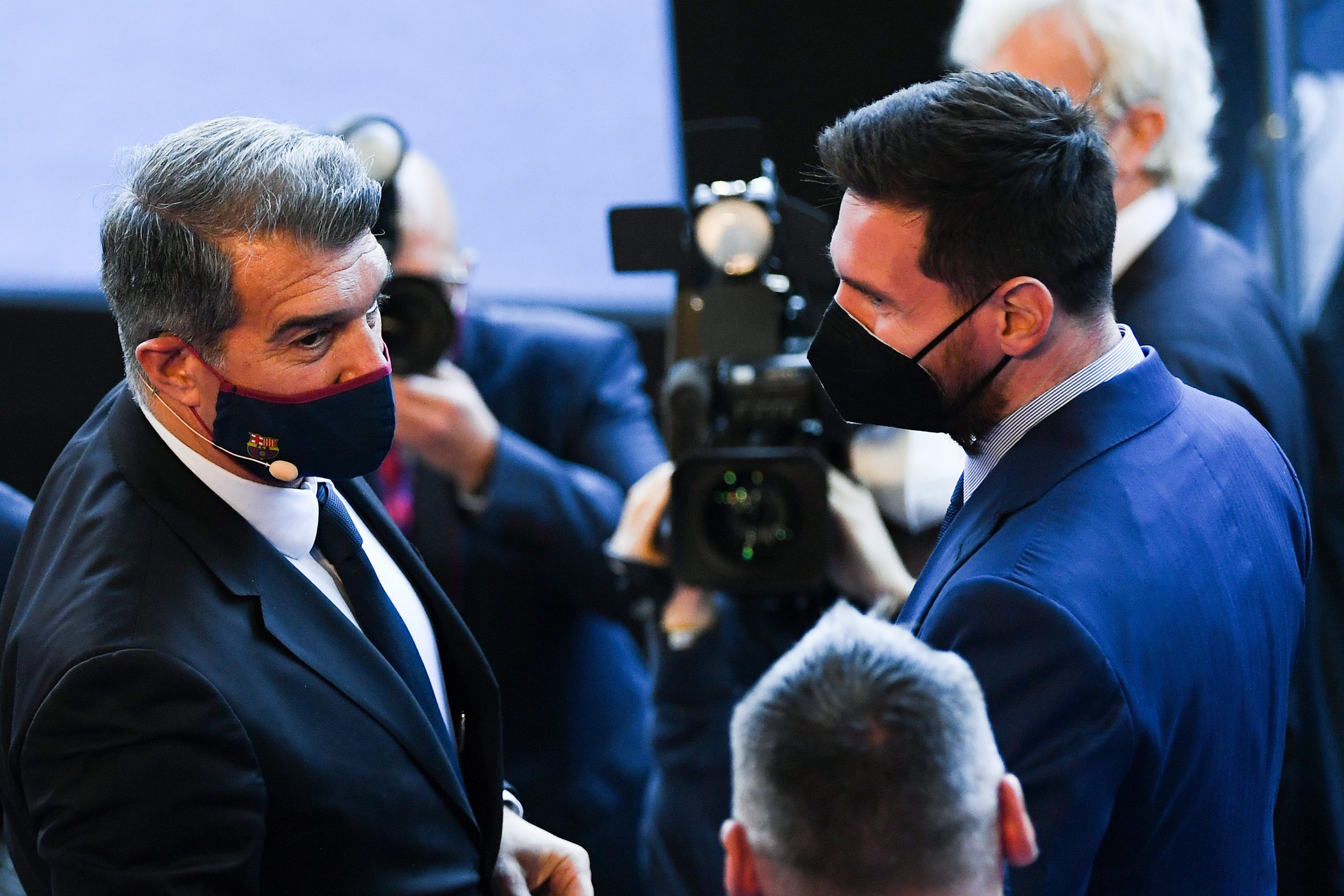 There has been a lot written about Lionel Messi and a potential return to Barcelona in the summer of 2023 in recent days.

Even as speculations about a comeback continue to mount, a new report from La Vanguardia is claiming that president Joan Laporta has major plans with regard to the Barcelona icon and former captain.

On Wednesday, it was reported that Laporta had promised Messi that he will bring him back to Barcelona once his PSG contract expires.

Now, it is being claimed that the Barça supremo has plans to build a statue of the seven-time Ballon d’Or winner outside Spotify Camp Nou.

The report from La Vanguardia claims that Laporta is intent on patching things up with Messi after how his exit from the club was handled last summer. To that end, contacts have already taken place between the two parties to mend fences.

As part of a tribute to what Messi has done for the club over the past two decades, Laporta has reportedly decided to build a statue of the former Barcelona captain outside the club’s stadium.

Along with that, the club president also wants a tribute match to be held honour the Barça legend. But, he feels that it will not enough and wants to see Messi back in a Blaugrana shirt once again.

The 35-year-old had to depart Camp Nou as the club were in no position to renew his contract due to the financial situation. And Laporta wants to put those memories behind and see Messi turn out in Barcelona colours again so that he can sign off on his own terms.

So, while plans for a tribute match and a statue will go ahead, the club president is, for the moment, pushing for the Argentine icon to return to Spotify Camp Nou next summer, when his contract with PSG will expire.

Manager Xavi Hernandez will have a huge role to play for the return to materialise. And how he plans to fit Messi into his team will also be a question among several fans. But, Laporta has total faith in the 42-year-old and believes that he can make it work with his former teammate.

The report indicates that there is a good possibility that the 35-year-old could return to the club. However, any decision on his future will not be made until the FIFA World Cup in Qatar is out of the way.