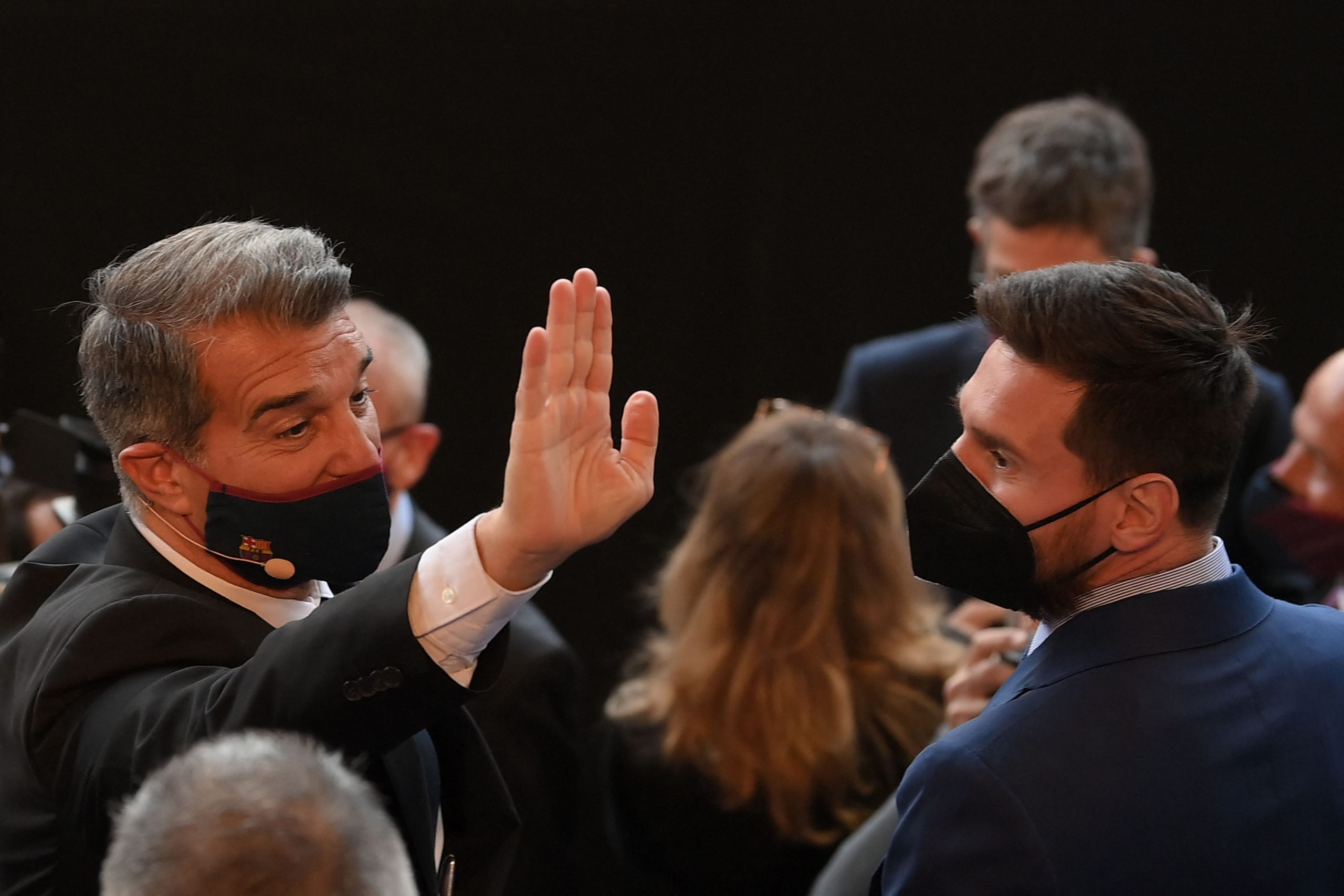 Earlier on Sunday, Lionel Messi’s father, Jorge, responded to questions from a reporter and claimed that he wishes to see the 34-year-old return to play for Barcelona in the future.

Now, club president Joan Laporta has opened the doors for the seven-time Ballon d’Or to return to Camp Nou, stating that he would like it if Messi would come back to Barça in the future.

Messi shocked the footballing world last year when he announced that he will be leaving Barcelona after the club were not in a position to renew his contract. The Argentina superstar signed for Paris Saint-Germain on a Bosman deal, penning a two-year contract with an option of another year.

He has had an eventful debut season at Parc des Princes, as he has seen the highs of winning the Ligue 1 title and the lows of being booed off by the home supporters following PSG’s elimination from the Champions League at the hands of Real Madrid in the Round of 16.

Messi has not looked completely settled at PSG and it has led to rumours about a potential return to Barcelona. At the same time, though, there have been reports of things not being all too well between the former Barça skipper and president Laporta.

However, when quizzed by Deportes Cuatro’s David Ibanez if he would want to see Messi back at Camp Nou, Laporta replied (h/t Fabrizio Romano): “Yes, of course I’d like it.”

Laporta has previously admitted that he does not regret the departure of Messi, stating that the club is bigger than anyone. He had also insisted that the Catalan giants were not looking to re-sign the 2021 Copa America winner as they were building a team for the future.

But, it seems like the club supremo has left the door open for Messi to return to Barcelona in the future. Whether such a move materialises remains to be seen.