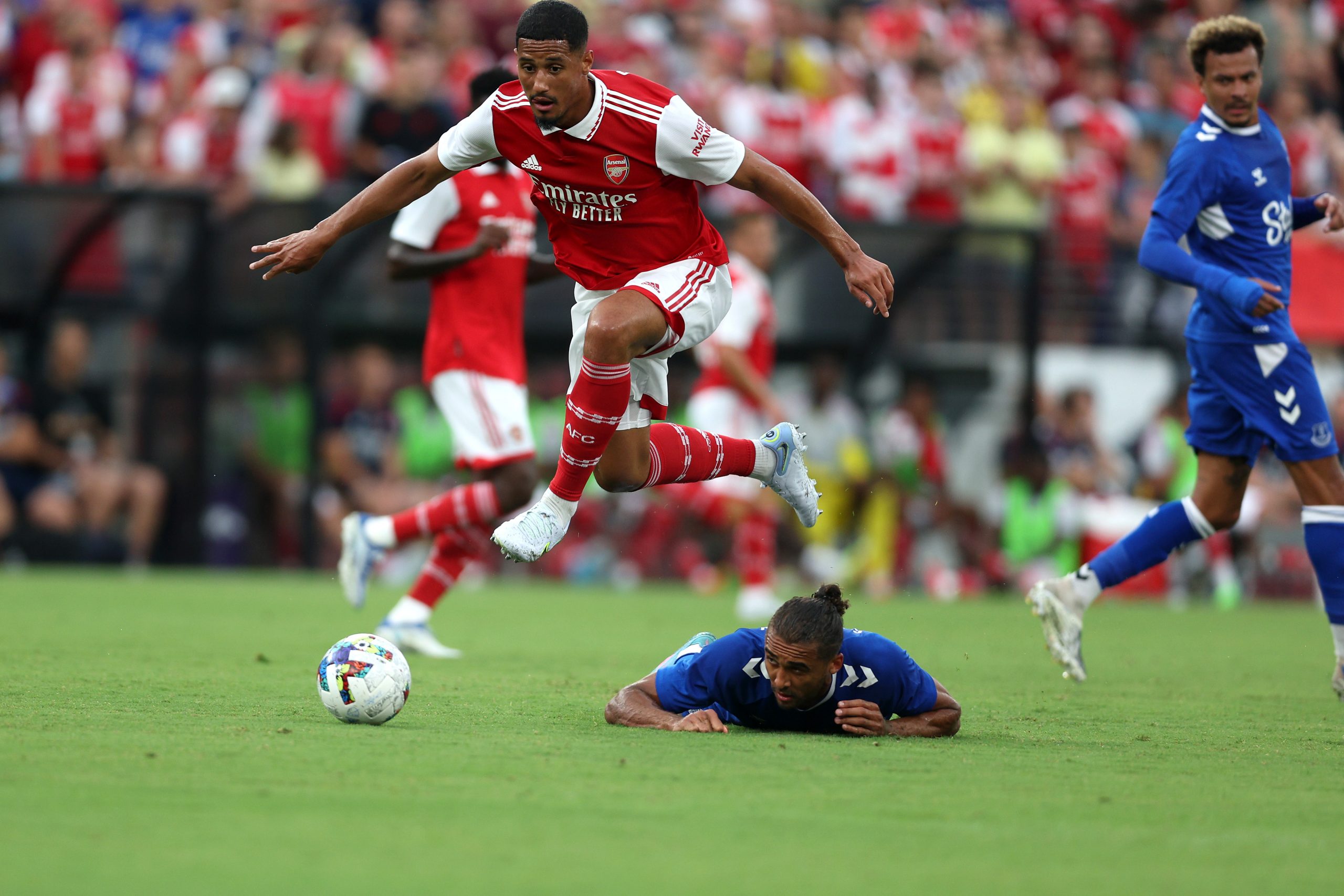 Barcelona’s interest in Sevilla defender Jules Kounde is no top secret. However, signing him from the Andalusians is proving to be a tricky affair due to Chelsea’s interest in the 23-year-old centre-half.

Reports earlier today indicated that Chelsea and Sevilla were closing in on an agreement over a transfer for the French international. However, soon after, Gerard Romero claimed that Barcelona and Sevilla had agreed a price for Kounde.

Since then, however, there seems to be more development in the situation, with multiple sources claiming that Chelsea could be leading the race for the former Bordeaux ace.

Amidst the situation, Gerard Romero has issued a fresh update, stating that Barcelona have prepared a five-man contingency list as alternatives for Kounde if they fail to sign Kounde from Sevilla.

As per the journalist, the five names that the Blaugrana will consider signing if they do not get Kounde are Arsenal’s William Saliba, Milan Skrinar of Inter Milan, RB Leipzig prospect Josko Gvardiol, Roger Ibanez of AS Roma and Inigo Martinez of Athletic Bilbao.

Saliba enjoyed an impressive loan spell at Marseille last season and is back at Arsenal. Signing him could be difficult as the Gunners’ manager Mikel Arteta wants to keep hold of the Frenchman for the upcoming season.

Meanwhile, Skriniar has been one of Inter’s best performers over the past few seasons. However, he is believed to be closing in on a transfer to Paris Saint-Germain. Even if he does not move to Paris, the Slovakian would command a huge transfer fee.

Gvardiol can be an intriguing addition as he would address the lack of a left-footed centre-back in Xavi’s defensive roster. But, given that he joined RB Leipzig only last summer, it could prove difficult to convince the Germans to part ways with the Croatian starlet.

Roger Ibanez was a permanent fixture in the Roma side that won the UEFA Europa Conference League under Jose Mourinho last season. At 23, he has already accumulated plenty of experience at the highest level but still has three years left on his contract.

At 31, Inigo Martinez is by far the most senior option on the shortlist. However, considering that he is also in the final year of his contract, the Spanish international could be a cost-effective option for Barça, while his experience in La Liga would also be advantageous.

However, Kounde remains the absolute priority for Xavi and Barcelona. And efforts will continue to be made to sign the French international.