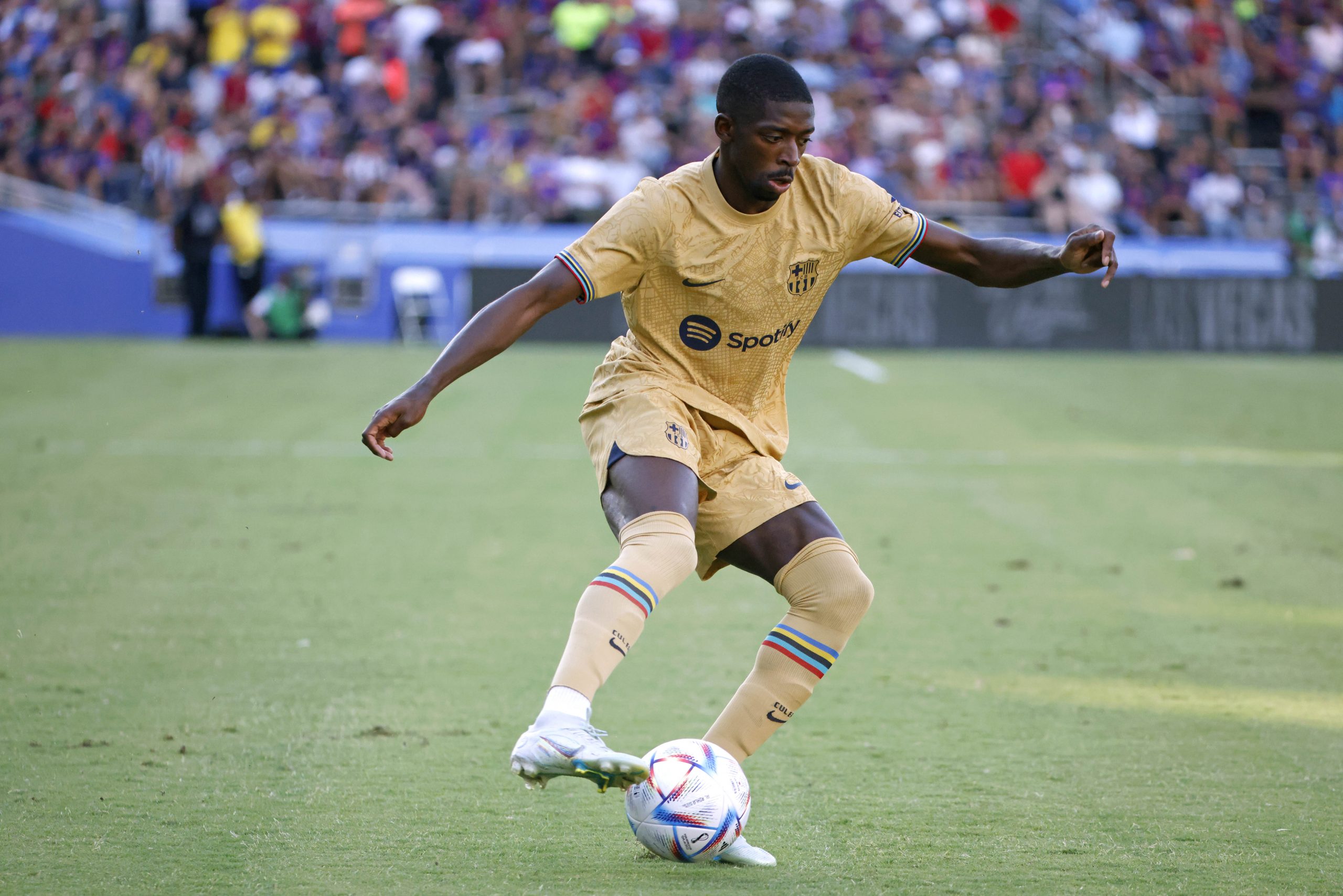 Barcelona have finally reached the end of their USA pre-season tour as they gear up to take on New York Red Bulls at the Red Bull Arena.

The Catalans have been trouble-free through these friendlies, not losing a single game, nor picking up any injuries. In fact, they have had a couple of players declared fit as the tour has gone on.

Ahead of this game, there is a real possibility that Xavi could opt to change his team and use a 3-4-3, as was reported yesterday. The Spaniard hinted about the same in his pre-game press conference, but it seems unlikely given the sheer number of midfielders available in the squad.

As such, we expect him to stick to the classic 4-3-3 tomorrow, shuffling the entire starting lineup in the second half of the game. We take responsibility for predicting the XI of each 45.

Xavi has been transparent about his intentions to use Robert Lewandowski as the starting striker, with one runner on the wing along with a creative source.

Pierre-Emerick Aubameyang and Ansu Fati were used on the left-wing in previous friendlies, while Ousmane Dembele or Raphinha occupied the right side. It will not be surprising to see him switch it up a bit tomorrow, though, in an attempt to use Lewa as the sole focal point.

As such, we predict both Dembele and Raphinha to start together, with the former on the left-wing. There will likely be a high number of turnovers, but the midfield should make up for it through some rigorous work-rate.

Franck Kessie and Frenkie de Jong could start together, as they did vs Juventus, while Miralem Pjanic takes up the defensive midfield role after an impressive performance.

In the defence, Jordi Alba is expected to be rested at the start of proceedings after playing nearly 70 minutes in midweek. Alejandro Balde will take up his place, while Sergino Dest might get to return to his preferred right-back role.

Ronald Araujo was rested, but should make a return to the backline, partnering Gerard Pique. This back four will guard Marc-Andre ter Stegen, who dons the gloves for the first 45.

Starting at the back, ter Stegen will hand over the goalkeeping responsibilities to Inaki Pena. The Spaniard has had a fair share of minutes this pre-season, and tomorrow will likely be no different.

Since de Jong finally gets a run in midfield tomorrow, Eric Garcia and Andreas Christensen could be subbed in at the break to rest Pique and Araujo. The duo started the last game together and have already looked solid.

Dest will likely go off for Sergi Robert, while Jordi Alba takes back the position he has commanded for nearly a decade.

Unquestionably, Sergio Busquets and Pedri will get a run in the second half tomorrow. The final spot will likely go to Nico Gonzalez, while Gavi gets an opportunity in the final quarter of the game.

Ansu Fati has admitted that he is not at 100% fitness yet, and, consequently, should be rested. Instead, we expect Ez Abde to replace Raphinha on the right-wing, while Memphis Depay takes over creative responsibilities on the left.

Pierre-Emerick Aubameyang should come on for his former Borussia Dortmund teammate Lewandowski to fill the gaping hole centrally.