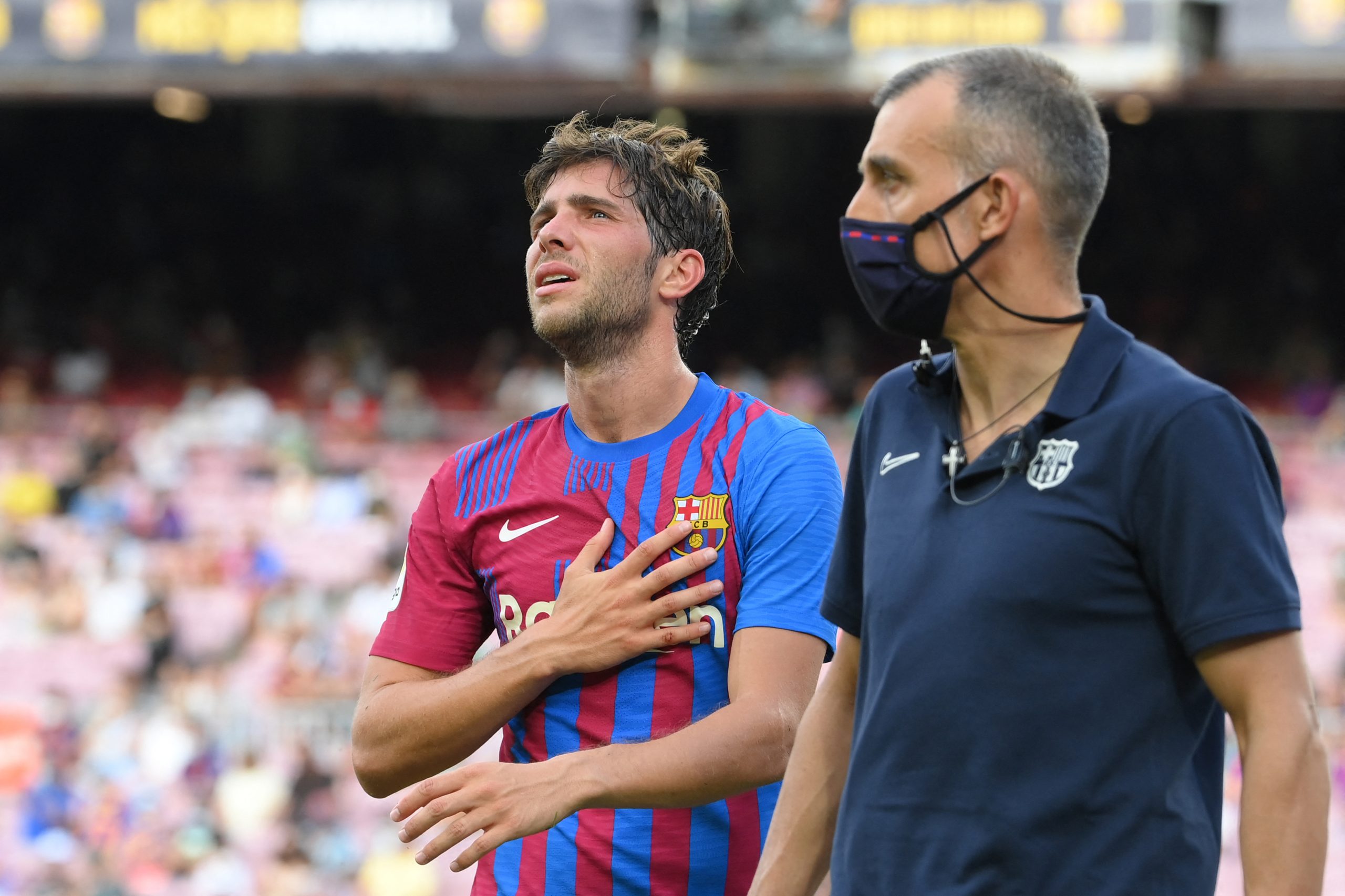 As we head towards the final week of May, Barcelona have their work cut out when it comes to extending the contracts of a few of the existing stars.

While the hopes of Ousmane Dembele’s renewal are seemingly dissipating, Barça are in contention to hand out new deals to both Gavi and Sergi Roberto.

Roberto’s future at Camp Nou has been shrouded in mystery lately, with the club in two minds over his retention. But COPE had recently put out a report suggesting the Catalans are set to go ahead with the negotiations.

They want to tie the midfielder down to a new contract, as the player does offer valuable traits and has vast experience at the highest level of football.

Barcelona were said to offer Roberto a new deal today, and the meeting was set to take place in a private office of Joan Laporta’s choosing. But the appointment was abruptly cancelled by Barcelona, citing a clash of “agenda” in Laporta’s schedule.

COPE journalist Victor Navarro now claims Barcelona have informed Roberto’s agents that they wish to hold talks next week. The schedule should take place in the aforementioned location.

It remains unclear what kind of deal Barcelona are hoping to offer Roberto, but they are certainly expected to ask the midfielder to take up a significant pay cut from his current salary.

The Spaniard, after all, has had his issues with injury and has not offered a whole lot in recent years. In the current season, for example, he has featured in just under 400 minutes of league football.

His experience and understanding of the club’s principles might be the only reasons for Barça to keep him around, so it will not be surprising to see the Catalans offering him a shorter contract.