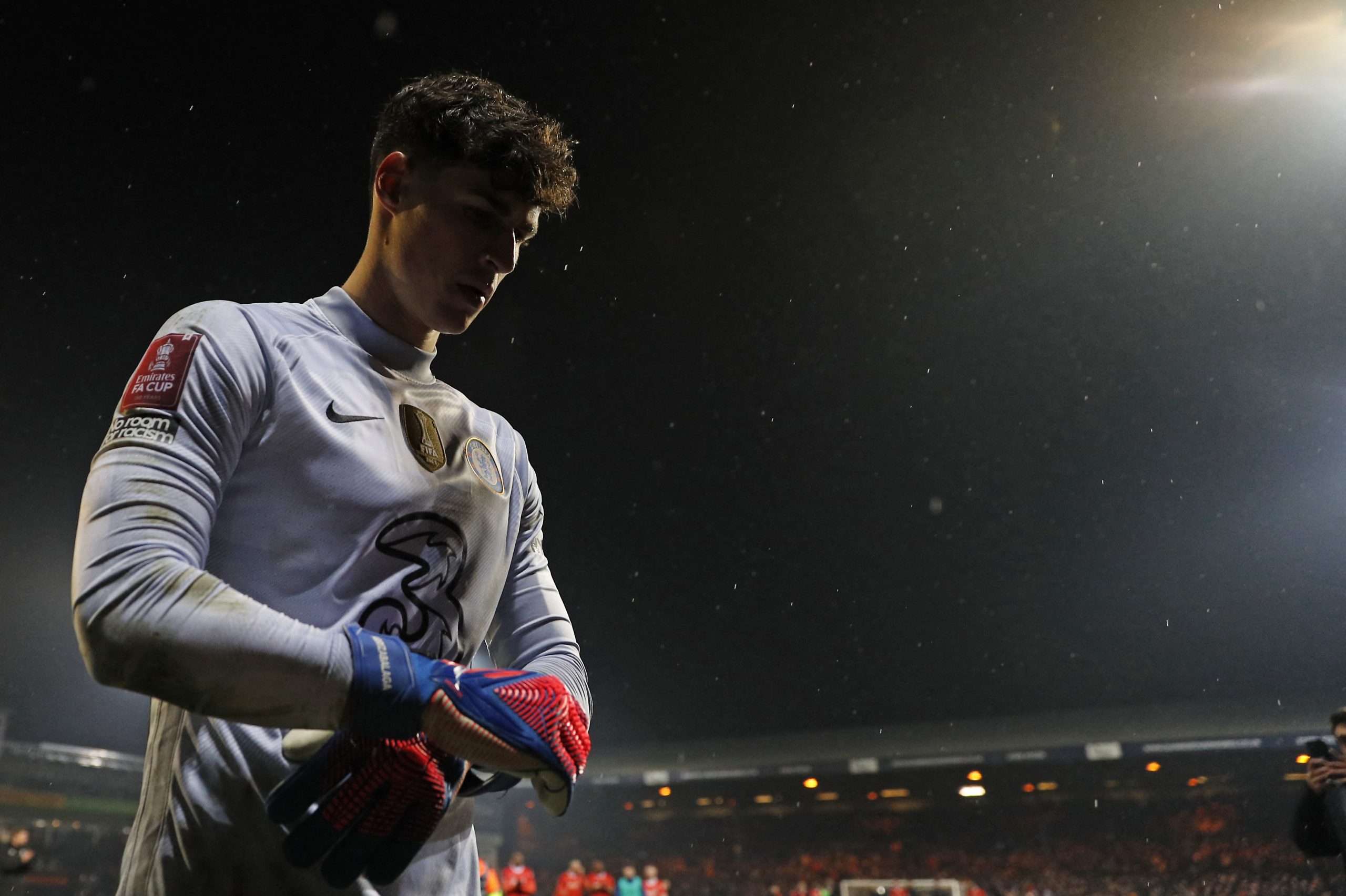 As reported by Spanish news outlet Fichajes, Barcelona are plotting a surprise move for Chelsea custodian Kepa Arrizabalaga as they look keen on parting ways with Marc-Andre ter Stegen in the summer.

With Thomas Tuchel preferring Edouard Mendy over Kepa, the latter’s future has been thrown into question and if the reports are to be believed, Barcelona might as well pull him out of the misery.

Mendy’s world-class form under Tuchel means a run in the starting XI has been far and between for the Spanish goalkeeper. And with the FIFA World Cup also looming, he would definitely want to work on building the numbers.

Kepa’s link with Barcelona doesn’t really come as any surprise since ter Stegen hasn’t been at his usual best. Until last season, the German stopper was considered untouchable, but his recent run of form has forced the Barcelona management to open up a debate.

It’s not that there’s a massive upturn in form but it’s pretty much evident he hasn’t performed at his usual standards since sustaining a knee injury earlier this year that needed surgery.

On top of that, the former Borussia Monchengladbach custodian is also one of Barcelona’s top earners and with his contract valid until 2025, the team might as well coup a handsome transfer fee that can aid Kepa’s arrival.

But while it’s a win-win situation for Barcelona, the state Chelsea are in at the moment puts this transfer in jeopardy. On the other hand, they will also have to fend off interest from the likes of Lazio and Newcastle United if they tend to sign the 27-year-old in the summer.

The good thing for Barcelona in their pursuit is that Kepa isn’t the only one on the list. As reported earlier, Leeds United’s Ilan Meslier, Wolfsburg’s Koen Casteels and Fiorentina’s Bartlomiej Dragowski are all on Barcelona’s agenda.