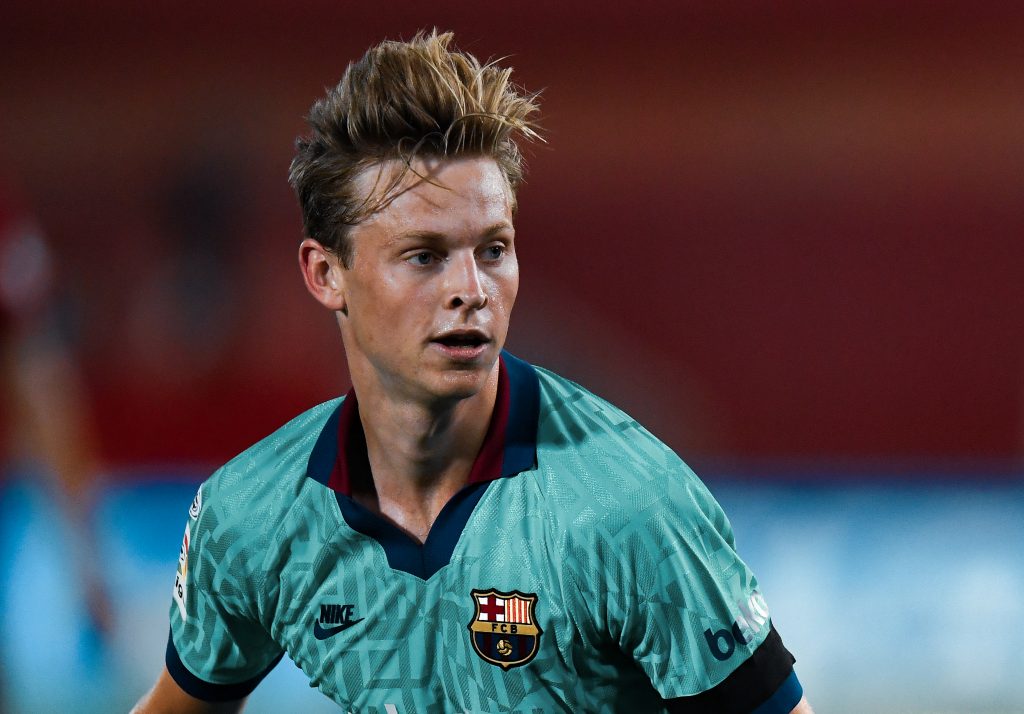 Barça secured the three points with ease and comfort as the Catalans steamrolled its way past Mallorca at Son Moix. The three-month break seems to have done Barcelona more good than harm, as the squad looked fully rested and energised to take on RCD Mallorca at the Estadi Son Moix. With the collective being coordinated and cohesive, the footballers added their bit of quality too as they achieved a convincing 0–4 away win.

Marc-André ter Stegen looked calm and collected in goal as he clinched a much-needed clean sheet for the blaugranas. Although he was forced to make a couple of difficult saves, the German didn’t seem fathomed and effortlessly denied every attempt that came his way. In addition to his brilliant shot-stopping ability, the 28-year-old was incredibly accurate with his distribution, recording 64 passes.

Gerard Piqué, although he seemed a bit out of touch at times, had a decent night at the back, and distributed the ball forward with tremendous efficiency. Along with maintaining a solid partnership with Ronald Araújo, Geri was determined to seal an optimistic result.

Uruguayan centre-back Ronald Araújo was an unexpected inclusion in Setién’s starting XI, but to the surprise of everyone, he was one of Barcelona’s most crucial figures in their 0–4 victory. Not only did the youngster position himself with perfection, but he even made smart choices on the ball, getting himself out of tight areas and executing the right plays. An outstanding debut for young Araújo, who would be proud to redeem himself after being sent off in his previous game against Sevilla.

Sergi Roberto was running rampant on the right flank with his blistering pace and productivity in attack. While defensively he wasn’t the most stable, his ability to stretch Mallorca’s deep block and create opportunities on the right hand side allowed Barcelona to find spaces to exploit.

Similar to his full-back partner in crime, Jordi Alba was slightly fragile defensively. But, in spite of that, his output in attack made up for every little flaw he made. The Alba fans are so familiar with turned up at the Son Moix as the Spaniard unquestionably conquered the left flank. Jordi contributed early on in the game through a terrific aerial cross, and later on, even found himself scoring a neat finish. Remarkable display from a player who seemed out of form before the break.

While Sergio Busquets, for obvious reasons, was unable to complete the full 90 minutes, he was once again a leading figure for the Catalans. Commanding Barça from the base of the midfield, he proved why his importance to the Spanish giants is so decisive. Just another day at the office for Barça’s profound pivot.

Frenkie de Jong was one of the major reasons Barça were able to acquire a lead in just the second minute of the game since it was his tenacity to win the ball back that allowed his side to capitalise. Whilst he is known to be far more comfortable as a pivot, the Dutchman is a highly capable interior and showed, with ample space and width on the field, he can make a positive impact on the game. Due to Vidal being far more aggressive in attack and choosing to attack the opposition, Frenkie had the liberty to often sit deep. Winning the ball back on various occasions and offering balance to the side, it was a wonderful outing for the former Ajax man.

Chilean workhorse Arturo Vidal was a sight for sore eyes against Vicente Moreno’s men. Vidal slotted a beautifully hit header past Manolo Reina, won all his aerial duels and was a beast with his pressing. Despite not possessing Arthur Melo’s technique or intelligence, his significance to the club has often been undervalued.

Barcelona’s newly signed Martin Braithwaite played to prove a point as he lived up to his words, scoring a well placed half-volley and providing continuous support on the left flank. He was always in the right place at the right time, and gave Barcelona an edge with his pace and athleticism. A game the Dane will undeniably remember for the rest of his life.

❛ Braithwaite was also great today. He did everything right ❜

Despite starting in the centre, Antoine Griezmann seemed lost and absent on the field. Defensively, his contributions were admirable, but taking a look at the role he was actually supposed to fulfill, it can be said he had little impact. He barely posed a threat to Mallorca’s defence and often seemed disconnected with Martin Braithwaite and Lionel Messi.

Lionel Messi looked sharper than ever and was a constant menace for Mallorca’s melancholic defence. A goal and two assists to mark his return earned him the undisputed man of the match title as he helped his Barça side cruise to a triumphant victory. With his beard trimmed, hair coming down and typical knack for scoring goals, it appeared as if Messi had gone back in time and brought a younger version of himself. If the azulgranas desire to continue winning games, they’ll need their captain to continue performing in the same fashion.