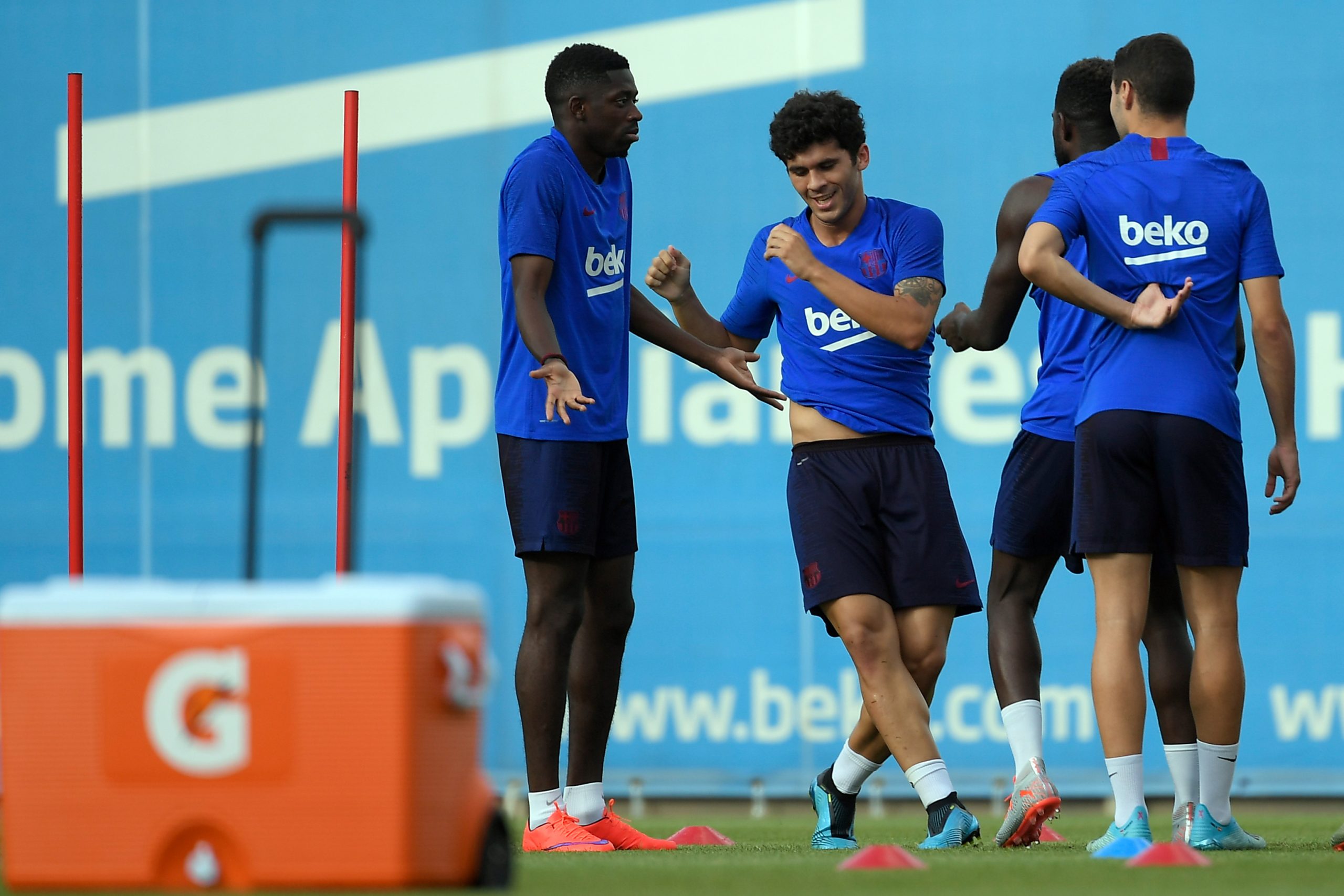 The January transfer window is just around the corner and once again, it’s looking to be quite a busy one for Barcelona. We know that the Catalans are in a dire financial situation but for that exact reason, they will look to sell players in order to buy.

And according to the latest report from Mundo Deportivo, Ronald Koeman already has a chopping list that includes players he doesn’t want in the squad. The outlet mentions the likes of Ousmane Dembélé, Martin Braithwaite, Carles Aleñá and Junior Firpo as the biggest candidates for departing the club.

Of course, Samuel Umtiti is also on the list but Barcelona are still having issues finding a bidder for the Frenchman. On the other hand, the future of Riqui Puig is also shrouded in mystery. The youngster is adamant on staying but Koeman doesn’t seem to like the La Masia gem that much, at least if his game time is any proof of that at all. Still, the paper labels him as untransferrable at the moment.

The other side of the coin is quite clear as well. If they manage to sell the aforementioned players, or at least some of them, Barcelona will go back in for both Memphis Depay and Eric García. Koeman wants another forward and another defender for his team so those two are still the priorities in the market.

Both of their contracts are also expiring so this is a deal that could be sealed either for a low sum or completely for free, depending on whether they arrive in January or in the summer.