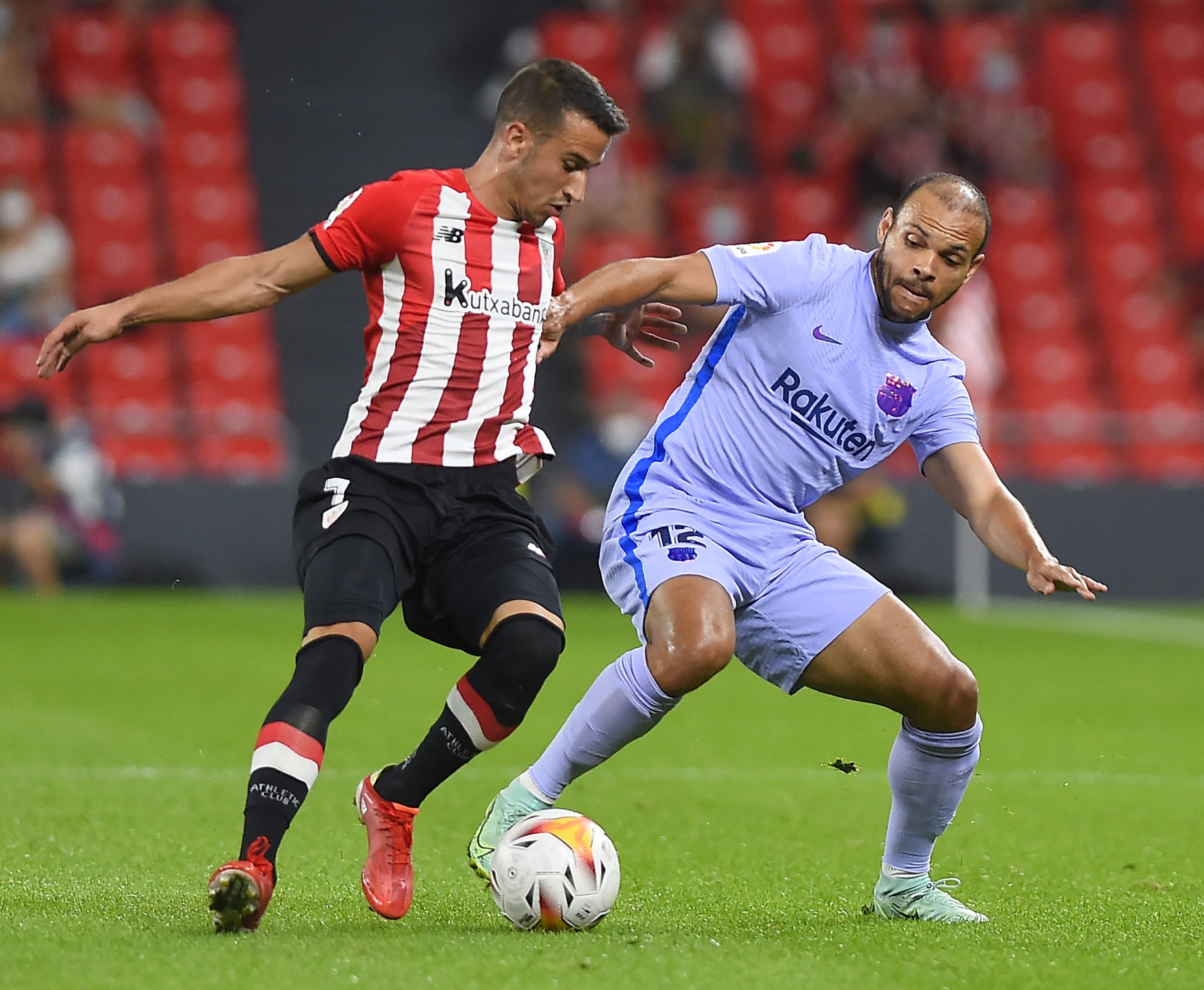 In what will come as a huge relief for Barcelona, they are on the verge of parting ways with out-of-favour striker Martin Braithwaite. The 31-year-old is all set to join local rivals Espanyol, with a medical already underway, reports Radioestadio.

Braithwaite has been deemed surplus to requirements by manager Xavi since the January transfer window earlier this year, but had refused to leave the club back in the winter and in the early parts of the summer.

However, the danger of potentially missing out on the World Cup squad for Denmark due to his situation at Spotify Camp Nou, coupled with an opportunity to continue staying in Catalonia has seemingly convinced Braithwaite to jump ship to Espanyol.

As per the report, the 31-year-old Danish international is already undergoing his medical examinations at the Corachán Clinic and his signing will be made official imminently.

It is likely that the ex-Leganes forward will leave Barcelona as a free agent, with the Blaugrana happy to terminate his contract and him a small payout in order to get his wages off the books.

Braithwaite joined Barcelona from Leganes in February 2020 as an emergency signing after the Catalan giants were struck down with injury issues. He has never been able to establish himself as a regular in the side at Spotify Camp Nou, although he did score a few key goals.

The Danish striker will now depart the Blaugrana after making 58 appearances in which he found the back of the net on ten occasions and set up five goals for his teammates.

His impending exit, coupled with that of Sergino Dest and Pierre-Emerick Aubameyang, should help Barcelona register any new players that they sign on deadline day.