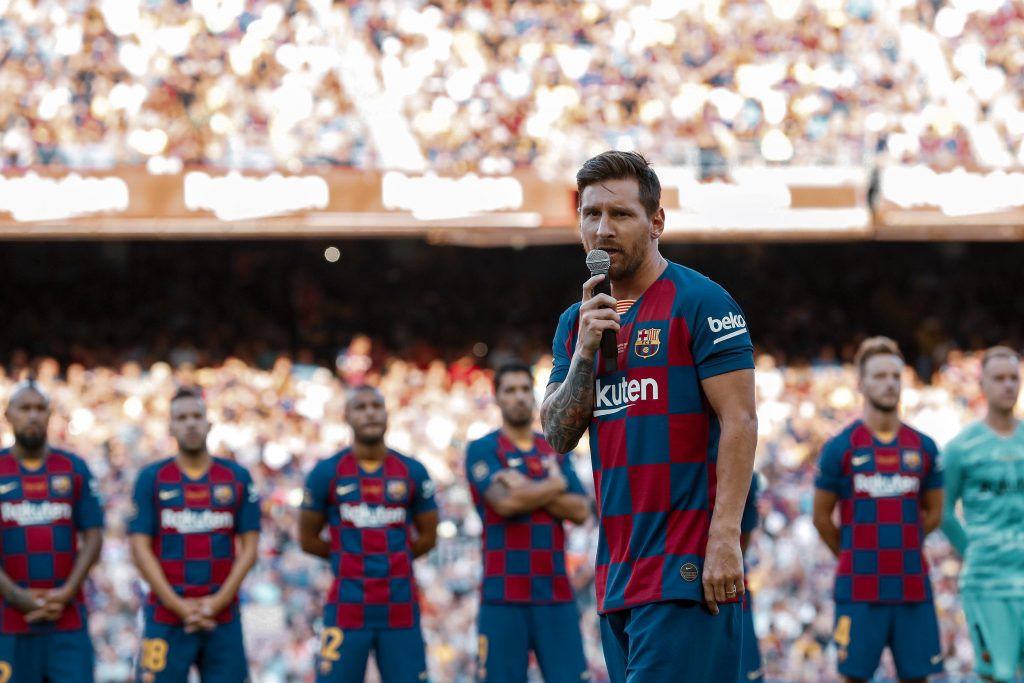 As shown in the Bundesliga in recent weeks, the percentage of home wins has decreased primarily as a consequence of the empty stadiums. Will this impact the La Liga race between Barcelona and Real Madrid too?

On Sunday, La Liga released the dates for the opening games of the return of the Spanish competition. The league will restart with the historic Seville derby between Sevilla and Betis, at the Ramón Sánchez Pizjuán on Thursday 11 June at 22:00 CET. However, while any type of top-flight football is a great consolation, each fan will be eager to watch its respective team back on the field. Culés and madridistas, in particular, will have their sights set on the fierce title race that will expected take place in the remaining (11) games.

While Real Madrid took the top spot of the table with a 2–0 win over Barcelona in the Clásico on March 1, they lost their lead with a subsequent 2–1 loss away against Betis. Currently Barça have a two-point advantage over their historic rivals. Quique Setién was appointed as the Catalans’ coach on 13 January 2020, replacing Ernesto Valverde after a shaky opening months to the campaign. Arriving in midseason, Setién did not have enough time to implement all his concepts, and circumstances are not ideal now either for the players to perform at their full potential. Nevertheless, the Blaugrana will look to get back to their top form as soon as possible as they search for their third consecutive LaLiga title.

Barcelona will have their first post-pandemic clash away at Mallorca, on Saturday 13 June at 22:00 CET. The return to the team’s full capacity is expected to be very progressive and cautious. Still, after three months of inactivity without football, Barça will have to wait only 72 hours to play their second consecutive match. On Tuesday 16 June, also at 22:00 CET, they will host Leganés at the Camp Nou. An empty Camp Nou. Despite the immensity of the stadium, it being empty will be less of a frightening sight for rivals. In fact, the Bundesliga has already been suffering the effects of the so-called Geisterspiele, or ghost games.

In the 36 matches since the return of the Bundesliga, there have only been eight home victories. This means that home teams have only won 22% of duels, which compares to an average of 43% of success on home soil when there were fans in this Bundesliga term. A significant slump that further highlights how supporters always present a massive home advantage, but not so much anymore. Without fans, the motivation and pressure are significantly lower, which results in footballers being more prone to lapses of concentration.

There are many factors that can influence the percentages of home or away triumphs. For instance, the smaller teams seem to be much more hurt by the absence of fans than the giants, like Bayern Munich. With their lower individual quality, roaring crowds often reduce the differences when a small side is hosting a big fish. More time will be needed to really determine whether the ratio of home wins stabilises or not, but this already hints at the impact of no fans in results.

Barça will have one more game on the road than Real Madrid, which in theory should be a disadvantage for the azulgranas. But nothing can be predicted anymore with this new normality. As Lionel Messi expressed, “neither football nor life in general will ever be the same again”. Barcelona’s visits to the Sánchez Pizjuán, or Madrid’s departures to San Mamés or the Nuevo Los Cármenes, may not be as frightening as they would have been with full stands. Furthermore, with this in mind, and to diminish the feeling of emptiness, Real Madrid have decided that they will play their remaining six home clashes at the 6,000-capacity Alfredo di Stefáno stadium, at their training ground.

Only eleven matches are remaining in this La Liga season, but who will benefit the most from this new situation? Per Sports Betting Dime, Barça is a 1.61 favorite to hold off Real Madrid (2.35) at the top of the table when La Liga returns for its final 11 matchdays of the season. While just two points separate them and Barcelona has six away matches to Madrid’s five, the prospect of empty stadiums may erase much home-field advantage. Will the league winner be different from the team that would have been crowned champion if there had never been the coronavirus pandemic? We will never know.

• Possible consequences of coronavirus on football clubs and institutions