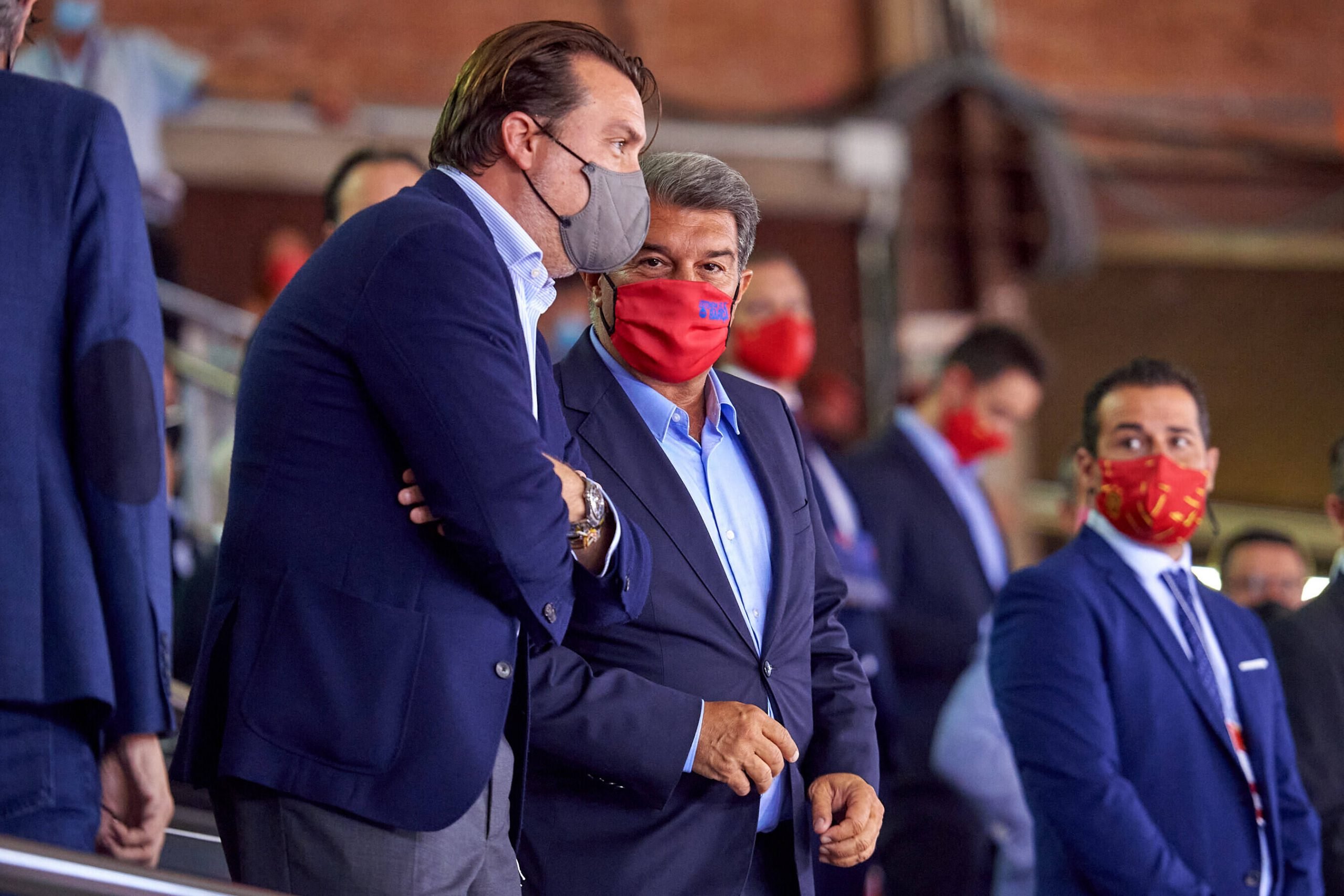 According to Mundo Deportivo, Barcelona are set for a busy period in the transfer window as the club looks to finalise exits for several stars in a bid to make room for the renewal of Lionel Messi.

The 34-year-old is currently a free agent, with his deal with the Catalan giants running out on the 30th of June. While a contract renewal is said to be in the works, the La Liga ‘Fair Play’ rules are proving to be a hindrance, requiring Barcelona to cut down on their massive wage bill in order to accommodate the Argentina captain.

Indeed, as per the report, the Blaugrana need to shave off at least €200 million in order to comply with the restrictions put in place by La Liga and accommodate Messi’s new contract. So, the priority for the club, as things stand, is to get rid of players that are not in the plans of manager Ronald Koeman for the upcoming season.

Some players who are now likely to be pushed out, as a result, are Samuel Umtiti, Miralem Pjanic, Philippe Coutinho, Moussa Wague, Carles Alena and Junior Firpo, with the latter already set to sign for Leeds United in a €15 million deal.

Martin Braithwaite is another player who Barcelona are willing to cash in on, considering his stock is high after some impressive displays at the UEFA Euro 2020 with Denmark.

The door is also open for the likes of Neto, Sergi Roberto and Clement Lenglet to leave should suitable offers arrive, which should generate revenue from sales while reducing the wage bill.

In the case of Umtiti and Pjanic, Barca are considering the possibility of terminating their contracts like they did with Matheus Fernandes and such an option would be looked at for other players who are reluctant to leave as well.

Apart from player sales and releases, another way that Barcelona can trim down their wage bill is by reducing the salaries of some of their highest earners. The likes of Antoine Griezmann, Jordi Alba, Sergio Busquets, Ousmane Dembele, Gerard Pique, and Roberto would fall under this category, who could potentially be offered reduced terms, although such a move would be fraught with difficulties.

The last resort for Barcelona would be to hope that La Liga offers some relaxation on their rules so that they can incorporate the contract extension of Messi. However, such a move has categorically been ruled out by Spanish football association president Javier Tebas.

A tricky period awaits Joan Laporta & co. as they look to resolve the issue and quickly secure the contract extension of their talisman, Messi.