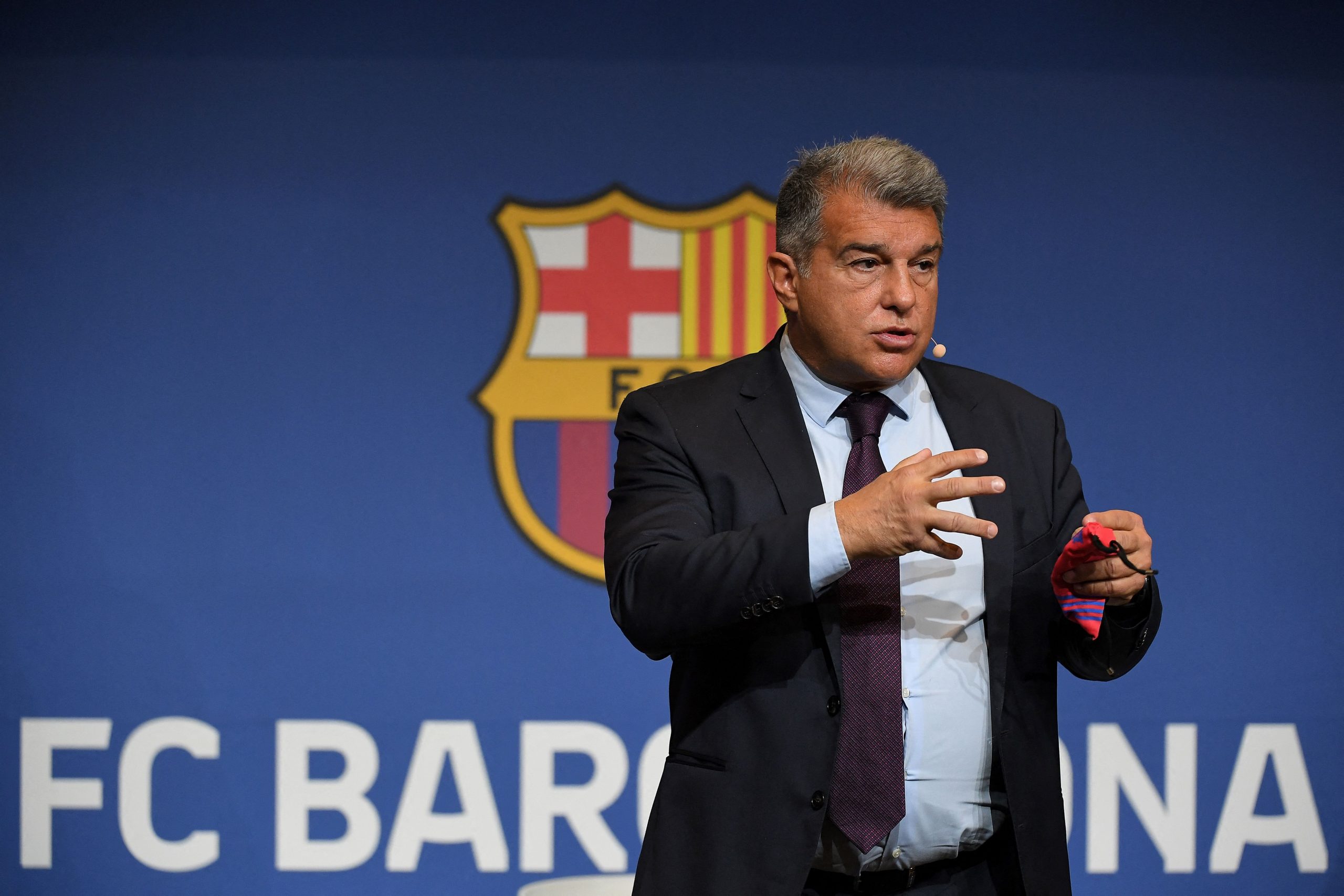 During the Extraordinary Assembly of FC Barcelona Delegate Members on Thursday, June 16, club president Joan Laporta and marketing vice president Juli Guiu shed light on several financial decisions that the board has planned in order to put everything in perspective.

The agenda of the assembly was to get approval for two main issues. First being the authorisation for the acquisition by one or more investors of a minority stake in the social capital of the business in Barça Licensing & Merchandising, S.L. (BLM).

The second was about the authorisation for the cession to one or more investors of up to 25% of income for the exploitation of the corresponding television rights.

“We are deciding major issues that affect the present and future of our club,” said Laporta in the assembly. “The Assembly is held with the aim of approving solutions that would help improve the club’s economy, which is the key to everything.”

“When we arrived we found ourselves in a very complicated economic situation. We couldn’t pay the payroll for May,” he added.

“Investors demanded the payment of €200 million that we didn’t have. We were terminally ill and today we would talk about Barça being an F-1 single-seater. One that we find ourselves without gasoline and with a seized engine.”

“Today we can announce that if they [assembly members] give us their trust and we activate the economic levers, Barça will once again have its own funds and you will be able to repay the debt in a more sustainable way and have a more competitive team.”

“If we activate these levers, the car would already be taken to the pits to do a set-up and put it on the starting grid to compete,” he explained

BLM is something that is entirely owned by Barcelona. And now that things are going back to normal, the team is expecting an estimated revenue of €55 million out of it this season.

In order to generate extra revenue, however, Barcelona are in need to find more partners to expand it internationally. And for that, they need the authorization to sell 49.9% of its equity.

“This operation will first bring an investment because they will buy 49.9% share. We have different proposals. The valuation of the whole company has been made at €700 million euros by us,” explained Laporta.

“There are investors who consider that the valuation is lower. It would be a stretch between €600 and €700, there is a push and pull. It will help us accelerate growth.”

“The offers we are considering are not for less than €200 million. Roughly, it is between €200 and €300 million for this 49.9% based on a series of clauses where Barça would have to authorize the sale to a third party.”

“There are negotiations that say that 49.9% would be over €200 or €300 million. And some business plan says that within six years BLM could enter €1,200 million. We do not have a crystal ball, although we have some projections,” he added.

Laporta also assured that the sale of these assets will have a re-purchase option so that if a new board arrives, they can exercise it in case of any emergency.

“It would be unfair, it is not your fault that the club has been poorly managed in recent years, that is why we will not ask you for a spill. The TV rights will return because it is a certain period. The other from BLM there are repurchase options,” explained the president.

“We need instruments to compete with our rivals. This will help us to have positive funds and be healthy, repay the debt in a more reasonable way. We will be able to reinforce our professional teams so that they are more competitive. I ask that you vote in favour of the authorization,” he concluded.