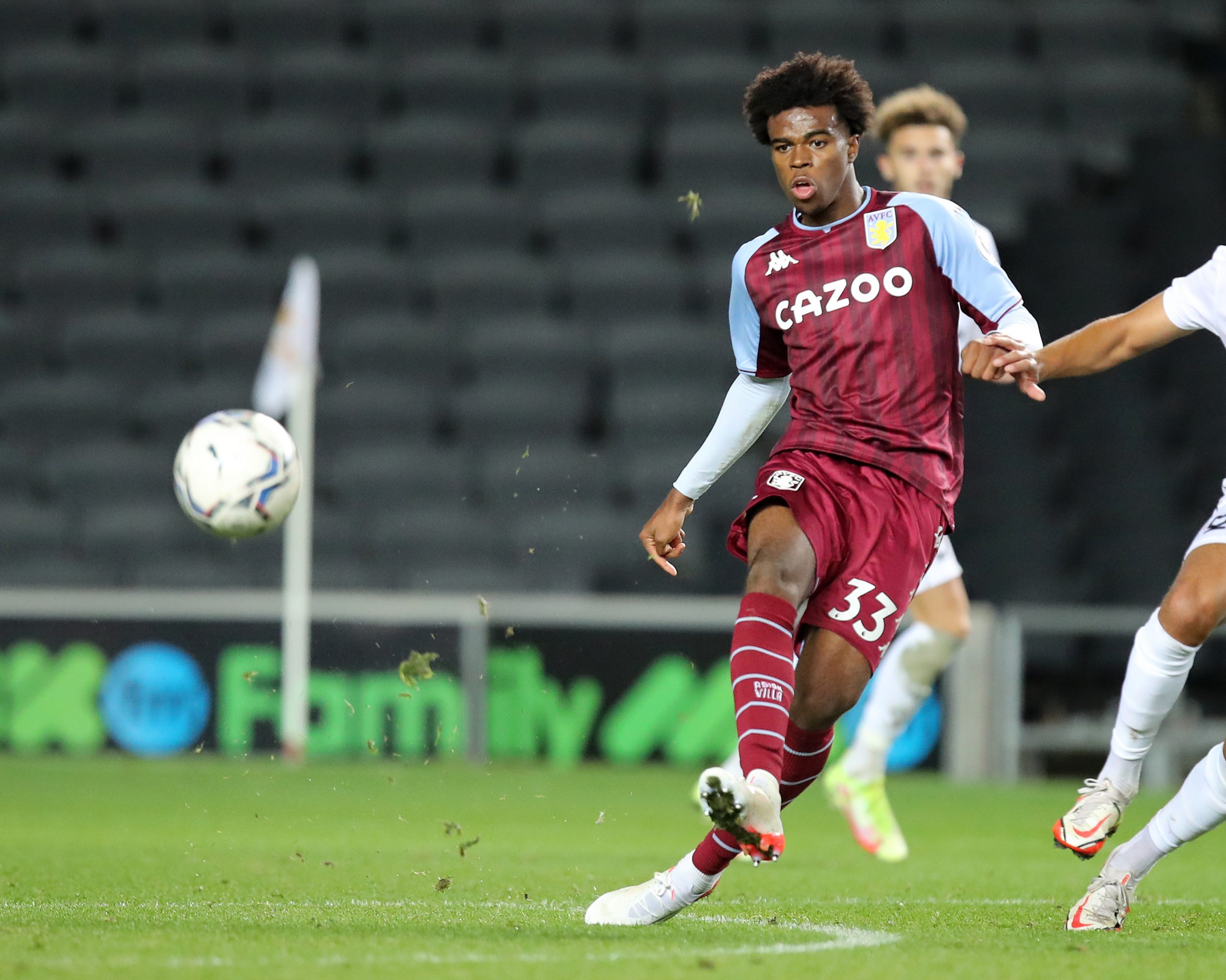 For the past several months, FC Barcelona have been following Aston Villa’s teenage sensation, Carney Chukwuemeka, as per reports by Mundo Deportivo. The teen has been a part of 14 of Aston Villa’s games in the Premier League last season.

The Catalans view him as a talented footballer who is also versatile, strong, physically dominant and a player with great potential. Xavi has given the go-ahead to sign the teenager if there is a possibility and if it makes financial sense.

Having received the green signal, Jordi Cruyff has been negotiating with Aston Villa to explore the possibility of signing Chukwuemeka. However, at the moment, Barça’s main priority is signing players who can produce right away rather than signings for the future.

The Catalans are also aware that the proceedings for the 18-year-old won’t be simple and Chukwuemeka has bids from the majority of the major European countries.

Indeed, as per new reports by the Mirror, Barcelona have been joined by French champions, Paris Saint-Germain in their hunt for the Englishman. The Qatari-backed French giants are now competing with Barcelona for the 18-year-old’s services.

Steven Gerrard, the manager of the Villans, left Chukwuemeka at home while the team headed to Australia for the first Queensland Champions Cup. With the amount of money that the Parisians have to spend, the signing could be rendered impossible for the Catalans.

Barcelona are still in the driving seat for the signing of the youngster, who is valued at £20 million. However, it is suggested that the Blaugrana do not intend to get stuck in a bidding war for Chukwuemeka due to their tight financial conditions, and will only be looking to sign the player at his market price and nothing more.

It remains to be seen if the Catalans will get their hands on the Aston Villa-man, and if they do actually partake in a bidding war as the club already has loads of young talent waiting in the pipeline for opportunities in the future.