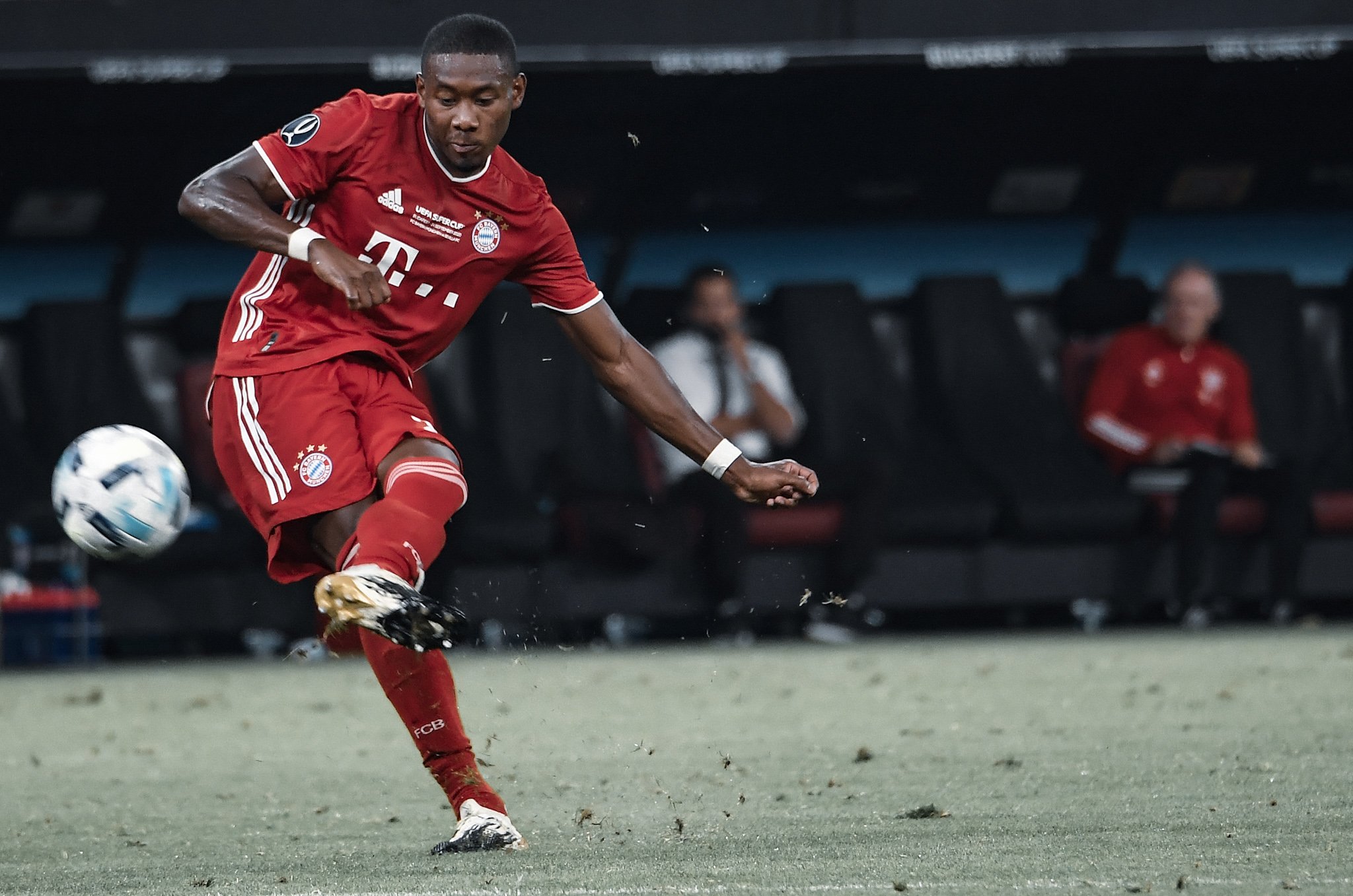 While it’s a familiar sight in other sports like the NBA, it’s not often that a world-class footballer ends up on the free market. With the recent news of contract talks breaking down between David Alaba and Bayern Munich, the Austrian international looks set for pastures new, and there is little to no reasons for Barcelona to deny him a contract. Born to a Nigerian-Austrian father and Filipina mother, Alaba has been an integral part of The Bavarians since his emergence in 2012.

For the past couple of seasons, it’s been evident that Barcelona are in dire need of reinforcements in the backline. With Gerard Piqué and Jordi Alba at the tail-end of their careers and Samuel Umtiti’s recurring injuries, the Catalan giants lack quality and depth across the back four.

Aside from his elite ability, the soon-to-be most valuable free agent in football history has all the necessary traits that will make him an invaluable asset in the Garnet and Blue. His versatility, tactical awareness, and overall ability would make him a perfect addition to the team, and he would assuredly shore up the Catalans’ defence.

Alaba can add versatility to Barcelona

In regards to versatility, Alaba has played all over the pitch. With the Austrian national team, he is often employed as a defensive midfielder but has played as a winger as well. For the first few years of his club career, he played mostly as a left-back, but his role shifted when Pep Guardiola took over in 2013.

The current-Manchester City manager played him as an inverted full-back, operating in the space of a number 6, as a conventional central midfielder, and even as a wide midfielder or winger.

“He’s an unbelievable talent. He can play anywhere. He’s quick, is good in the build-up, and is always 100 percent focused.”

“Without a doubt, he can be one of the best center backs in the world.”

Due to injuries, Alaba was shifted to centre back last season. Nonetheless, he proved to be one of the first names on the team sheet for Hansi-Dieter Flick, as well as a vital peg as Bayern Munich attained their second treble.

At Barça, there are a multitude of roles that the eight-time Bundesliga champion can fit in. First, he can effortlessly slot in at centre back alongside Piqué, Clément Lenglet, or Ronald Araújo. Although a partnership with Lenglet would pair two left-footed players alongside each other, Alaba’s ambidexterity could see him easily slide over to the right.

The three-time UEFA Team of the Year player could also operate at left-back in place of Jordi Alba. He offers a lot more defensively than the Spaniard and is at worst, equally threatening going forward. He lacks Alba’s pace, but makes up for it with his vision and eye for goal. A rotation of the two players would also oust current backup Junior Firpo, who has struggled since his arrival to Barça in 2019.

Alaba could also fit in Ronald Koeman’s Barcelona, in which he prefers a double-pivot or even as a number 6 in a classic 4-3-3. His versatility allows him to play all over the pitch, and he can be the solution to many of Barça’s problems. Imagine Sergi Roberto – but better.

Alaba’s ability, and a statistical approach

Above all else, David Alaba feels tailor-made for Barcelona. With his tactical awareness, playstyle, and overall ability, he would fit right into the team. He’s played under some of the greatest tacticians in football history, including Guardiola, Jupp Heynckes, and Carlo Ancelotti, and has undoubtedly learned a lot from them.

In terms of style, Alaba plays with poise and composure, some of the most important traits in a Barcelona player. As a ball-playing defender, Alaba’s comfortable with patient build-up from the back, hitting long balls to wingers, and even carrying the ball up the field. If put under pressure, he can confidently dribble or pass his way out of trouble; and if faced with a stout defence, he can play a variety of passes to break it down.

He’s often the catalyst for Bayern’s high-flying offense, and his influence can be felt throughout the entire pitch. Last season, he was the fourth most targeted player in the Bundesliga and had the fifth-most touches.

“Alaba doesn’t just perform to 100 percent of his abilities at the back, but he closes the space, pings passes about, and runs with the ball at speed. Usually, players can only manage to do one or the other.”

The Austrian-international is also a leader in the backline, something the Catalans desperately need.

“I’m very happy because David’s a player who leads the back four and always gives instructions to his colleagues. He takes the initiative, takes charge.”

Statistically, he matches up well with the best defenders in Europe. Compared to Barça’s preferred pairing of Piqué and Lenglet, Alaba outperforms them in various aspects.

In the 2019-20 season, he averaged 68 completed passes per 90 minutes with an impressive 90.7% completion rate, outperforming Piqué and Lenglet (66.8 and 65.9, respectively). He also completed a staggering 8.41 passes per match into the final third, the most of any player in Europe’s top five leagues, which speaks volumes about his brilliant vision. In comparison, Piqué and Lenglet averaged 5.20 and 5.07.

Similarly, he was runner-up in the German league in completed progressive passes with 6.51 per game, nearly equaling Piqué and Lenglet’s combined value of 6.73.

Alaba, despite the own goal, marshaled the defence extremely well against Barcelona last season. | Photo by Rafael Marchante/Pool via Getty Images

Throughout Bayern’s dominant Champions League run last season, Alaba stood out. The following graphic puts the defending champion in comparison to the top-five center backs in the tournament.

The length of each wedge corresponds to the selected player’s percentile rank for the stat. They are then compared to top-5 league players who play in a similar position. Each “slice” represents a relevant stat, and a bigger bar represents a higher percentile rank.

Evidently, the 28-year-old was a tournament-leader in all of the passing categories (yellow) and most of the defensive categories (blue) as well.

David Alaba would bring much-needed quality and leadership to the Barcelona backline, and his versatility makes him even more valuable. Whether from a statistical outlook or purely the eye-test, the six-time Austrian Footballer of the Year is truly world-class.

Before all else, there are financial hurdles that the player and Barça need to overcome. All signs are pointing to Bayern letting the Austrian walk for free next summer, and he can begin officially speaking to clubs in January. Reports indicate that he and his agent are asking for a salary of €25 million, although nothing has been confirmed.

With Barça potentially facing bankruptcy in the upcoming days, there’s little chance they can afford to fulfil his wishes. It does help, however, that the club would not have to pay a transfer fee, hopefully freeing up space in the salary bracket in the process.

Signing Alaba may not solve all of Barcelona’s issues, but it would certainly be a step in the right direction. His tactical awareness, ability, and versatility give him all the qualities of a Blaugrana and he would inarguably be a success on the pitch. The two-time Treble winner will be 29 heading into the 2021-22 season, but he’s showing no signs of slowing down.

His rumoured salary demands are lofty, but hopefully, the two parties can reach an agreement because a player of his quality does not come around often, and even less on a free.