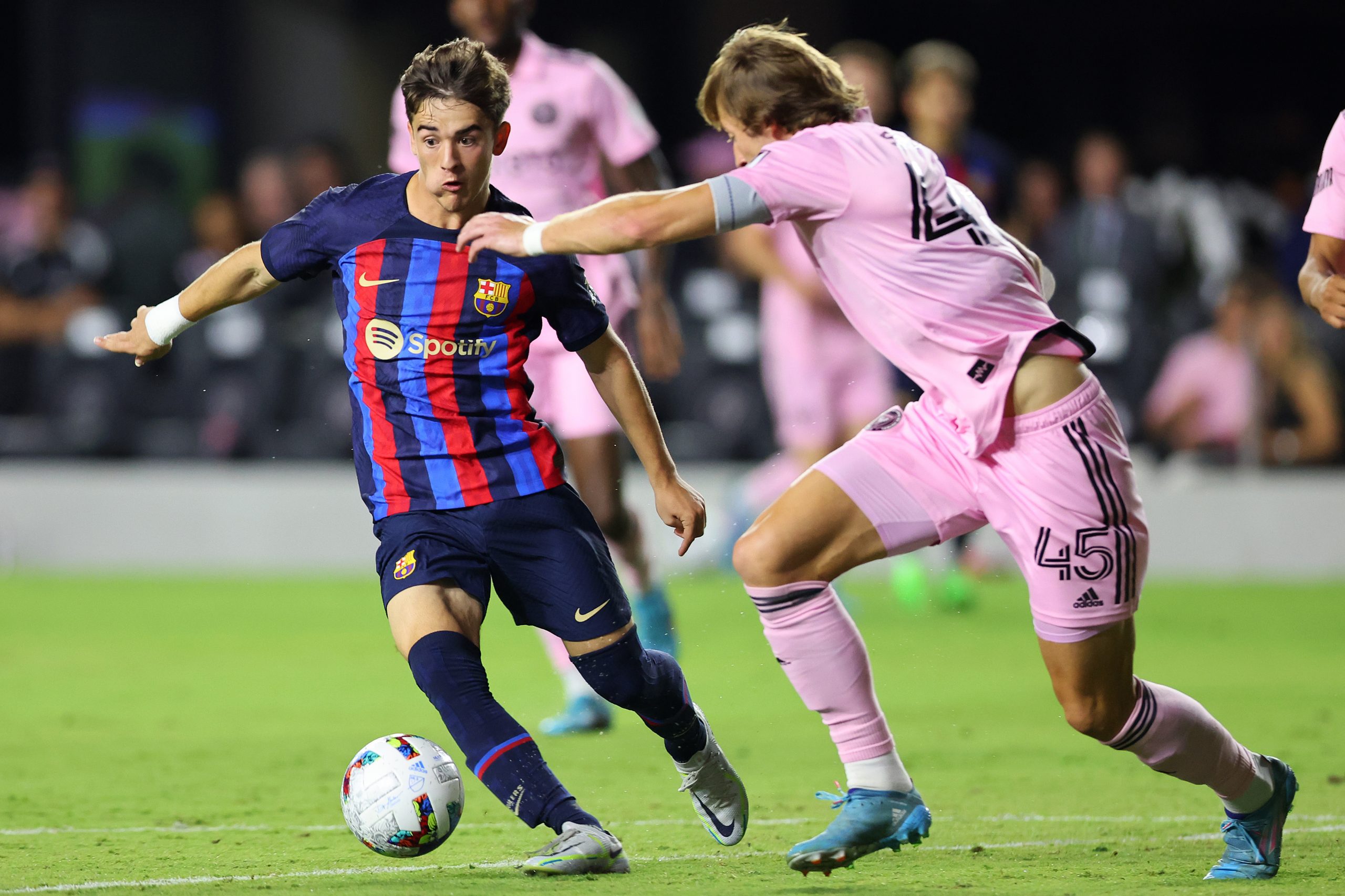 From breaking into the senior team at Barça under former manager Ronald Koeman to becoming a mainstay for club and country, Gavi has made huge strides. One of the best young players in the game currently, Gavi has a bright future and is destined for greatness.

Gavi’s current contract with Barça expires next year and talks over a new deal have been going on for a while now even though an extension is yet to be announced.

There are no real concerns about his future though, as both the player and the club are keen on an extension and a renewal could be only a matter of days.

And with Gavi set to turn 18 this week, it will allow Barcelona to tie him down to a long-term contract reports Mundo Deportivo.

Indeed, as per UEFA guidelines, players under the age of 18 are not allowed to sign contracts that run longer than three years.

“Players under the age of 18 cannot sign a professional contract lasting more than three years. Any clause for a longer period will not be accepted,” according to UEFA guidelines’ section 18.2

It prevented Gavi from signing a three-year contract plus an option of two more years that the club had been proposing. But once the midfielder turns 18 later this week, he will be free of those restrictions and become eligible to sign a long-term contract.

Barça director Mateu Alemany had confirmed the same during Franck Kessie’s presentation last month, stating that everything was in place for Gavi’s contract and an agreement would take place once he turns 18.

In his debut season for Barcelona, Gavi played 34 times in La Liga, scoring twice and setting up six more goals. He also has ten caps for the Spanish national team and looks certain to be a part of Luis Enrique’s squad for the World Cup later this year.