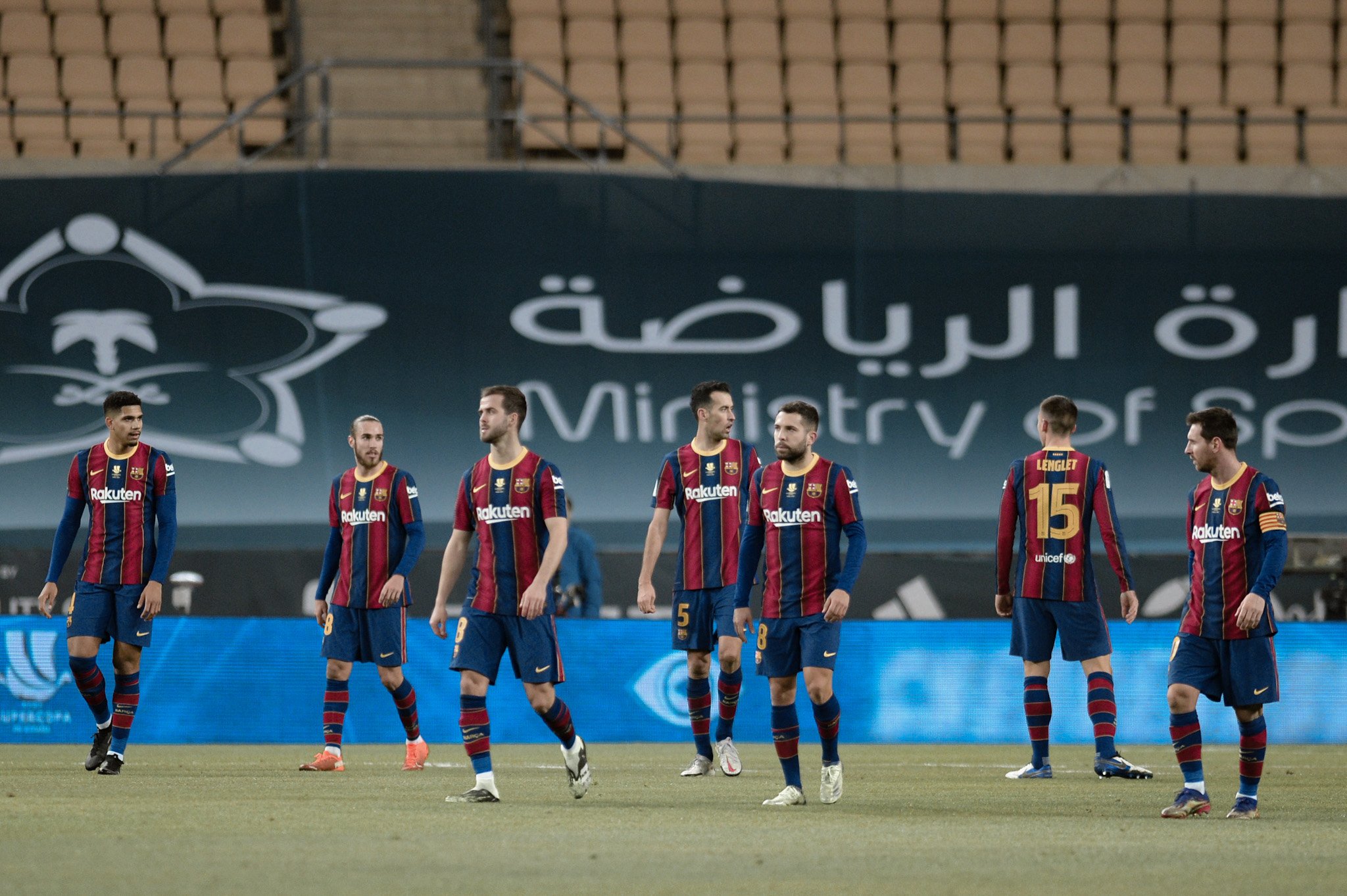 The king is back, long live the king! Those were the Culés’ emotions when they saw Lionel Messi back in the lineup. For their first final in a year and a half, Barcelona had to win, and play well. ‘Play well’, they did not, and especially in the first half.

The first 45 minutes was perhaps the most boring Blaugrana performance under Ronald Koeman. It looked like nobody wanted it. In the first 20 minutes, no team had tested the opposition’s goalkeeper. The best chance of the game, the only one really, came in the 26th minute when Marc-André Ter Stegen continued his excellent form by saving Ander Capa’s shot. The Catalans woke up a bit in the next 20 minutes, but they did nothing worth mentioning.

Antoine Griezmann delivered Barça in the final minutes. Messi found Ousmane Dembélé in acres of space who gave it back to his captain. Messi then passed the ball to Jordi Alba who crossed the ball towards the penalty spot and Griezmann scored from close range. Athletic got their leveller immediately. Right from kick-off, Iñaki Williams’ perfect cross found Oscar de Marcos behind Alba’s back, and the Spaniard took Ter Stegen by surprise.

The worst half of football could not have come at a worse time. Even though the Catalan giants found a bit of life towards the end, Koeman’s men needed to prove that they became big boys, but the occasion might have scared the youngsters.

Again, no domination. Barcelona followed their abysmal first-half display with the same energy in the second half. As Oscar Mingueza replaced Sergiño Dest, the Culés did not think they would get more chances than before.

Athletic went 2-1 up early after Mingueza made a stupid foul near the penalty area. Raul García lept above everyone else and scored in Ter Stegen’s net, but VAR deemed him offside.

READ: Lionel Messi picks a red card for the first time in his club football career

Griezmann then had the chance of a lifetime. Dembélé switched to the left flank and sent Alba through. The diminutive defender’s cross then found Griezmann in acres of space. The Frenchman beat Unai Simon and put his side in front. This was Griezmann’s best performance of the season, and it came in a final. Sergio Busquets also had a complete display. His tackles and his passes were splendid, and he was the best Blaugrana player out there.

In the dying minutes, Athletic found another equaliser. Clément Lenglet fouled Iñaki Williams in front of the box, and the following free-kick found Asier Villalibre who liberated his side from close range.

As stunned as Barça were, they had to go again with Martin Braithwaite on for Dembélé. Koeman thought he had won the wat too early, but Villalibre stunned everyone.

Athletic, more energetic than their counterparts went in front, and what a goal it was. Williams, who was relentless for the whole game, scored the best goal of the night. On the edge of the area, the Basque striker sent the ball right into the top corner and put his side in front. Messi then ended the game by hitting Villalibre, which got him a red card.

After the goal, Barça tried, but they could not get anywhere. The Catalans were shocked, almost dead inside. They went from winning their first title to being on the back foot in four minutes. It was infuriating, and perhaps poetic. Barça lost, Athletic won, but the world keeps on moving. The Catalans must keep their heads up.