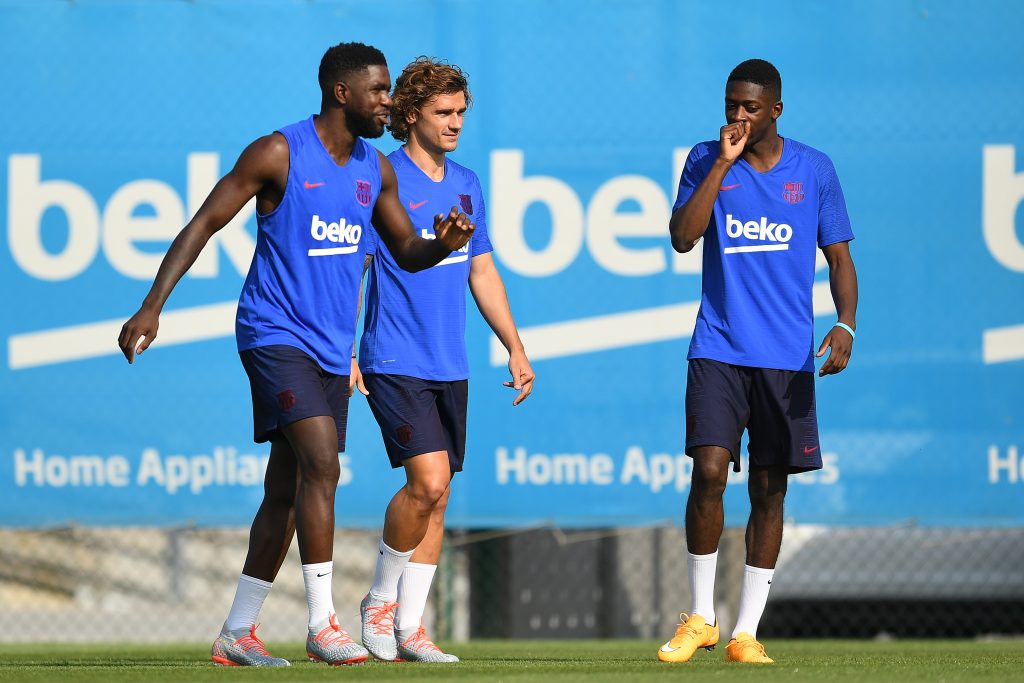 If the latest reports are to be believed, even though they know this could be a rather difficult operation because of their constant injuries, Barcelona are looking to sell both Ousmane Dembélé and Samuel Umtiti this summer.

Of course, both of the French internationals have been extremely unlucky with their fitness issues and, as a result, their market value and interest from other clubs have surely dwindled over time.

The Catalans are very much aware of this. There was some interest reported to be coming from the Premier League, most recently regarding the young winger, but the appeal is not what it once was.

Of course, the French duo is not the only one to be going to the ‘chopping block‘. This summer is looking likely to become an exodus for many players and even though Barcelona want to sell Dembélé and Umtiti, other operations might take priority simply because they’ll be much easier to pull off.

We’re talking about players like Jean-Clair Todibo, Philippe Coutinho and even the likes of Moussa Wagué. The future of the loanees – Rafinha Alcántara, Oriol Busquets and Carles Aleñá – is still in the dark and Quique Setién – or whoever is the coach by that point – will have to assess them during pre-season before any decisions are made.