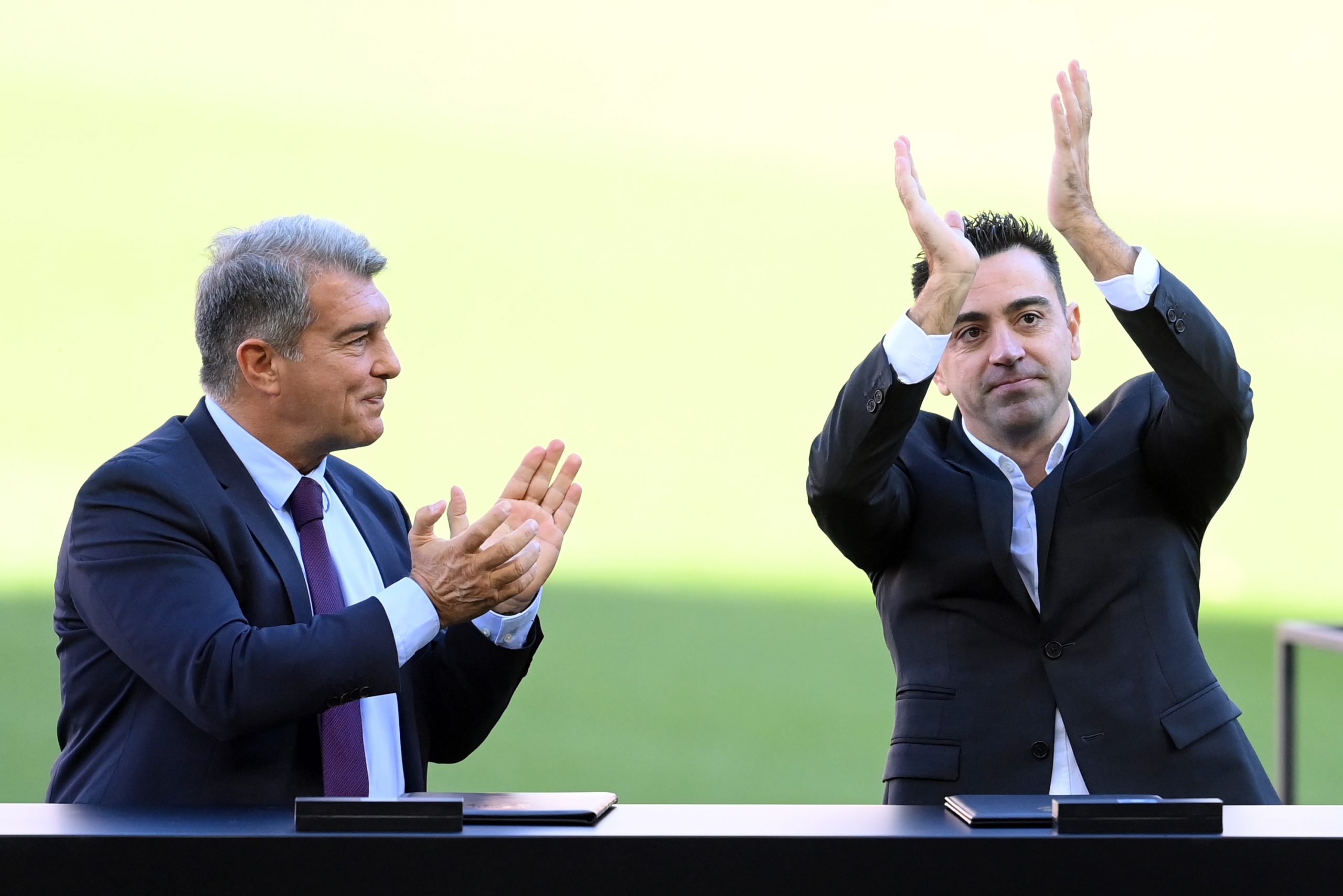 It is no secret at this point in time that Barcelona are on the lookout for a new striker ahead of the January transfer window.

The unfortunate situation with Sergio Aguero, coupled with the injury problems of Martin Braithwaite and Ansu Fati, along with Luuk de Jong being out of favour, have forced the Catalans to scour the market for a new striker heading into the mid-season trading period.

And, Directo Gol is now reporting that the Blaugrana are looking at four players as targets in order to strengthen their frontline in January. As per the claim, the names that Barca are considering are Manchester United’s Edinson Cavani, Manchester City’s Raheem Sterling, Dani Olmo of RB Leipzig and Beijing Guoan forward Cedric Bakambu.

Cavani is in the final year of his contract at Manchester United and has found game-time hard to come by this season due to the presence of Cristiano Ronaldo. The Uruguayan international showed last season that he can still make valuable contributions in front of goal and would be a handy stop-gap option for Barcelona to sign.

As for Sterling, the Englishman has been on the Catalans’ radar since the summer. Having fallen out of favour under Pep Guardiola at Manchester City, the 26-year-old is open to leaving the Etihad in January. Able to play anywhere across the frontline, he would add pace, tactical flexibility and quality to the Blaugrana frontline. And, with Guardiola also hinting at the possibility of an exit, this deal could happen come January.

Dani Olmo, meanwhile, is another player that Barca have had their eyes on since summer. A former La Masia trainee, the Spaniard has thrived at RB Leipzig after a successful spell at Dinamo Zagreb. Not a natural No. 9, the 23-year-old showed during the Euros that he can operate as a false-nine to a great effect. However, Leipzig’s transfer fee demands could prove to be a hurdle for this deal to go through.

Finally, Bakambu is a player that Barcelona have tried to sign and failed twice in the past. A proven goalscorer in Spain from his time at Villarreal, the Congolese striker will also be available for free in January as his contract with Chinese club Beijing Guoan runs out at the end of the year. Will it be third time lucky for Bakambu and Barca? Only time will tell.