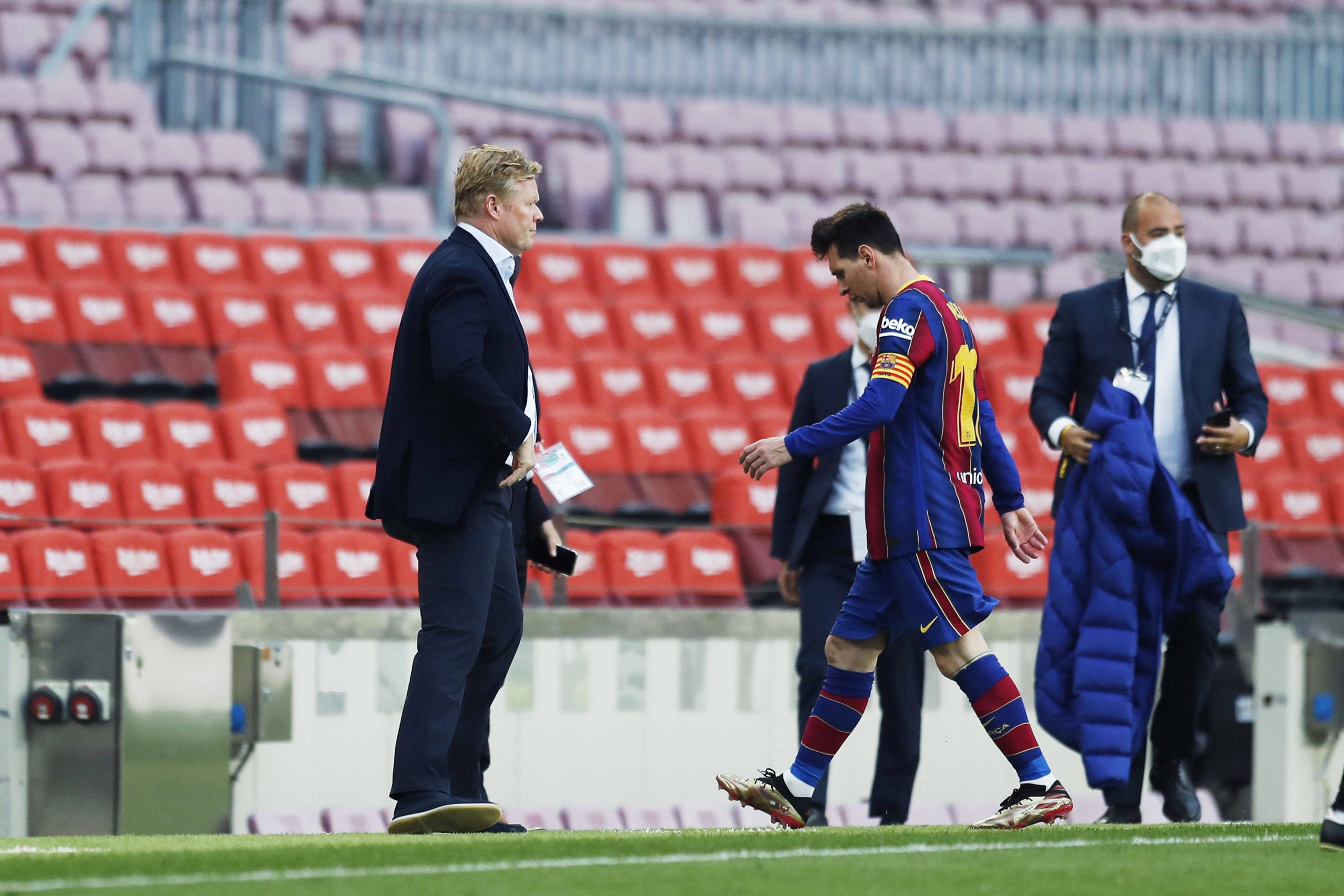 The departure of Lionel Messi will leave a huge void at Barcelona that they may never be able to fill.

However, with the season now approaching fast, the Catalans must do everything they can to try and strengthen their squad as much as they can. Barca have already signed two forwards this summer, with Sergio Aguero and Memphis Depay both arriving on free transfers.

But, as fate would have it, Aguero is already injured and ruled out for over two months. With Ousmane Dembele also sidelined for the foreseeable future and Ansu Fati recently recovering from a serious injury, Barcelona may need to add another forward to their ranks.

While Martin Braithwaite remains an option, the Dane has also been linked with a summer exit. The situation has now forced the Blaugrana to identify three forwards who could come in and aid their push for titles this season, reports Fichajes.net.

As per the report, the first and the most feasible option on Barcelona’s radar is Lazio’s Joaquin Correa. The 26-year-old, who was part of Argentina’s Copa America winning squad with Messi this summer, is headed for the exit doors at Stadio Olimpico, and is being looked at by officials at Camp Nou.

While he is not a natural No.9, Correa brings versatility and flair to the table while also possessing oodles of pace, which makes him an attractive prospect for Barca, according to the report.

The second name on the list is that of Arsenal striker Alexandre Lacazette. The 30-year-old is in the final year of his contract with the Premier League giants and has been linked with several clubs already this summer.

While he has not always been a prolific goalscorer, Lacazette will add a greater threat in and around the box for Barcelona and could arrive on favourable terms for the Catalan giants.

The final player that the club are looking at, as per the aforementioned outlet, is Valencia’s Maxi Gomez. A proven performer in La Liga, the 24-year-old hasn’t had the easiest of times at the Mestalla and could be open to a change of scenery. With Los Che in turmoil financially, Barcelona could potentially exploit that.

All said and done, how the Catalans would be able to pay for a new signing and fit them onto their wage bill remains a major quandary.