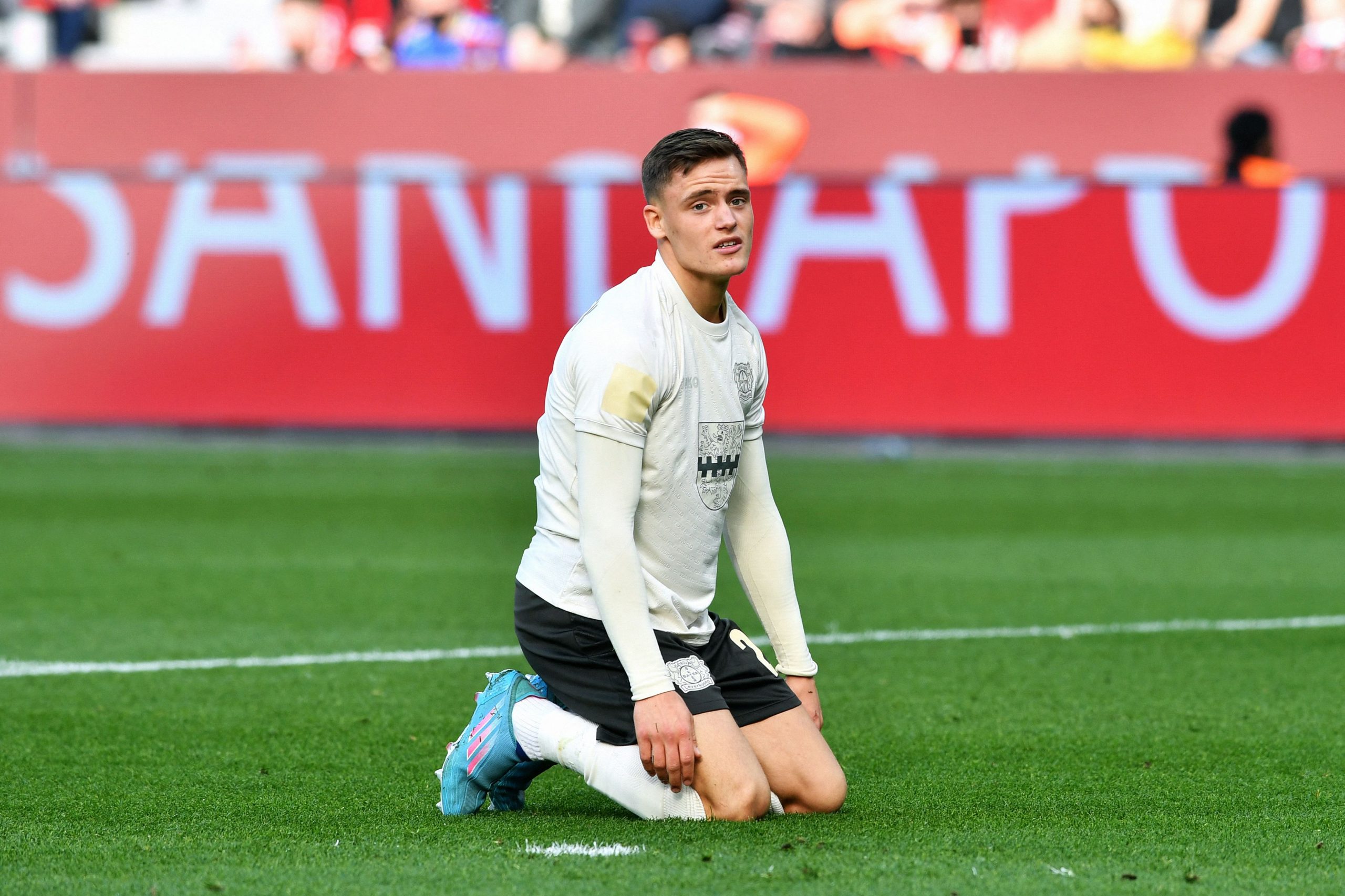 Bayer Leverkusen’s young midfielder, Florian Wirtz, has said that he used to idolise Lionel Messi while growing up and that he also had posters of the former Barcelona captain hanging in the room alongside those of Ousmane Dembele and Pierre-Emerick Aubameyang.

Wirtz, 18, has created plenty of buzz thanks to his exhilarating displays in the German Bundesliga and the Europa League.

The versatile midfielder, who has been used across three different positions, has netted 10 times while also providing 16 assists in 30 appearances across all competitions. His return was bound to capture strong attention and the market certainly didn’t disappoint.

As reported by Fabrizio Romano earlier in March this year, Real Madrid, Bayern Munich and Barcelona are only a few teams who are keeping a keen eye on the youngster and his recent comments on Messi, Dembele, and Aubameyang might add fuel to fire.

“I actually had a few posters hanging in the room,” he told Sky Germany.

“Lionel Messi, Ousmane Dembele and Aubameyang, for example. My first jersey, however, was Messi’s Argentina jersey. When I was little, he was the best player. Nobody can play like him,” he added.

It’s certainly not the first time Wirtz has spoken highly of Barcelona, or in this case the Barcelona players. Back in January 2021, he publicly admitted that while growing up, he dreamt of playing for Barcelona, and the dream hasn’t died to date.

“I always want to be the best. As a kid, I dreamt of playing for Barcelona. That has not changed, but it can wait,” he had said.

With a valid contract until 2026, the 18-year-old is rightly expected to continue with Bayer as those interested are willing to see how the trajectory of his performances turns over the next couple of years.