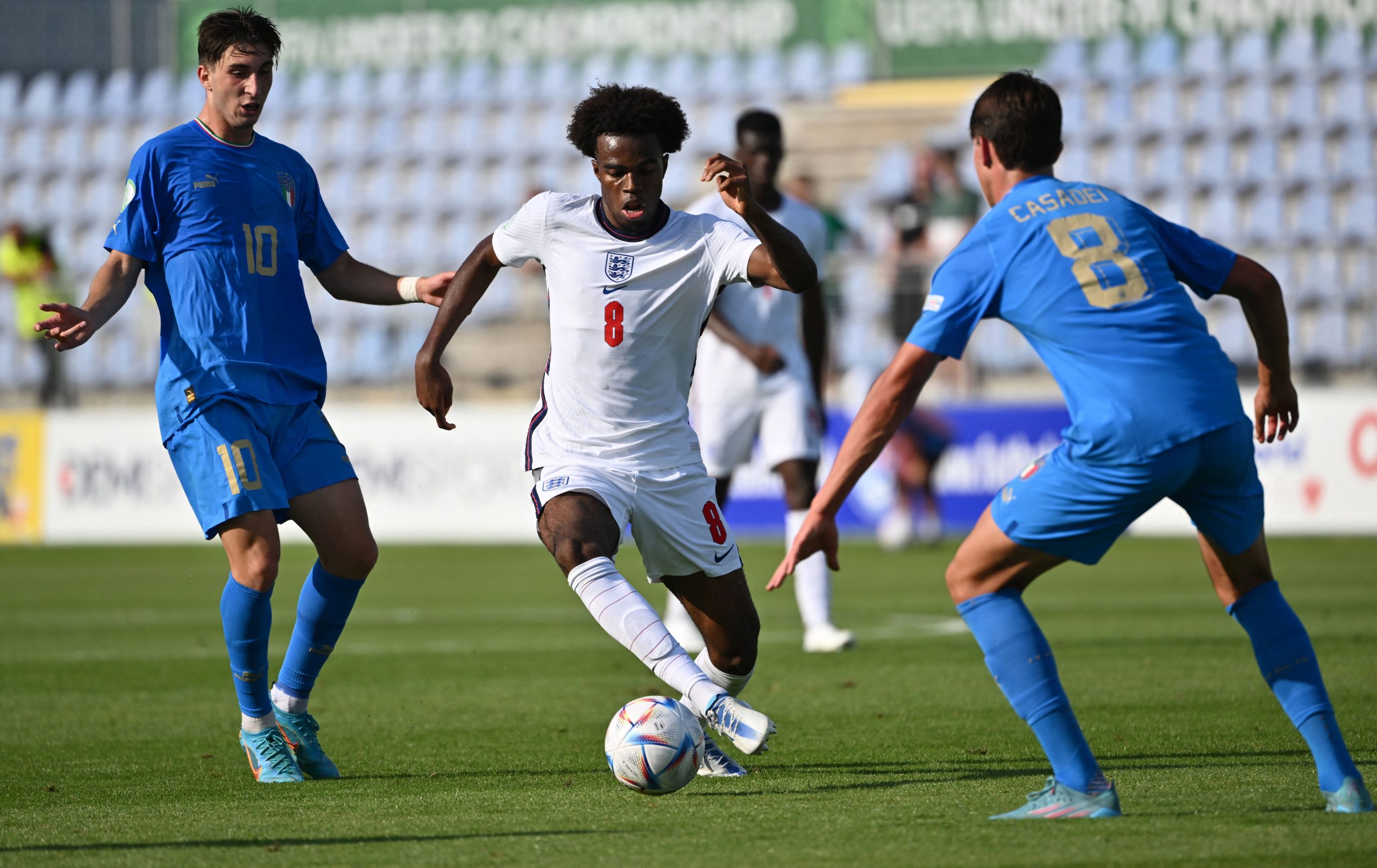 It has been a great week for Barcelona fans as they sealed the signings of Robert Lewandowski and Raphinha and had Ousmane Dembele re-sign with the club.

The focus has now shifted to the signing of Jules Kounde from Sevilla, who is another top target for the Blaugrana. At the same time, the Catalan giants are also looking to add another prodigious youngster to their ranks in the form of Carney Chukwuemeka.

The 18-year-old Aston Villa wonderkid has entered the final year of his contract with the club and has refused to sign a new deal as of yet. He was left out of the pre-season tour by manager Steven Gerrard as a result.

Now, Fabrizio Romano is reporting that Aston Villa are ready to sell Chukwuemeka and Barcelona are leading several European clubs in the race to sign the teenage prodigy.

The Italian journalist had reported earlier that the La Liga heavyweights were ‘seriously interested’ in the young midfielder.

Since then, it has been claimed that Barça had begun negotiating with Aston Villa over a possible transfer, although Chukwuemeka was not seen as a priority by the club at the moment.

But Romano is now reporting that Barcelona have pulled in front in the race to sign Chukwuemeka. A special talent, the young midfielder has been in and around the Villa first-team setup for a while now.

The teenager was also one of the stars of England’s U-19 side that won the UEFA U-19 European Championships this summer and was named in the Team of the Tournament.

Such exploits have alerted a whole host of clubs in the continent. But it is Barcelona who are leading the pursuit of the 18-year-old Chukwuemeka.

However, it remains to be seen how the Blaugrana manage to fund the move, having spent lavishly for Raphinha and Lewandowski already, while they will need to shell out a significant fee four Kounde as well.