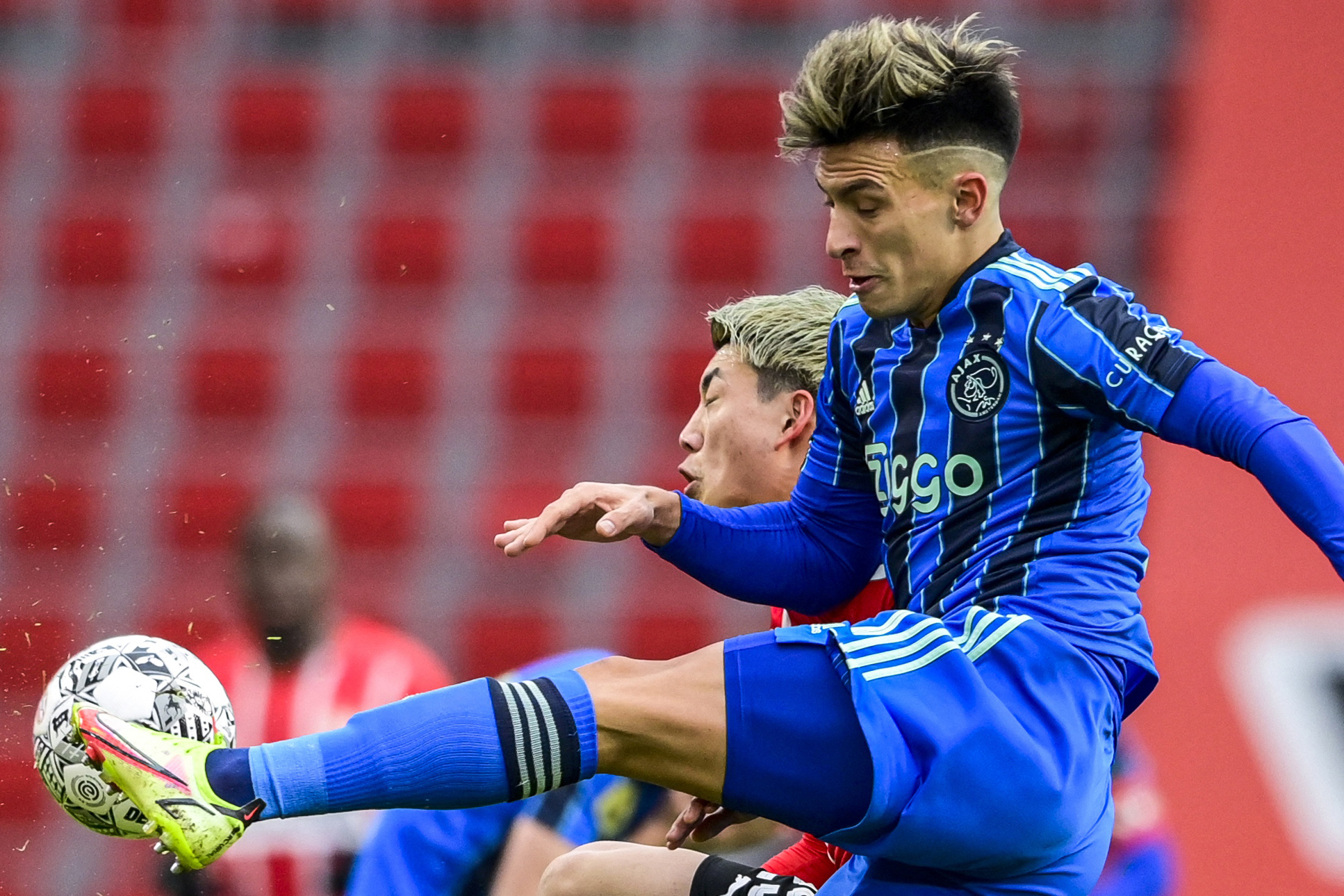 Ajax defender Lisandro Martinez is no longer being considered by Barcelona. Although the team has been monitoring him since January, journalist Toni Juanmarti, via ManagingBarca has confirmed that the Catalan outfit has no interest in pursuing the Argentina youngster.

There is no secret that Barcelona were once actively pursuing a strong centre-back, but since capturing Andreas Christensen from Chelsea, they have cooled down their search mainly because they now have as many as seven centre-backs in their ranks.

It has been rightly argued that Pique, at 35 years of age, does not really have much left in his tank, and this is exactly why Martinez’s link with Barcelona had surfaced in January in the first place.

Martinez, 24, has a contract with Ajax until 2025 but was expected to cost Barcelona much lower than the other options in the market.

On top of that, if signed, the defender wouldn’t have asked for a significant pay rise, meaning that he would have fit perfectly into Barça’s scheme of things.

But since Barcelona have a lot of options to explore within their roster, they have decided not to pursue the Argentinian.

Martinez started off his footballing journey with Lionel Messi’s former side Newell’s Old Boys. After two successive seasons with Defensa y Justicia, Martinez finally made his much-awaited trip to Europe, joining Ajax in May 2019.

In his debut season with the Dutch, he made 41 appearances across all competitions while scoring two goals. The 2020-21 football season has arguably been his best so far in his brief career.

The defender scored three goals in 42 matches in all competitions and was a key component of Ajax’s charge to their 35th Eredivisie title. He also won the domestic KNVB Cup that season.