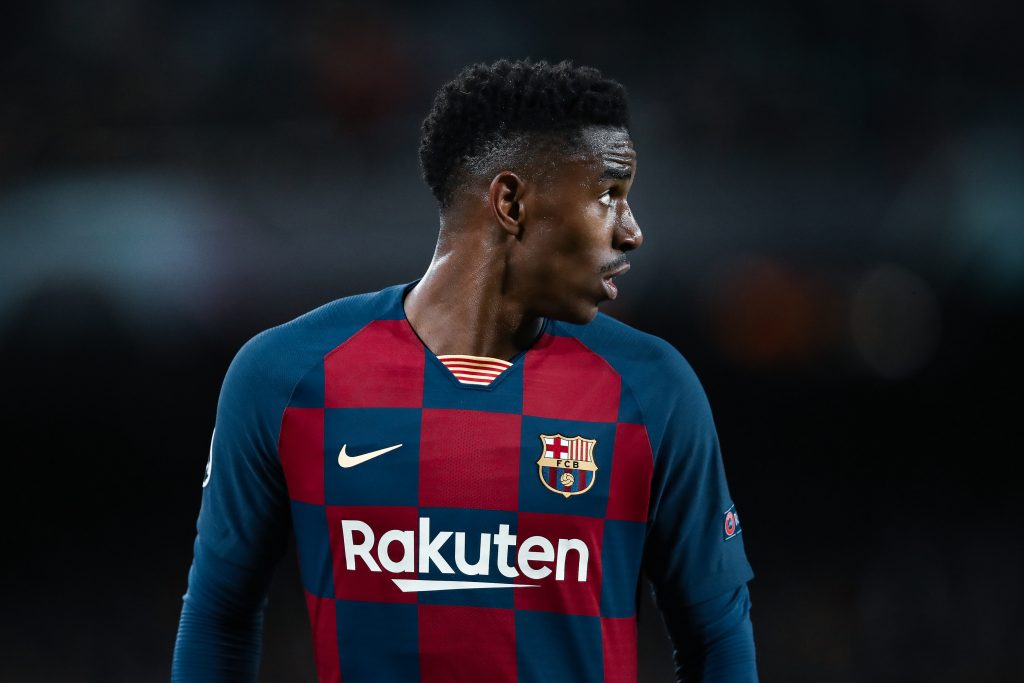 In his first campaign at Barcelona, Junior Firpo has far from impressed, and he has apparently been put in the transfer market as a way to make a bit of the much-needed money.

The left-back position, and full-back in general, has caused Barcelona more than one headache in recent years. Jordi Alba, in impressive form in his first two seasons with Valverde, is not getting any younger or better, and his replacements have offered no guarantees. His natural successors in La Masía, in Álex Grimaldo, Marc Cucurella and Juan Miranda, were not given enough chances to prove their value. And by chances we mean consecutive appearances in La Liga, rather than in a fully-rotated side in the Copa del Rey.

Meanwhile, other youngsters who showed a great level elsewhere have not been able to translate it to Barcelona. Lucas Digne and Junior Firpo are the prime examples. Digne is now excelling at Everton, but, in spite of his superb technical quality, he never shrugged off his shyness on the Camp Nou pitch. Something similar is happening to Junior. It was the current Barça coach, Quique Setién, who first showed faith in him at Betis, giving him his debut and promotion to the senior squad. He exploited his biggest virtues as a wing-back, and this attracted interest from the likes of Real Madrid, Liverpool or Barcelona. After winning the U–21 Euros in the summer of 2019 with Spain, it was the blaugranas who wrapped up his signing in the end.

Before signing for Barcelona, Junior Firpo was the starting left-back in the Spanish side that won the U–21 Euros in 2019 | Photo by Emmanuele Ciancaglini via Imago

As Ernesto Valverde didn’t trust Miranda, despite having chosen him in the 2018 preseason, the academy graduate was loaned to Schalke. Even so, Miranda hadn’t played a single minute in La Liga, so, either way, the club needed a back-up left-back the coach could rely on. The operation for the veteran Filipe Luis didn’t go through, and the much younger and promising Junior was acquired for a significant €18 million plus €12 million in add-ons. While the Dominican Republic-born player had only spent a year and a half in the First Division, it seemed a strong addition to the squad.

But Barcelona is like nowhere else. The pressure and the tactical context demand the footballers cognitive and technical abilities that possibly aren’t been needed at any other club. Adapting is rough and performing is tough, let alone doing it on a regular basis and displaying enough promise to be a starter for many years. Like Digne, Firpo hasn’t managed to let loose his timidity and insecurity to play with personality and confidence. Supposed to be an attacking full-back, he has been hesitant in the offensive phase and vulnerable in defence.

❛ Mixed feelings: perhaps I have played more games than I thought, but the feelings have been grey ❜

Junior Firpo
on his first season at Barcelona

At the Benito Villamarín he had exhibited bravery to go forward, quality for the passing game, and capacity to cover the entire flank. Yet Barça is a whole new world. With technical problems and also regarding his awareness and reading of the game, he has not added the expected competition to Alba, although Jordi has been performing significantly below his average too. Tactically, Junior was used to being a wing-back in front of a back 3 at Betis, meaning he was not asked to have a key role in the build-ups. This has changed in Catalonia, in a four-man backline in which he is required to have a very high technical and mental precision and speed.

And, while at Betis the left wing was mostly for himself on his own, at Barcelona he has had to complement his movements with those of a more advanced winger. With a lack of understanding and timing, the Spaniard has not managed to find the time and space to make consistent and threatening arrivals into the box. Nor has he been a weapon with the through balls of quarterback Messi. Not to mention the defence part, in which he has struggled to be reliable with the many metres left behind.

Junior Firpo, as demonstrated with the Verdiblancos, has some excellent conditions to be an outstanding full-back in modern football, in which they have to be offensive and involved in the attacking phase. However, the question is whether he has the conditions to be the azulgranas‘ starting left-back one day. And having the conditions means having the necessary raw material, as well as the learning capacity to acquire the knowledge he is lacking.

❛ This season has not been easy for me, I had a small injury when I was in my best form too. I want to show the player that I really am and the reason for which I was signed, which has not yet been shown ❜

Because, undoubtedly, Junior has many errors to polish, but can he do it? Is it a matter of patience and confidence, or of conditions? Maybe what’s missing is to make the most out of a potential he certainly has. Or, being honest, 99% of footballers out there are not suited or good enough to play for Barça, and Firpo could perfectly be one of them. Once more it has been proved that, to have a back-up, making a successful signing isn’t as ideal or straightforward as it seems. Trusting youth and La Masía should have come first in the pecking order, but the board has not yet learned from a mistake they keep repeating.

Now Barcelona need money, almost desperately. Junior, who is still only 23 and whose quality has not been forgotten yet, could be an obvious name to put in the transfer market and earn a small portion of the club’s much-needed cash. That’s what the Catalans seem to have done, as he could be used in a swap deal or be sold to, for example, Roma, who are interested in him according to La Gazzetta dello Sport. The problem, though, is that, if he is sold, the replacement is not expected to be a La Masía graduate. It could instead be an uninspiring free agent like Kurzawa, or someone that would not be much cheaper than what Firpo would be sold for. But there’s no better solution than looking at the academy first.