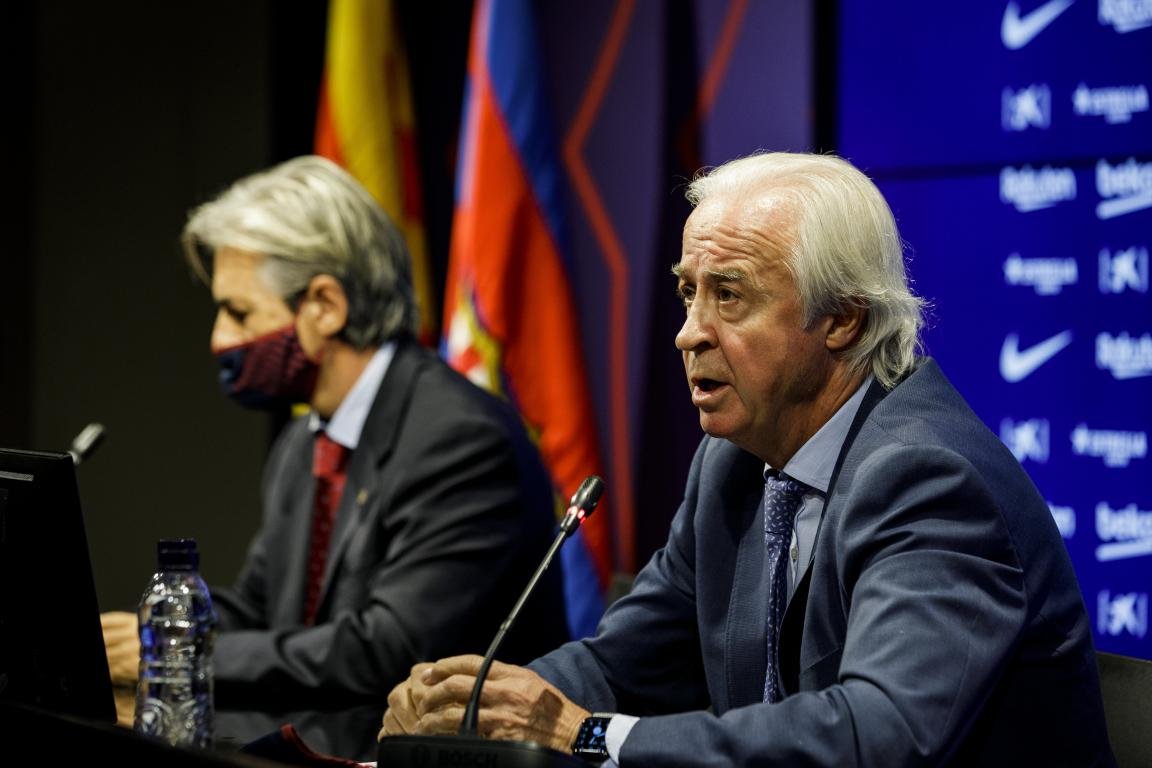 The current situation in Barcelona’s upper hierarchy is far from ideal, to say the least. While we’re still waiting for the presidential elections to be completed, the Catalans have an interim in charge, Carles Tusquets.

Of course, while Tusquets holds a certain role that comes with some fraction of power, most of the decisions the club is to take have to be put off until the new board is in place. However, if he chose to do so, the interim would still be able to do business, transfers included.

But Joan Laporta, one of the favourites in the race for the position, warned Tusquets not to finalise any kind of signings, specifically that of Eric García, due to the club’s poor financial situation. Laporta addressed the interim and his board in a letter on January 22 and essentially stated his concern over Barcelona’s reported business plans.

However, now, according to Cat Radio, Tusquets has answered Laporta’s plea with a warning of his own. The same source reveals the interim has told the presidential candidate that he shouldn’t threaten the Management Committee to pursue his own agenda.

It seems that Tusquets believes the only reason why Laporta is urging him not to sign García is for his own benefits and the apparent concern for the club is nothing but a guise.

Of course, for us, there is simply no way of knowing but we do know this exchange between the interim and the potential new president hasn’t been all that pleasant. On the contrary even, both sides were quite harsh in their execution.

At the moment, the elections are set to conclude on 7 March and voting by e-mail should also be possible. But nothing is set in stone and circumstances can still change.

Hopefully, the issue is resolved sooner rather than later for the better of everyone involved.