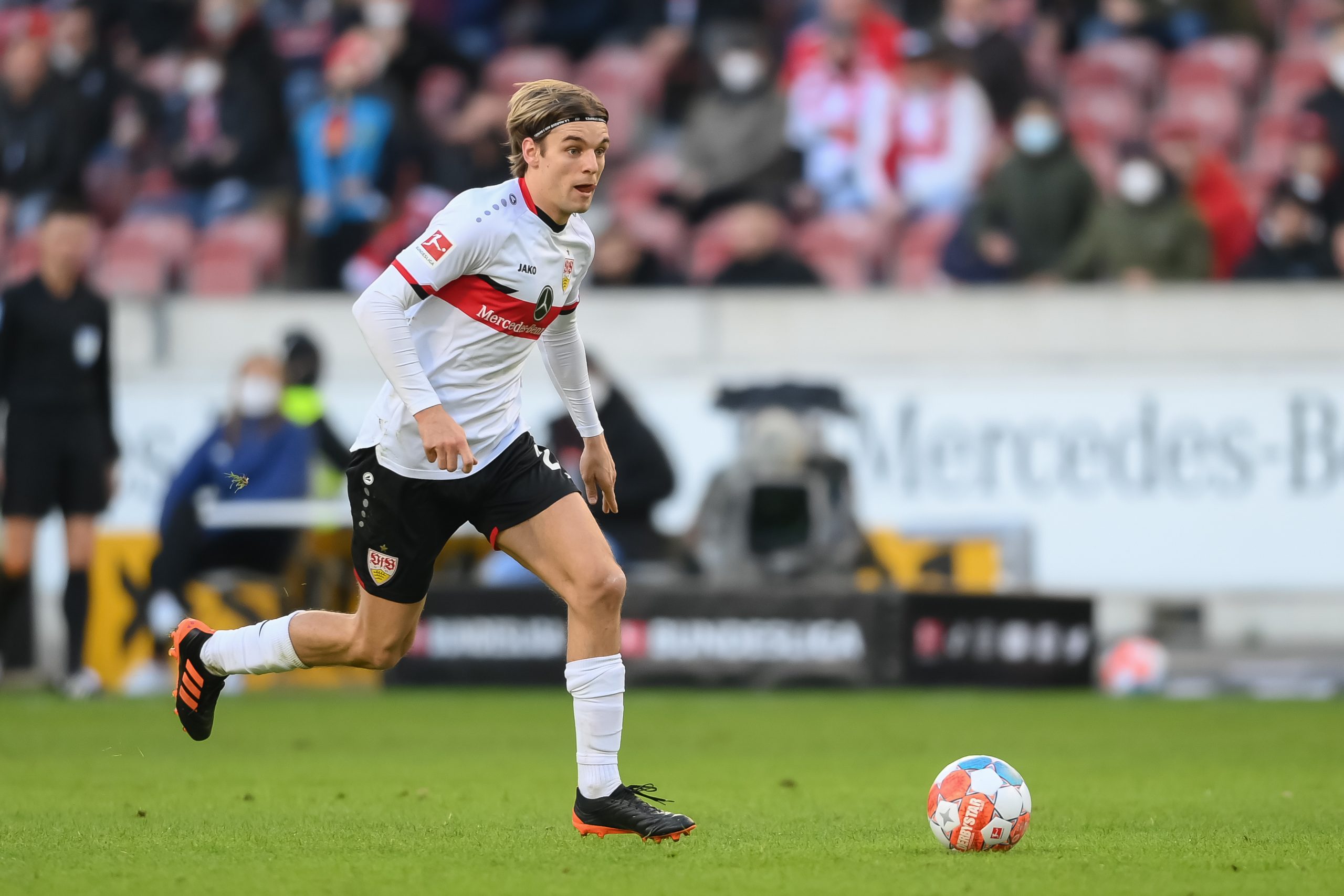 Barcelona’s search for a new left-back has seemingly taken them to the Bundesliga as they are eyeing a summer move for VfB Stuttgart defender Borna Sosa.

This claim comes from Sky Germany’s Marc Behrenbeck, who states that Barça are very keen on signing Sosa and had him scouted last Friday when he was in action in the Bundesliga against Borussia Dortmund.

The 24-year-old left-back rose through the academy ranks at Croatian club Dinamo Zagreb and made 41 senior appearances before moving to Germany in the summer of 2018.

Sosa has only become a regular in the starting XI for Stuttgart since last season and is enjoying an impressive 2021/22 campaign. In 25 appearances across all competitions, he has netted two goals and assisted eight more for his teammates.

A full Croatian international with five caps to his name, Sosa has managed to catch the eyes of the Barcelona scouts. The update from Marc Behrenbeck also goes on to state that the Catalan giants have already approached the left-back’s agents and are holding talks over a possible move.

Sosa has a contract with Stuttgart that runs until the summer of 2025. However, there is a release clause worth €25 million embedded in it that interested clubs can trigger to sign him in the summer window.

Barcelona have been scouring the market for a new left-back ahead of next season. The Blaugrana intend to sign a player who can provide cover and compete with Jordi Alba for the starting berth before eventually taking over as the first-choice left-back.

Jose Gaya had long been the priority for Barça. But all signs point towards him signing an extension at Valencia.

It remains to be seen who Barcelona decide to sign in the summer. For now, though, Sosa has emerged as a target and talks are being held over a possible move.