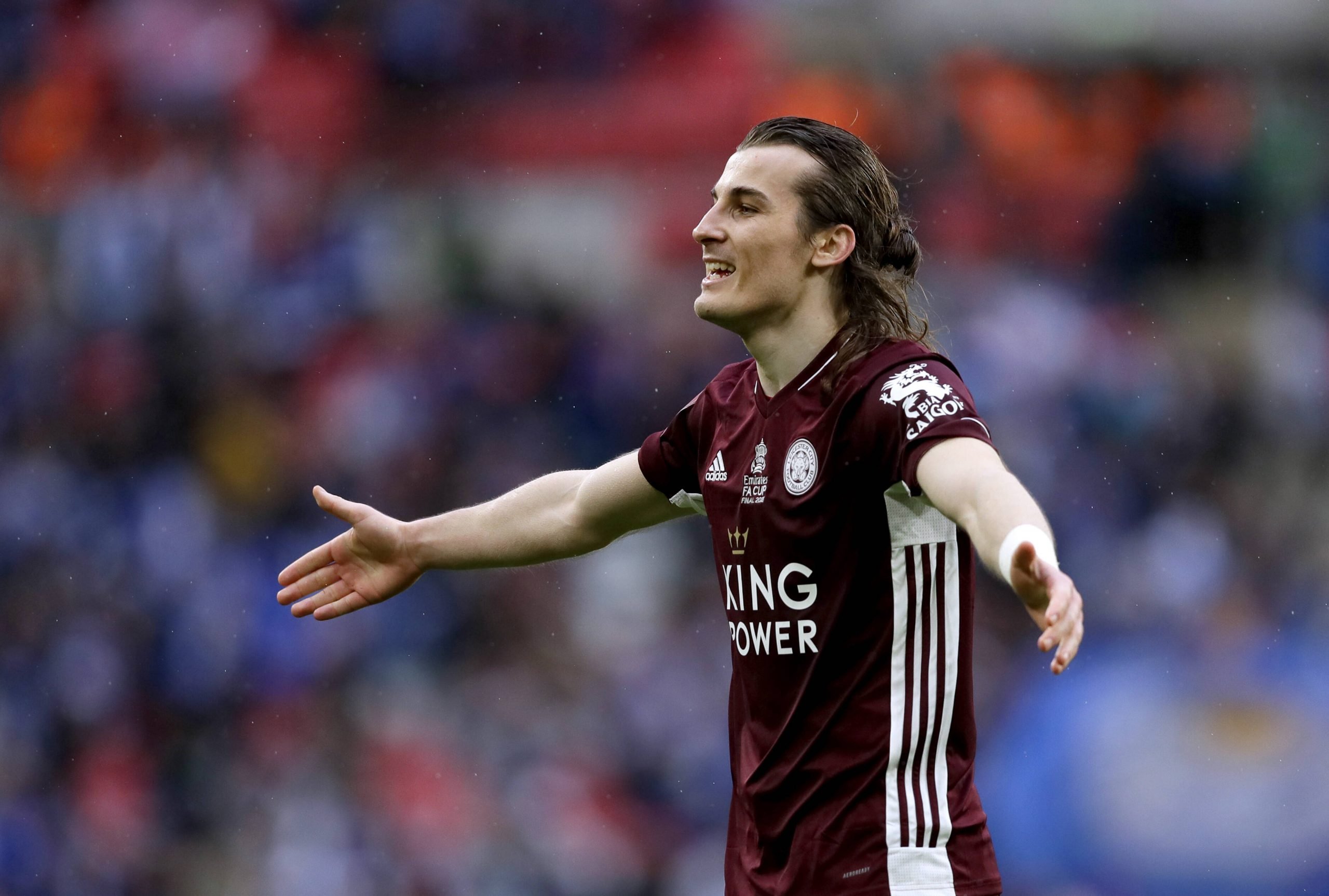 Photo by Kirsty Wigglesworth via Imago

Ever since the ending of the 2020/21 season, there have been rumors in the Spanish media linking Barcelona to a center-back. According to Spanish outlet AS, Barça have reinstated their interest in Leicester City’s Caglar Soyuncu. The Turkish defender joins the long list of center-backs who have been linked to Barcelona in the past few weeks.

Over the past two seasons, Soyuncu has proved to be an integral part of Brendan Roger’s team. The 25-year-old has amassed 74 appearances for the Foxes since the beginning of the 2019/20 season. He missed a major chunk of the first half of the season due to an injury. Otherwise, the number would have been significantly higher.

It’s not the first time that Barça have been linked with the Turkish sensation. Reportedly, the Catalan club targeted Soyuncu in the summer of 2016 as well. The Turkish defender’s former agent Mustafa Dogru has claimed that Barcelona tried to sign the youngster in 2016.

“It is possible that Barcelona could sign Caglar this summer, as they wanted to sign him before he moved from Altinordu to Freiburg in 2016. We negotiated with them back then, and they presented an interesting project,” said Mustafa about his client.

Soyuncu still has 2 more years on his contract and the Foxes value him around €50 million. The Catalan club has already signed Eric Garcia from Manchester City on a free deal. However, the club’s performance in the last four years shows that the defense needs restructuring. On top, there are some serious doubts about the futures of Clement Lenglet and Samuel Umtiti.

Gerard Pique is also entering the final stages of his career, battling with fitness issues. Soyuncu might fit in the bill perfectly here as he led the club to a successful transition after Harry Maguire moved to Manchester United in 2019.

Barça’s president, Joan Laporta, has already mentioned that more players will be coming to Camp Nou this season. The board and the team management are looking for options to bolster the defense. It will be interesting to see who Barça will end up pursuing in the summer transfer window.