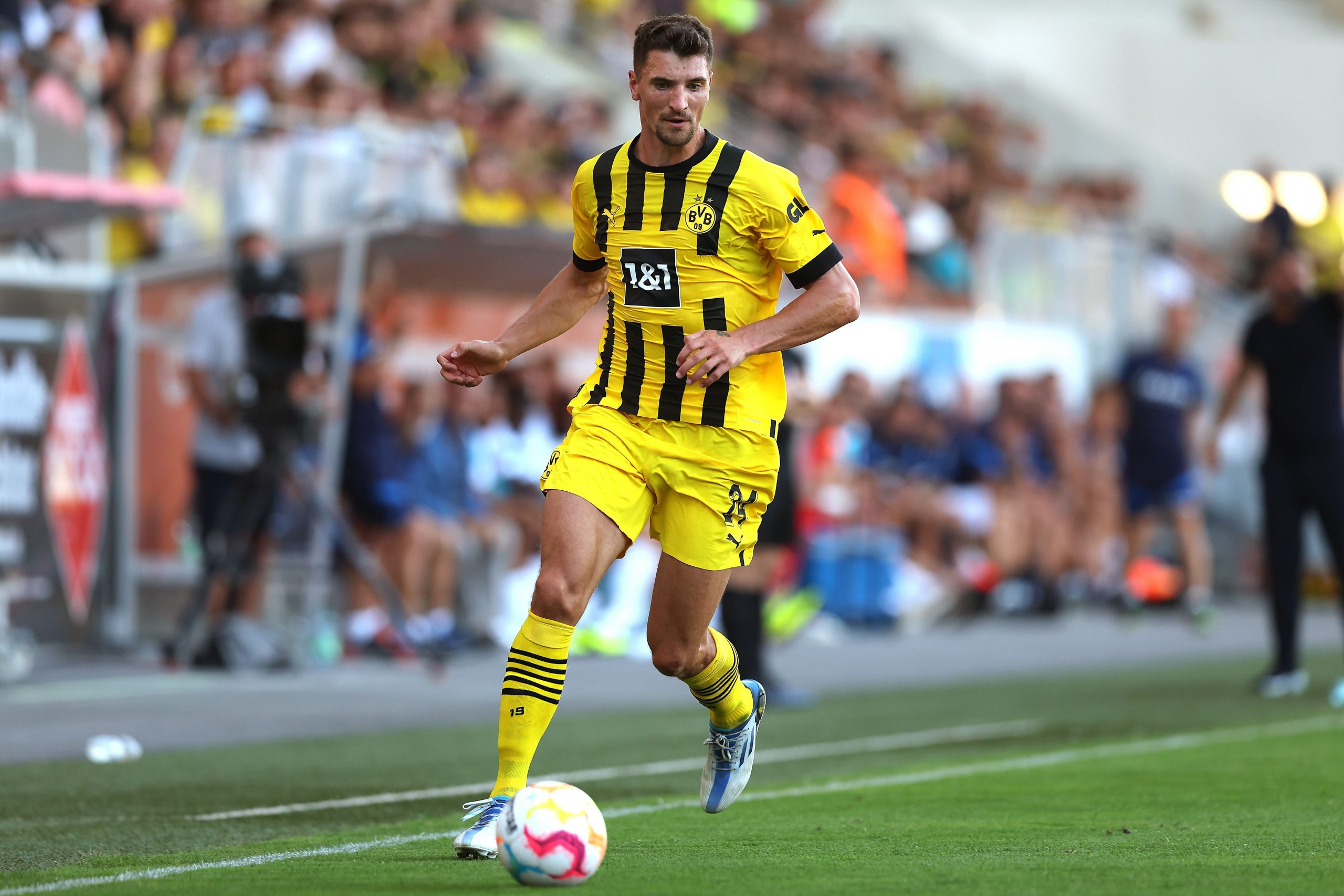 Earlier today, Gerard Romero reported that Barcelona’s pursuit of Chelsea captain Cesar Azpilicueta had ended after the defender decided to stay at Stamford Bridge and sign a new deal.

The Spanish international had been Barça’s top target for the right-back position this summer following the exit of Dani Alves this summer. However, the Blaugrana asked for him to wait for a while so that they could resolve the La Liga Fair Play issues before making a move.

However, Azpilicueta wanted his future resolved before the start of the Premier League season and has hence opted to stay back at Chelsea. It has now forced the Catalans to look for alternatives for the Blues’ skipper in the transfer market.

And, as per SPORT, Barcelona have identified Borussia Dortmund right-back Thomas Meunier as an alternative for Azpilicueta this summer.

The Belgian international was on the radars of Barça during the January transfer window, with advisor Jordi Cruyff holding talks with him to explain the project at the club. However, Dortmund ended up blocking the move as they did not have enough time to acquire a replacement.

However, that could change now as there is still plenty of time left in the transfer window for the Germans to bring in a replacement in case they were to let Meunier sign for Barça.

The 30-year-old still has two years left on his contract which might prompt Dortmund to demand a sizeable fee for his services. However, Barcelona are likely to press ahead with his pursuit as Sergino Dest is no longer seen as a viable option and has been put up for sale.

Manchester United are already showing an interest in signing the USMNT star and could be willing to pay his €20 million asking price, which Barça can use to fund a move for Meunier.