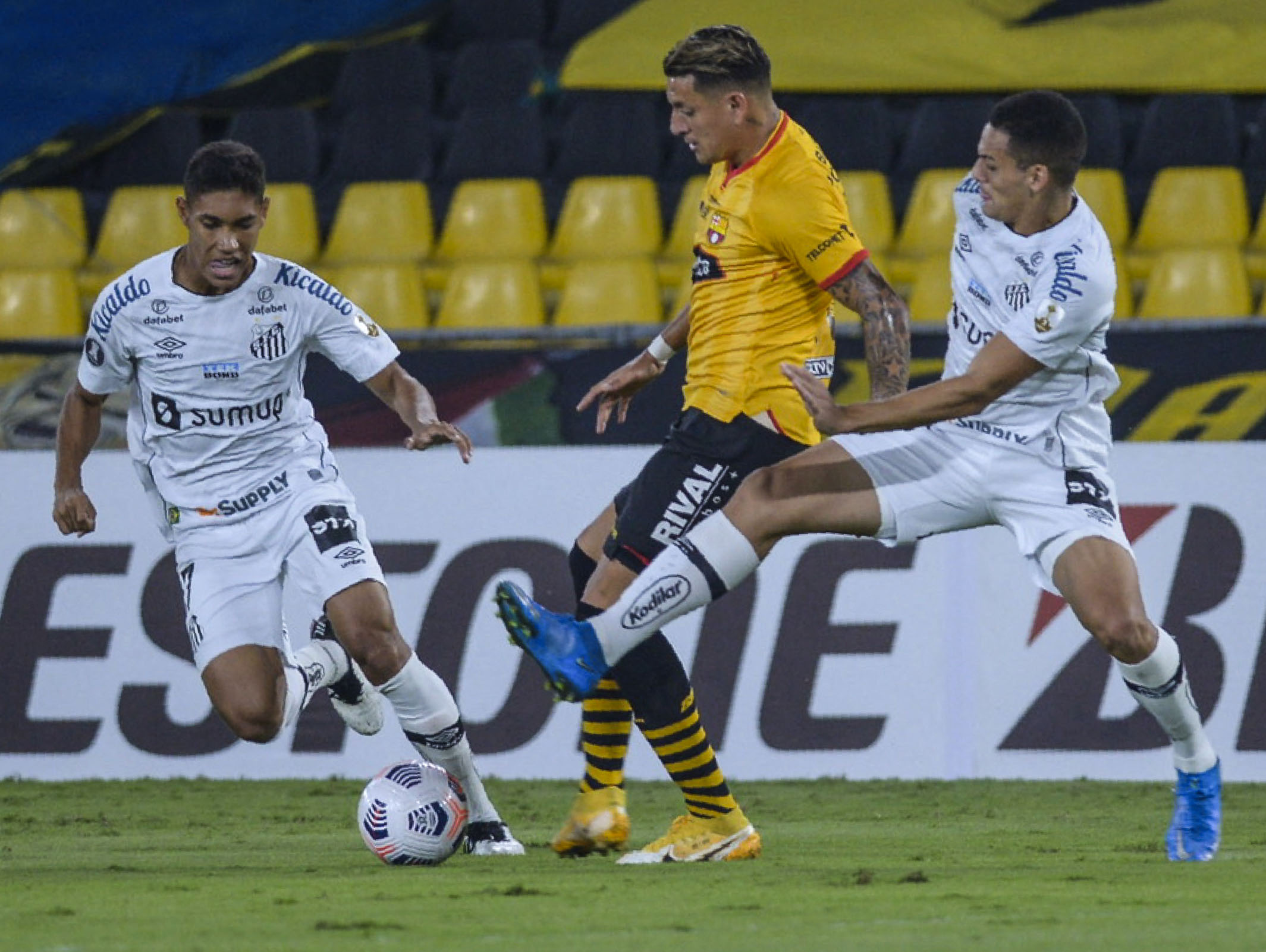 According to a report from SPORT, Barcelona have the opportunity to snap up two Brazilian youth sensations if they are willing to match their price tags.

The Catalans, who have a strong scouting network in Brazil, appear to have a preferential buy option on two Santos youngsters in Kaiky and Angelo.

Kaiky, not to be confused with his namesake who plays for Manchester City, is a centre-back at Santos, who had made his breakthrough in the Brazilian top flight in 2021, racking up 15 appearances in the Serie A.

Standing at 1.86m, the youngster has earned a solid reputation for his imposing figure at the back. And at just 18, he has shown tremendous maturity and aggression, essentially becoming a key part of Santos’ defensive unit, with almost 50 competitive appearances for the team.

Kaiky is said to be valued at €20 million. Barcelona can secure his services in the summer if they wish to match the figure, though it appears to be unlikely as the club are more intent on signing proven talents such as Andreas Christensen and Antonio Rudiger.

Another player offered to Barça is Angelo Gabriel. He is an explosive winger, who was notably promoted to the senior side at the start of last year.

Since then, the forward has featured in 62 competitive appearances for Santos. A year younger than Kaiky, the attacker is evidently a bit more experienced than his teammate and is thus valued at €35 million.

Although Angelo’s tally of two goals and two assists in 62 matches is slightly underwhelming, it should be mentioned that the attacker has barely played a starting role in any of those matches.

Even so, Barcelona are unlikely to shell out such a fortune on a relatively inexperienced 17-year-old talent, who is largely unaware of the club’s style of play.

The same can be said for Kaiky as well, with Joan Laporta and co. much more likely to use the fund on offering lucrative contracts for various free agents available across Europe this summer and build a super-team capable of competing in the Champions League next season.