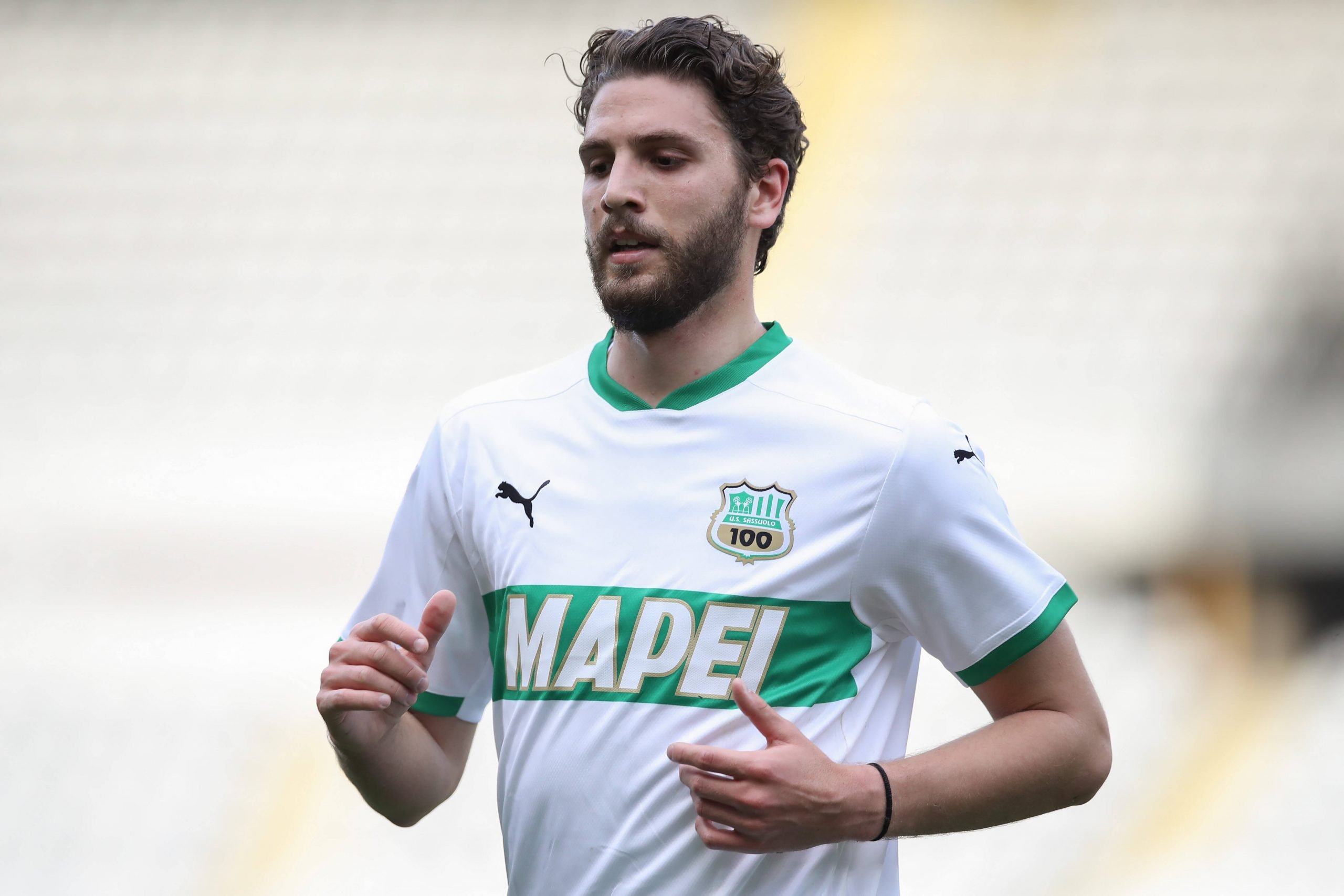 Over the last two seasons, Barcelona’s midfield seemed to have reached a saturation point, with the likes of Ivan Rakitic, Arturo Vidal, Arthur, and even Sergio Busquets performing way below the level expected of them. However, replacing the first three was an easy task, and has already been fulfilled by Pedri, Frenkie de Jong, Riqui Puig, and maybe even Ilaix Moriba. Replacing Busquets, though, remains one of the most difficult tasks.

While the Octopus of Badia seems to be on an incredible redemption arc, MD reports that Barcelona have short-listed four players who could replace him. This list includes Sassuolo’s Manuel Locatelli, Real Sociedad’s Mikel Merino, and Stade Rennes’ Eduardo Camavinga.

This particular list seems pretty fascinating, though. Particularly because two of the three midfielders do not even operate as defensive midfielders. Camavinga is a box-to-box midfielder who closely resembles someone like N’Golo Kante or 2021’s de Jong. On the other hand, Merino occupies a very Iniesta-like role as an 8.

Locatelli, though, could turn out to be an intriguing option. The Italian has been the cornerstone of Roberto De Zerbi’s brilliant Sassuolo, who are fighting for a European spot in Serie A. Locatelli has pitched in with three goals and an assist, but the latter does not do justice to his playmaking numbers. In fact, compared to Busi’s 0.8, Locatelli completes 1.1 key passes per game and has created as many big chances in the league as the 32-year-old (5).

Busquets has been Barça’s constant through the transition from Xavi-Busquets-Andres Iniesta to what seems to be another great midfield in the form of de Jong-Busquets-Pedri. Replacing someone as consistent as him will be far from an easy task, and poor research like this can go a long way to hurt the club’s future and potentially the player’s career. That said, Joan Laporta and co. must not forget Nico Gonzalez and Jandro Orellana are part of the next generation of La Masia talents that could take the world by storm.